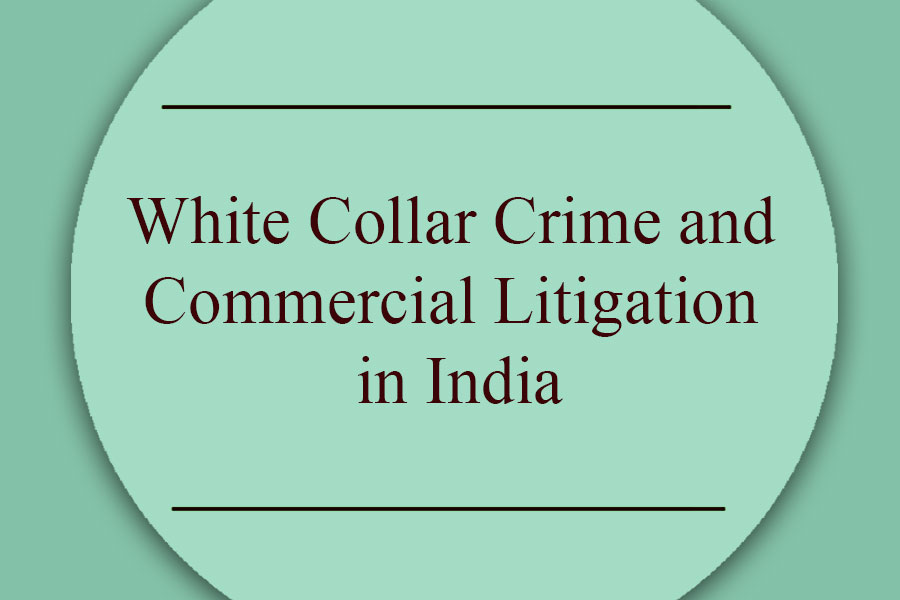 Since the liberalization of the Indian economy in 1991, the Indian Government has shown an unwavering commitment to economic reforms.  Today, India is the world's sixth-largest economy by nominal GDP, with a positive market sentiment and increased investor confidence. This growth has been accompanied with a proliferation of business operations, commercial transactions, and entrepreneurship.

India’s laws can be broadly bifurcated into civil laws and criminal laws.  While civil laws are intended to protect the personal and business rights of people, criminal laws deal with maintaining law and order, and identify offences with corresponding punishments. Criminal offences are considered to be either against the State, or against individuals, or both.

India has a separate set of Courts for criminal and civil cases, until the case is in a High Court or the Supreme Court of India, in which case also separate benches are constituted to hear and decide criminal cases and civil cases. The large backlog of cases in Indian Courts is not new. Despite efforts of constituting special tribunals, encouraging arbitration and conciliation, and having provisions in law for compounding offences, the number of cases pending in Courts keeps growing. Naturally, the delays in hearing cases and passing judgments has an adverse effect on the efficacy of our legal process.

Over time penal provisions have been introduced in several civil and commercial laws, for example for dishonour of cheques, and violations of company law. These include imprisonment on being convicted and sentenced. Further, the power of pre-conviction arrest is made available to an increasing number of agencies. In addition to the police, this currently includes the Central Bureau of Investigation, Enforcement Directorate, Narcotics Control Board, and Serious Frauds Investigation Office. With the backlog in pending cases, and the increasing complexities of commercial transactions, matters such as alleged fraud, cheating, money laundering and criminal breach of trust have resulted in several alleged white collar crime undertrials being arrested and held in prison, awaiting bail or acquittal for such alleged offences.

The access to information technology and the quick rise of the digital economy to vast sections of population has changed the economic and social background of criminals.  Crimes involving fraud, bribery, corruption, cyber threats such as ransomware, spear phishing; counterfeiting, insider trading, embezzlement involving publication of falsified balance sheet of business, passing of goods, concealment of defects in the commodity for sale etc., racketeering, larceny as well as terrorism are now crimes that are agnostic to the educational, economic and social background of perpetrators.

In the recent past, India has witnessed several pre-trial arrests of corporate heads and directors, in what are alleged to be large scale frauds. This also results in change of the management/ boards, criminal proceedings against the conspirators including directors/ promoters, attachment of assets of large conglomerates, and a spate of insolvency actions.

The Indian Penal Code has different provisions dealing with offences affecting the human body, and offences against property and in respect of documents.  Though the nature of these offences is different, the Criminal Procedure Code does not differentiate between them, and white collar crimes are considered to be at par with certain heinous offences.  For instance, in white collar crimes the evidence, which is mainly documentary in nature, is collated and kept in the custody of the prosecution very early in the investigation.

However, of late the investigation agencies often take coercive action against the accused persons, including arrest, travel restrictions, and attachment of property, claiming that evidence can be tampered with, or that the accused person may flee the country.
Imprisonment involves the loss of personal liberty, a fundamental right enshrined in Article 21 of the Indian Constitution.  Yet, in case of ultimate acquittal, there is no accountability or consequence on the State or arresting agency.

There are undertrials who have been in prison for longer than the maximum sentence that can be imposed on them for the crimes they are charged for, which is a fallout of the delays in the judicial system.

Safeguards are often spoken of in judgements of the Supreme Court and High Courts, but the reality of such undertrials being in prison continues. In the case of Arnab Manoranjan Goswami vs The State Of Maharashtra decided on 27 November, 2020, the Supreme Court said “Liberty across human eras is as tenuous as tenuous can be. Liberty survives by the vigilance of her citizens, on the cacophony of the media and in the dusty corridors of courts alive to the rule of (and not by) law. Yet, much too often, liberty is a casualty when one of these components is found wanting.”  and further “The doors of this Court cannot be closed to a citizen who is able to establish prima facie that the instrumentality of the State is being weaponized for using the force of criminal law. Our courts must ensure that they continue to remain the first line of defense against the deprivation of the liberty of citizens. Deprivation of liberty even for a single day is one day too many.”

Though the courts enunciate the doctrine of "bail is a rule, jail is an exception" on the premise that it safeguards the fundamental right to life and liberty, when it comes to several alleged offences, including white collar offences, the same principle is too often ignored on the premise that economic offences are committed with cool calculation and deliberate design with an eye on personal profit, regardless of the consequences to the larger community.

Another critical issue is the relatively inadequate understanding of complex corporate and financial matters, such as the nuances of intricate accounting or financial transactions.  Law enforcement agencies may also be lacking the sophistication of complex market practices, which underlie several corporate transactions.

On the subject of the technological revolution, while it has benefitted several aspects of life across the country, it has largely left the subordinate judiciary untouched, particularly the trial courts that have the bulk of work in criminal matters. Even the higher judiciary could well use available technology, with adequate safeguards, to enhance efficiency in categorising and deciding cases, and also increase the involvement of appropriate experts to aid in complex cases.