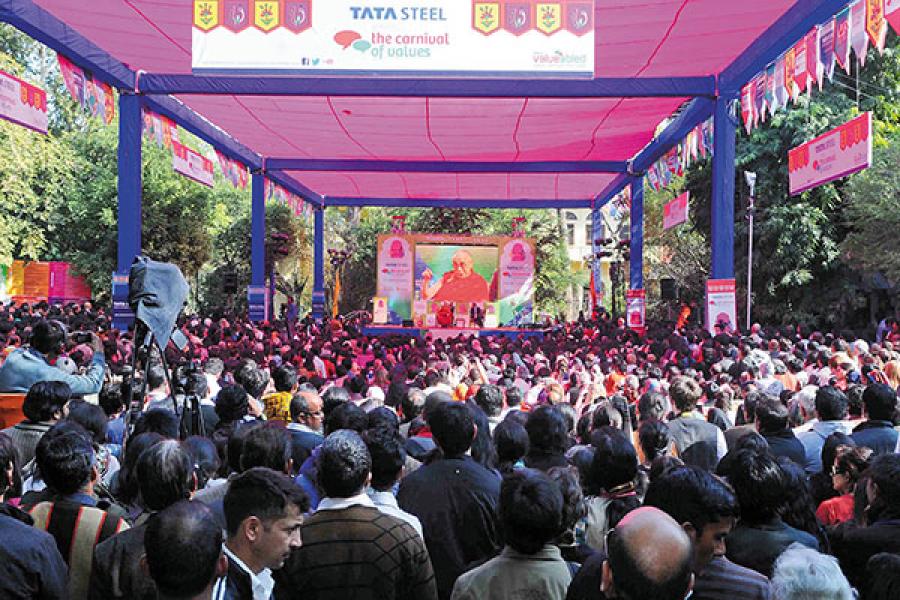 In 2012, going by the press coverage, the Jaipur Literature Festival had one guest who couldn’t show up thanks to threats from fundamentalist Muslim groups, Salman Rushdie, and another guest, Oprah Winfrey, who did get there. This despite the very tangible presence of luminaries such as Michael Ondaatje, Richard Dawkins, Tom Stoppard, Lionel Shriver, Ben Okri, David Remnick, and a galaxy of others.

The 2103 edition had no celebrities-for-celebrity’s-sake, and so fewer star-struck gawkers and sensation-seekers. That, plus some rethinking of the venues—one new hall, a larger tent, the music stage at a different location, the delegates’ lunch area moved to a secluded corner—and the fact that some of the sessions were being webcast live,  and what one experienced was a far more spacious festival. Of course there were crowds—I could barely get my nose into the Dalai Lama’s press conference, let alone his event, and Rahul Dravid was there to release a book on MAK Pataudi, and his local following as Rajasthan Royals captain, as if his national stature wasn’t enough, saw milling multitudes overflowing the front lawns—but it all felt far less frenetic than the last few years had been. There was place to dawdle, lawns to lounge on, more casual eating options on-site (but atrocious coffee), stalls to browse at aside from the official bookstore, and much less of the Maha Kumbh Mela feel as people moved from venue to venue.

On stage, the discussions were of a high standard, with international literary stars like Booker Prize winner Howard Jacobson, Orange Prize winners Linda Grant and Madeline Miller, Commonwealth Prize winner Aminatta Forna, Samuel Johnson Prize non-fiction winners Frank Dikkoter, Wade Davis and Orlando Figes, the ‘rockstar philosopher’ Michael Sandel, Sebastian Faulks, Elif Batuman (top of the polls for ‘festival crush’ among the younger literati), Pico Iyer and Indian big names like Mahasweta Devi, Manil Suri, Shobhaa De, K Satchidanandan, Amit Chaudhuri, Jeet Thayil and many others in standing-room-only sessions. And audience participation was informed and enthusiastic (though of course, it wouldn’t be a lit festival if there weren’t a few elderly gentlemen—they’re almost always men—rising to say they hadn’t a question, but would like to make a short comment).

Sanjoy Roy, festival producer, and William Dalrymple one of the festival directors (with Namita Gokhale) told us separately, that while last year’s JLF was bigger, they considered this edition to its best to date. This despite the festival losing money this year. The hole in the coffers can be easily repaired; as Dalrymple told us, it means they need to pay more attention to selling JLF to sponsors. The event itself has come of age, no longer needing to borrow glitz from touring celebrities, and with a firm place in the world’s literary calendar.  Will I go back next year? Hell yeah! 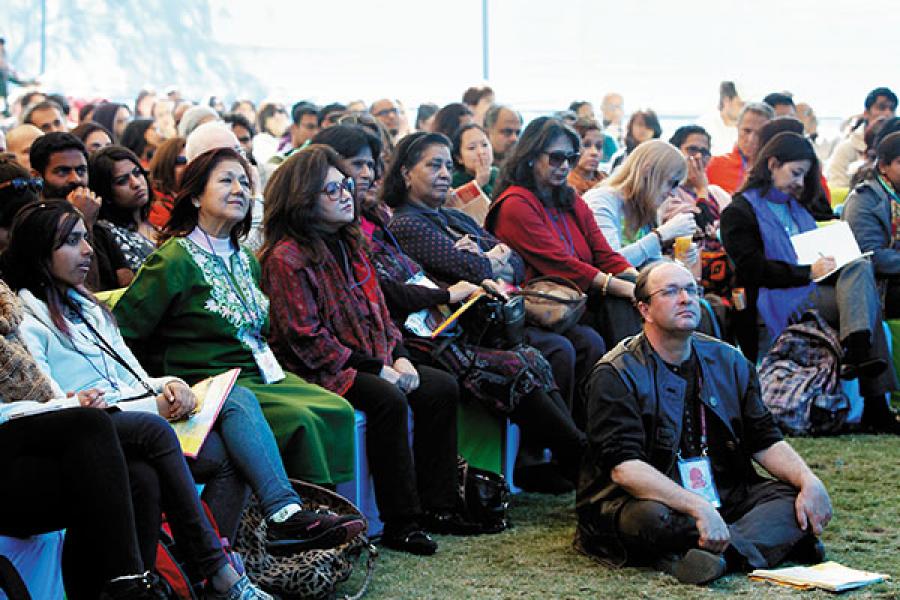 Image: Getty Images
Most sessions were packed. Even festival co-director William Dalrymple could only find place on the carpet


See forbesindia.com/blog/ category/life for audio interviews with Sanjoy Roy, William Dalrymple and others, and more photographs. 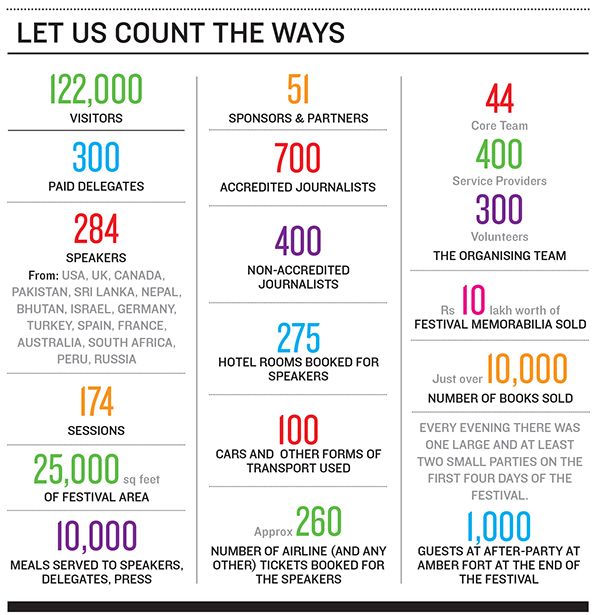 Tweets by @forbes_india
One Billion People, One Billion Opportunities
Malay Mukherjee's Learnings from the Metal Industry