A Danish entrepreneur vented on Twitter that even though his spouse had a better credit score and other factors in her favour, her application for a credit line increase had been denied, in what doesn't seem to be an isolated case of discrimination with Apple's credit card. The criteria used by the Apple Card are now being scrutinised by the New York State Department of Financial Services 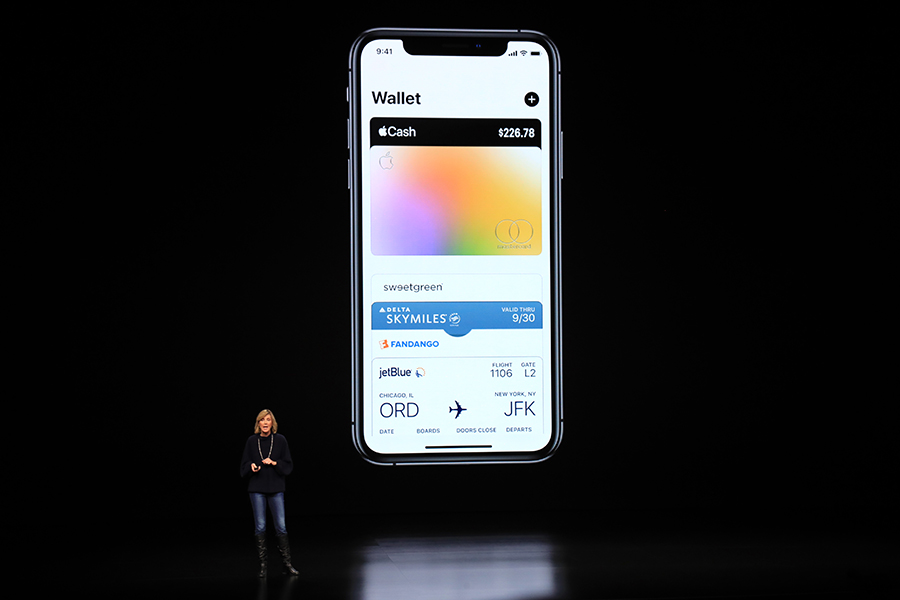 
Something curious happened when a husband and wife recently compared their Apple Card spending limits.
David Heinemeier Hansson vented on Twitter that even though his spouse, Jamie Hansson, had a better credit score and other factors in her favor, her application for a credit line increase had been denied. The prominent software developer wondered how his credit line could be 20 times higher, referring to Apple Card as a “sexist program” (with an expletive added for emphasis). The card, a partnership between Apple and Goldman Sachs, made its debut in the United States in August. “My wife and I filed joint tax returns, live in a community-property state, and have been married for a long time,” he wrote Thursday on Twitter. “Yet Apple’s black box algorithm thinks I deserve 20x the credit limit she does.” Hansson’s tweets caught the attention of more than just his 350,000 followers. They struck a nerve with New York state regulators, who announced Saturday that they would investigate the algorithm used by Apple Card to determine the creditworthiness of applicants. Algorithms are codes or a set of instructions used by computers, search engines and smartphone applications to perform tasks, from ordering food delivery to hailing a ride — and yes, applying for credit. The criteria used by the Apple Card are now being scrutinized by the New York State Department of Financial Services. “Any algorithm that intentionally or not results in discriminatory treatment of women or any other protected class violates New York law,” an agency spokeswoman said in a statement Saturday night. “DFS is troubled to learn of potential discriminatory treatment in regards to credit limit decisions reportedly made by an algorithm of Apple Card, issued by Goldman Sachs, and the Department will be conducting an investigation to determine whether New York law was violated and ensure all consumers are treated equally regardless of sex,” the statement said. An Apple spokeswoman directed questions to a Goldman Sachs spokesman, Andrew Williams, who said that the company could not comment publicly on individual customers. “Our credit decisions are based on a customer’s creditworthiness and not on factors like gender, race, age, sexual orientation or any other basis prohibited by law,” Williams said. David Hansson did not respond to an interview request Saturday night. His wife’s experience with the Apple Card, the first credit card offering by Goldman Sachs, does not appear to be an isolated case, however. Steve Wozniak, who invented the Apple-1 computer with Steve Jobs and was a founder of the tech giant, responded to Hansson’s tweet with a similar account. “The same thing happened to us,” Wozniak wrote. “I got 10x the credit limit. We have no separate bank or credit card accounts or any separate assets. Hard to get to a human for a correction though. It’s big tech in 2019.” In addition to Goldman Sachs, Apple partnered with Mastercard on the Apple Card, which the companies hailed as a revolutionary “digital first” credit card that had no numbers and could be added to the Wallet app on the iPhone and used with Apple Pay. A spokesman for Mastercard, which provides support for Apple Card’s global payments network, referred questions to Goldman Sachs. David Hansson, a Danish entrepreneur and California resident, is known for creating Ruby on Rails, a popular computer coding language used to create database-backed web applications. He is an author and decorated race car driver on the Le Mans circuit, according to a biography on his website. In a subsequent tweet, he said that the Apple Card’s customer service representatives told his wife that they were not authorized to discuss the credit assessment process. He said that customer service employees were unable to explain why the algorithm had designated her to be less creditworthy but had assured his wife that the bank was not discriminating against women. An applicant’s credit score and income level are used by Goldman Sachs to determine creditworthiness, according to a support page for the Apple Card. Past due accounts, a checking account closed by a bank for overdrafts, liens and medical debts can negatively affect applications, the page stated. On Friday, a day after David Hansson started railing on the Apple Card’s treatment of female credit applicants, he said his wife got a “VIP bump” to match his credit limit. He said that didn’t make up for the flawed algorithm used by Apple Card. He said many women had shared similar experiences with him on Twitter and urged regulators to contact them. “My thread is full of accounts from women who’ve been declared to be worse credit risks than their husbands, despite higher credit scores or incomes,” he said.