Apart from spelling out its Jio Gigafibre strategy, Ambani also talked about plans to create synergies through an ecommerce platform for its retail and digital operations 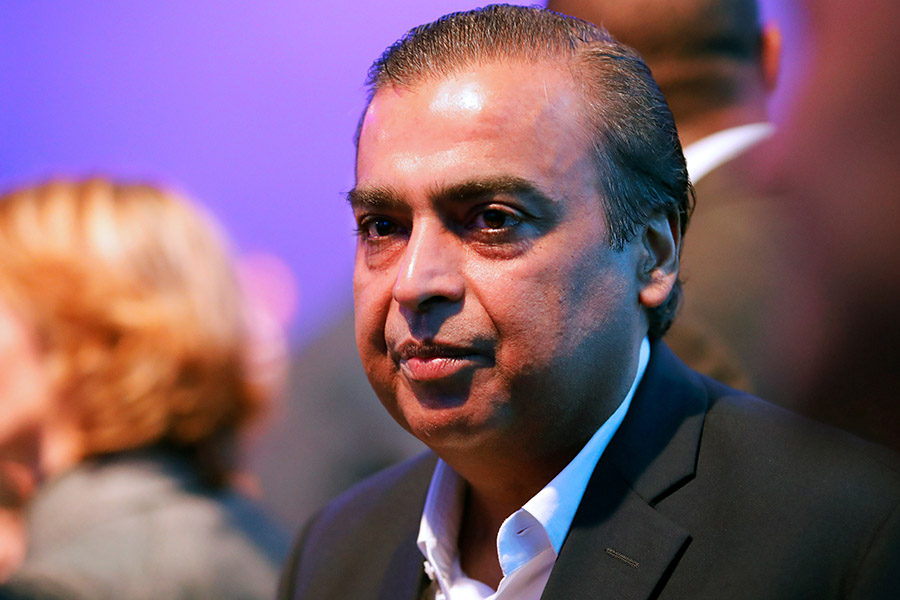 Mukesh Ambani, MD, Reliance Industries; Image : Denis Balibouse / Reuters
Expect a very different Reliance Industries (RIL) a decade from now – a conglomerate that is more consumer facing than only legacy oil and hydrocarbon businesses, even has the latter continues to expand.

That was the clear and unequivocal message delivered at the company’s annual general meeting in Mumbai on Thursday. “As our golden decade rolls on, the consumer business will contribute as much as hydrocarbon,” said Mukesh Ambani, chairman and managing director of Reliance Industries.

In a 65-minute speech, Ambani outlined his vision to take advantage of digital technologies to build consumer facing businesses. A particularly potent combination is the linkages RIL aims to draw between the retail operations of Reliance Retail and mobile telephony of Reliance Jio, by connecting small kirana owners. “Reliance retail and Jio will bring together the offline and Jio customers who provide last-mile physical market connectivity,” he said.

Reliance Jio, which completed its first full-year of paid services, saw its network increase to 215 million customers, making it India’s third largest mobile operator. Data usage rose from 125 crore gigabytes (GB) per month to 224 GB per month making it the world’s largest data network. Voice usage more than doubled to 530 crore minutes per day while videos were watched for 340 crore hours per month up from 165 crore hours. In addition, the company announced a new Jio phone with a QWERTY keyboard priced at Rs 2,999 which would be compatible to apps like Facebook, Whatsapp and YouTube. It has, so far, sold 25 million of the existing Jio phone.

With the network roll out complete, Jio also plans to provide optic fiber broadband connectivity to Indian homes. Starting August 15 this year, users will be able to register their interest for this service, across 1,100 cities for broadband as well as cable television. In addition, RIL would install ‘smart home’ devices that allow people to operate their homes remotely – lights and appliances can be controlled and video cameras can keep a watch on the home.

Ambani said that RIL had successfully commissioned and stabilised the world's largest Paraxylene (PX) complex. “Today, Reliance is the second largest PX producer in the world and Jamnagar has the distinction of being the largest manufacturing facility of PX in the world with 4.2 million MT of capacity,” he said.

He said that they had also commissioned the largest off-gas cracker complex in the world. “Using our refinery off-gasses as feedstock, this cracker is the most cost competitive ethylene cracker, globally,” he said. This will position reliance, he said, as one of the most efficient producers of polymers in the world.

In petrochemicals, Ambani said that they had launched R-Elan, a super micro-denier polyester brand with a unique anti-sweat and anti-bacterial properties for use in active wear, in October 2017. Reliance Industries is now the largest recycler of polyethylene terephthalate (PET) in India recycling over two billion bottles annually.

Commenting on the refining business, Ambani said in 2017, it commissioned the world's largest and most unique Petcoke gasification project. “The gasification project will eliminate the dependence of the refinery on imported natural gas and add value to our profitability, particularly in a high oil price scenario,” he said.

Ambani explained their “Oil to Chemicals” journey which had started with the Jamnagar refinery, where with the rapidly increasing demand for petrochemicals, maximising Oil to Chemicals conversion will play a catalytic role in determining profitability of hydrocarbons businesses of the future.

“As the world migrates from fossil fuels to renewable energy, we will further maximize this 'Oil to Chemicals' conversion and upgrade all of our fuels to high value petrochemicals. This up-gradation will be implemented in a phased manner over the next decade to meet the rapidly increasing demand for petrochemicals, in India and the region,” Ambani told shareholders. “The hydrocarbon business is thus poised for robust value creation and exciting times ahead,” he added.