Indian companies are so exciting... the country is filled with intellect: Jack Welch

Former GE CEO Jack Welch says though the rate of change in business has increased, the fundamentals remain the same 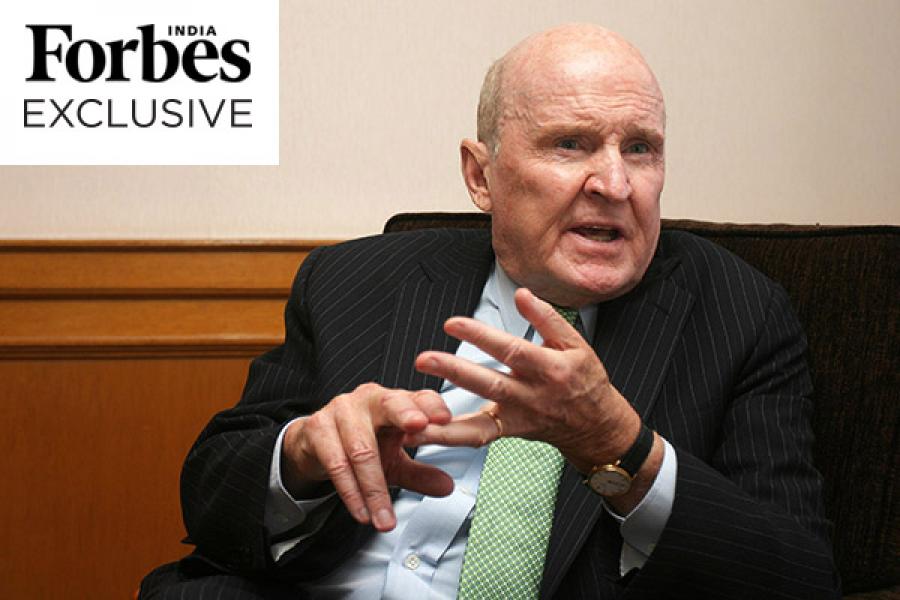 In his two decades at the helm of General Electric Corporation (GE), Jack Welch oversaw one of the most dramatic periods of value creation in recent times. The company’s market value in that period (1981-2001) grew from $14 billion to over $410 billion. It has been 15 years since his departure from GE, but Welch is far from done.

In an exclusive (telephonic) interview with Forbes India, he spoke about subjects ranging from his role as one of the early proponents of the Indian IT industry (“I went there for low cost. What I found there was low cost, and high brains.”) to whether or not management education is keeping up with a rapidly changing business environment (“Traditional business schools are teaching too much theory on yesteryears.”). But at the heart of it was Welch’s assertion that though the rate of change in business has increased, the fundamentals remain the same. Agility, courage, and a good nose to pick out talent, he says, are essential. “This is a talent race everyday.”

He bristles slightly at a question that begins with the phrase: ‘Since the time you were at GE’. “I’m managing everyday,” he says. He has managed 74 companies over the last 15 years, he reminds us. Welch has done this through his involvement with private equity firm, Clayton, Dubilier & Rice, as well as the media and internet company, IAC/InterActiveCorp. But his most important role, he says, is as the executive chairman of the Jack Welch Management Institute, an online institute that offers business management courses.

The institute recently announced a tie-up with the edtech firm, TalentEdge, to bring an executive certificate programme to India. “This school is the passion of my life now,” says Welch. “I work on it every single day.” And he insists on the programme being practical. “We’re not teaching theory. We’re teaching people how to practically use these tools in action today.” Education, he believes, is a field that is ripe for disruption. “It’s a highly regulated industry. But it will change. It will deregulate eventually,” he says. But ask him whether the same is true for India, and he’s circumspect.

“It’s slow. The Indian government to my knowledge is still slow,” says Welch. The same, however, cannot be said of Indian enterprises, he insists. “The Indian companies are so exciting. And that’s because India is filled with intellect. Indian IT pours out more smart engineers than just about anywhere.” He also briefly touched upon startups and their nebulous valuations, saying that while there was real value in many of the large startups, there would, inevitably, be a “shakeout”.

Welch recalls coming to India in 1989, and falling in love with it, having met people like his “friend” (DLF’S) KP Singh in Delhi. It was Welch’s decision to partner with Indian IT firms in the run-up to the liberalisation of the Indian economy that is largely credited with setting off the outsourcing revolution. “I hung out with Azim Premji and spent time with Shiv Nadar and those were relationships that have lasted all this time,” he says.

For the detailed interview, read the upcoming issue of Forbes India. The issue will hit stands on September 16, 2016.