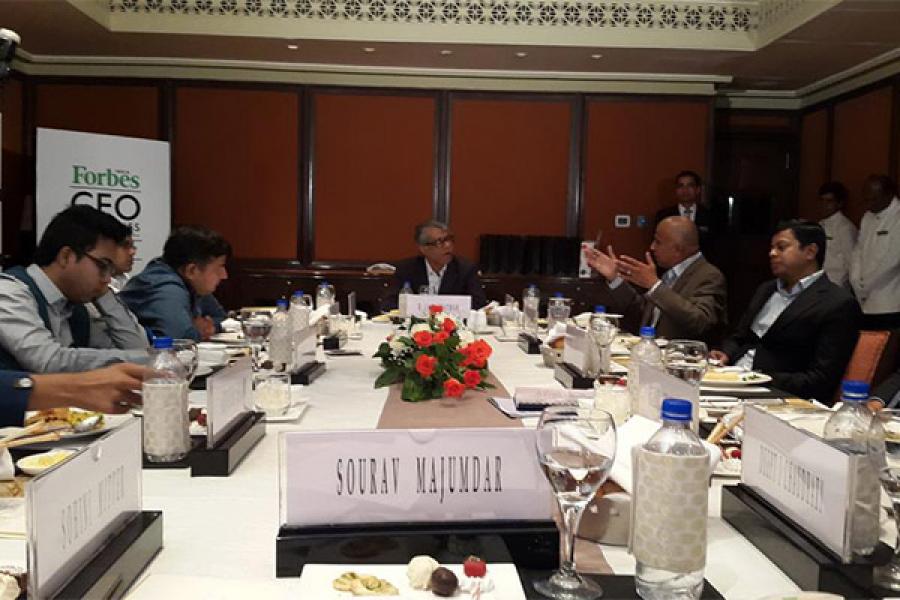 The $3.5-billion Indian ecommerce industry, which raised the highest quantum of funding from private equity (PE) and venture capital (VC) investors last year, is optimistic of generating higher margins and sustainable growth in the next five years.

In 2014 across 106 deals, ecommerce firms raised a total funding of about $4.1 billion, according to a report by Chennai-based investment research firm Venture Intelligence. Last year’s figure was bloated by almost $3 billion funding together raised by online retailers Flipkart and Snapdeal from multiple investors.

Among other major deals in 2014, Japan’s Softbank led a $210 million funding for online taxi aggregator Olacabs, the report further noted.

At the Forbes India CEO Dialogues in Bangalore on Friday, industry experts pointed out that the ecommerce sector is here to stay and grow big. Gurgaon-based online fashion retailer Yepme.com plans to ramp up its business this year venturing outside India in countries such as Romania. “By July-August this year we should break even. We also plan to expand our business outside India,” said Vivek Gaur, CEO and co-founder, Yepme.com.

Despite the Indian e-commerce sector which is finding it tough to become profitable, investors have not stopped parking their funds in the space looking at the long-term growth potential.

“Model wise many things are broken in India and that is our opportunity,” said Bangalore-based entrepreneur and angel investor K Ganesh, adding that lack of services in various sectors such as education, healthcare, food services and real estate are fuelling growth among ecommerce startups in the country.

According to Gartner, the Indian ecommerce industry is expected to touch $6 billion this year, a 70 percent jump over 2014 revenue of $3.5 billion.

Tweets by @forbesindia
'India is a country obsessed with education': Harvard Dean
The art of printmaking