The signs of trouble at Coffee Day Enterprise Ltd (CDEL), which is positioned as the holding company of the Coffee Day Group, were in the offing, but none thought it would force VG Siddhartha to take an extreme step.

The group has a complex web of entities (see chart) that houses its logistics, real estate, financial services and hospitality businesses, in addition to the flagship of coffee retail and exports. 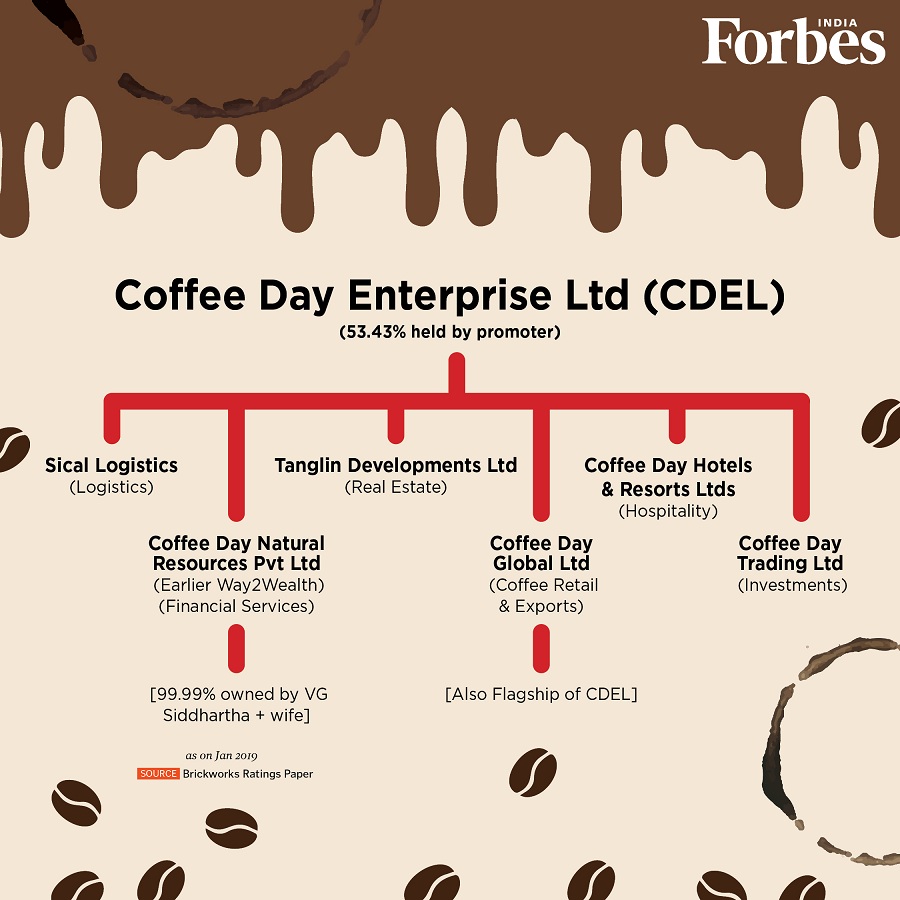 VG Siddhartha, in his personal capacity, owns 32.75 percent stake in CDEL, the listed company, of which 70.73 percent of his personal shares are pledged or encumbered.  In entirety, the promoter group and family own 53.93 percent in the company, of which 75.70 percent shares are pledged at the end of June 2019. Exactly a year back  in June 2018, that wasn’t really the case, as Siddhartha had only pledged 38.66 percent of his personal stake in the company, which has now increased to 70.73 percent. 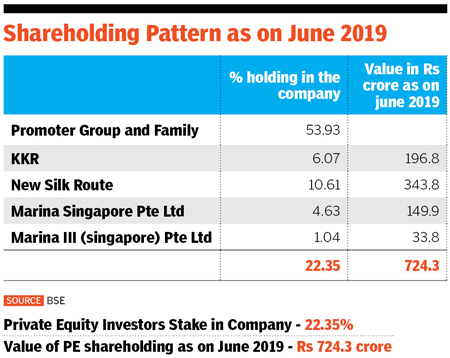 “We have never discussed a buyback and we have always been very supportive of the business. We are equally surprised to hear this development. We don’t hold any board seat and hence we also have the same information on the company as much there is in public domain,” said an investor directly familiar with the matter, who declined to be named.

Another person familiar with the situation said that last Thursday, Siddhartha facilitated a meeting between a private equity fund and a pharmaceutical company, in which Siddhartha is an existing investor, for a fresh transaction of Rs 100 crore to Rs 125 crore.
“We have seen the statement that Coffee Day Enterprises has made to the stock exchanges. We are deeply saddened by the developments and our thoughts are with his family at this time. We believe in VG Siddhartha and had invested in the company about nine years ago. We sold approximately 4.25 percent (of our total holding of approximately 10.3% in the company) in February 2018 on the stock exchange and have not sold any shares before or after,” said an emailed statement from KKR.

The complex web of companies and interdependence on each other warrants a deeper look into the company.

To begin with, on March 26, ICRA Ltd rated CDEL’s term loans worth Rs 315 crore at BBB+ and placed it on watch with developing implications. 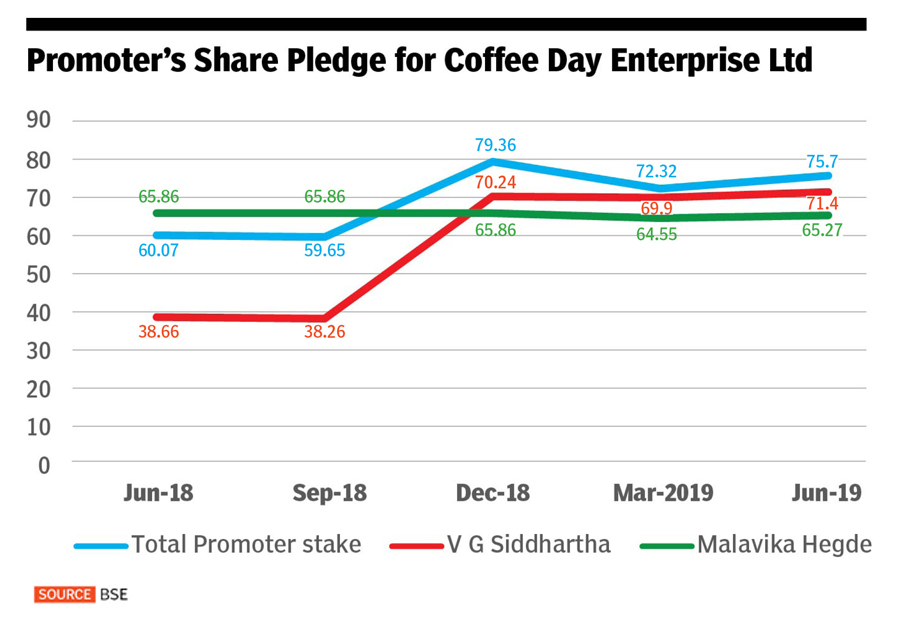 The ratings watch continued even after CDEL and Siddhartha entered into a definitive agreement for sale of their shareholding in Mindtree Ltd on March 16, for a total consideration of Rs 2749 crore to Larsen & Toubro Ltd. After all payouts, CDEL took home Rs 2,100 crore from the sale process and the company has clearly stated that the entire amount would be utlised to reduce debt.

So what really are the implications?

The standalone entity’s income mainly comprises revenue from coffee trading and hospitality services and dividend and interest income from group entities. According to ICRA’s note on November 2018, the latter two account for  nearly 45 percent of revenue in the last two years. The note says that at the consolidated level, while there has been continued revenue growth in the past few years, the profit margin improvement has been constrained on account of high depreciation and interest expenses.

The group has also been incurring high capex for its coffee, real estate and logistics businesses, which has been partly debt funded leading to pressure on the capital structure and coverage indicators. The consolidated entity had gearing of 1.7x as on March 31, 2018 and has steadily increased from ~1.3x as on March 31, 2016.

A publicly available document of DSP Mutual Fund’s fixed income statement on February 2019 shows that it loaned Rs 85 crore in Coffee Day Resorts and Rs 115 crore in Coffee Day Natural Resources which were all backed by security cover of listed shares of CDEL and land parcels held by the promoter among other guarantees. And it isn’t just them, the company has been regularly raising capital from mutual funds to fund its other businesses by pledging more and more CDEL shares.