Rahul Ram, bassist and vocalist for the Indian Ocean band, on the abiding themes in his decades-long journey 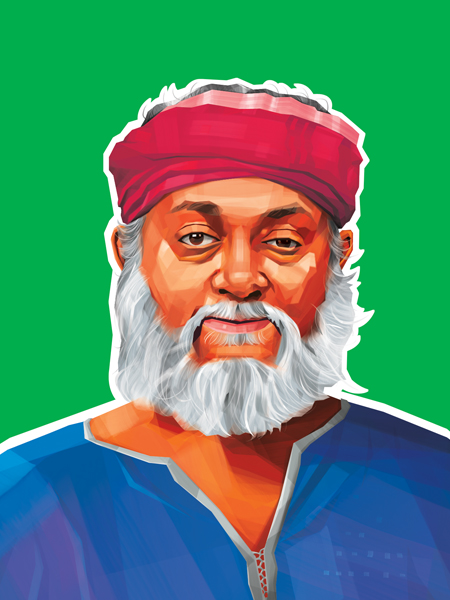 Rahul Ram, 53, has been the bassist and vocalist for Indian Ocean, the Delhi-based band, since 1991, and has helped push the envelope for independent music in India. He tells Angad Singh Thakur about the abiding themes in his decades-long journey.

Unplanned melodies
I kind of drifted into music. I wasn’t born with it; quite the opposite. I was probably going to become an academic. At 27, I had finished my PhD in environmental toxicology (from Cornell University) and returned to India. I then joined the Narmada Bachao Andolan, almost without thinking. A few years later, I joined Indian Ocean, again without thinking. One aspect of how I do what I do is that I don’t plan. That occasionally leads to chaos, but it also leads to a delightful sense of irresponsibility. Anything can happen, at any time. That helps in making music too, I think. When we start making a song, we rarely know where it will end.

The movement
There are so many songs I heard as part of the Narmada movement which have become a part of Indian Ocean’s composing. ‘Ma Rewa’, ‘Hille Le’, ‘Gar Ho Sake’—I have heard all these in the context of being within the Narmada movement. That was life transforming for me, the andolan. I had never been to villages and here I was in some of the remotest Indian villages. All these things influenced the kind of music I played. It makes you not want to continue playing derivative rock and other people’s stuff.

Patience
Jamming is something that just happens. You don’t sit down and say: ‘Today, we’ll get a song’. So many ideas come and go. When you get a good one, you polish it and then some more. So that requires a lot of time. We like our songs to have movement. They go from one place to another. That probably explains the low rate of production by Indian Ocean. We have released just seven albums in over 27 years!

Camaraderie
To function as a band, getting along is more important than being superb musicians. I think that’s definitely true of Indian Ocean. There was a time when the band stopped getting along. This is not insignificant. It’s one of the primary reasons why bands function and why they don’t. It’s not that you’ll continuously like each other, but when the disliking starts, it’s time to move on. But the fact that this band has managed to hang together for 27 years means that we liked each other most of the time.

Fun
It’s the absolute constant. You have to enjoy what you’re doing. Nowadays, I also do Aisi Taisi Democracy (a live performance that combines humour, social satire and music). That’s a lot of fun too. I consider myself lucky that my passion and my work can be one; I can have fun doing what I love doing and make money at it. That doesn’t mean that at times you don’t get depressed or think, ‘What the @#$% am I doing?’ That keeps happening, unless you’re Buddha. As I said, there was a time when it could have all fallen apart, but it didn’t. Now we’re back to being a happy band.

In this series, we talk to entrepreneurs and celebrities, artists and musicians, about what they need to be who they are