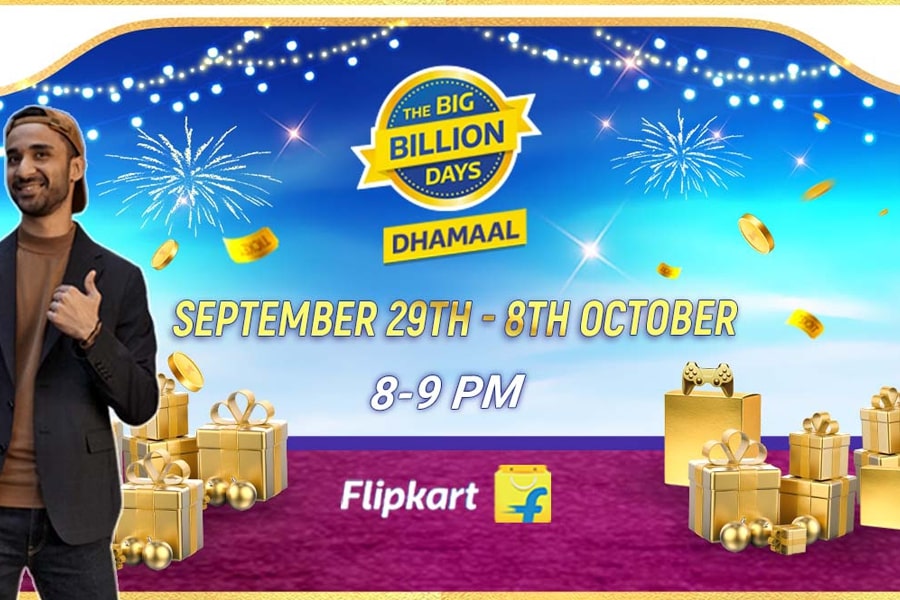 Flipkart Big Billion Days is a wonderland for shoppers! And the fireworks have arrived. As merchants and consumers look forward to having a ‘dhaamal’ festive season, and more so with a reason to celebrate, no thanks to a grim year and a half, pent up shopping will take the cake as shoppers would have saved up for these big days. This is a fun run till the 10th of October, right from sweetest deals on the hottest gadgets to very innocuous items that one’s heart desires - customers buoyed by special offers, discounts, deals and cashbacks galore. But wait, there’s more.
Flipkart adds a splash of amusement this year whereas you buy goodies for yourself and your family and get to relish a one-hour special show daily with celebrities and influencers.
There is a little something in it for the shoppers, too, in addition to entertainment, which is a given. Consumers will get a chance to win thousands of prizes by participating in a variety of fun and games hosted by Raghav Juyal, an actor, dancer, choreographer and television presenter, all rolled into one.
Guests include the likes of Techno Ruhez, known for his pithy reviews on electronic gadgets; Shibani Dandekar, an Indian-Australian singer, actress, anchor and model; Rannvijay Singha, an actor whom you instantly would recognise for his appearance in the MTV Roadies; Rohan Joshi, a comedian and writer; Abish Mathew, yet another standup artist and many others. 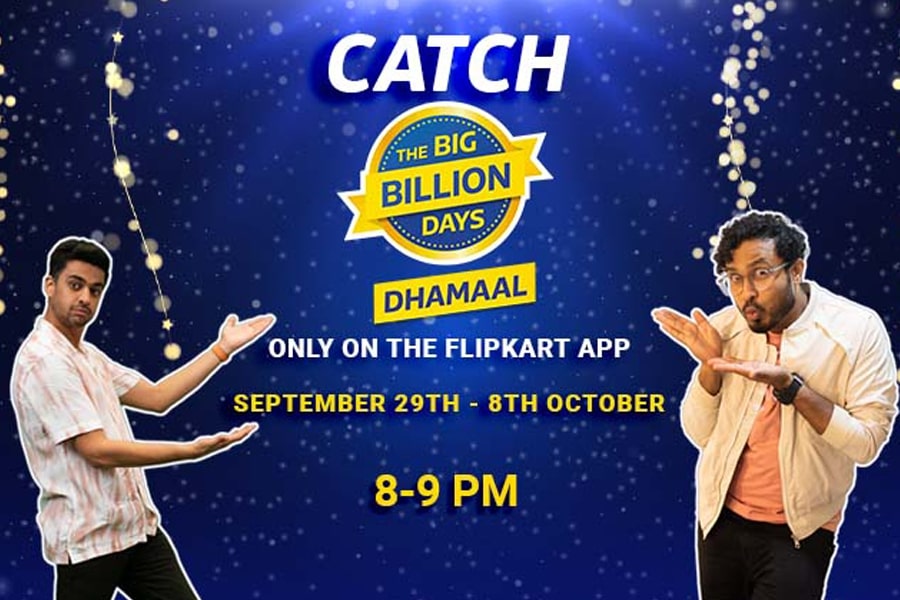 The eclectic cast of characters will engage in a variety of antics and games to keep the virtual visitors entertained. Some of these convivialities will be plain silly but only because everyone could use a break. The overall idea is to mirror the merriness of the festivities from the physical world into the virtual one and engage in a bit of friendly banter while at it.
Games include Spin the Wheel, What’s in the Box, Blind Unboxing and many more. Celebrities, too, will showcase their favourite products.
It is indeed a great time to be an online shopper. Since March last year, there has been a spike in digital adoption in India. This has translated into a large consumer base that transacts online. Red Seer, a consultancy, estimates e-commerce sales this season will top $9bn.
Companies like Flipkart who have contributed to the sector’s growth over the years are constantly finding ways to engage the customer. This year’s Big Billion Days is yet another attempt to woo millions of shoppers and offer them more than just a buying experience. Flipkart’s proposition is not only to offer a cornucopia of deals but also entertain its audience while at it.The pages slugged ‘Brand Connect’ are equivalent to advertisements and are not written and produced by Forbes India journalists.