Kamal Haasan has performed in front of cameras ever since he was 4. But, nothing had prepared him for his role in Vishwaroopam 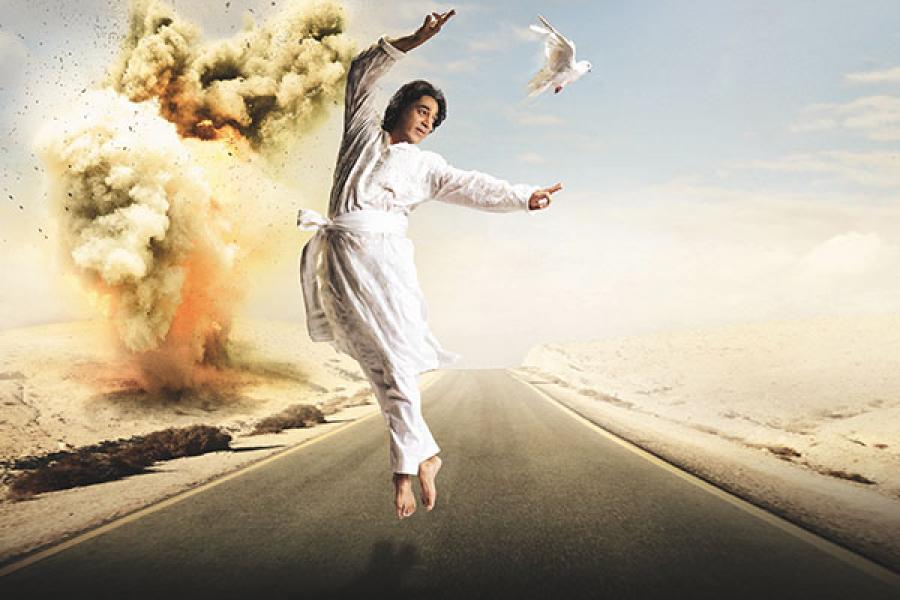 Kamal haasan, outspoken, unconventional and very aware that his boundaries stretch farther than those of most others, is no stranger to controversies. But last year he faced the biggest storm of his career. With Vishwaroopam,  a mega-budget film that revolves around international terrorism, Haasan walked on that thin ice of religion and community.

The first big controversy around Viswaroopam saw fearful distributors and exhibitors go up-in-arms as Haasan announced  a  simultaneous  direct-to-home (DTH)  release. Technological and marketing progress has not really been Tamil cinema’s strongest suit, especially with polarising viewpoints from  all the unions and associations involved in the business. Not surprisingly, the decision to use  the DTH platform at the same time as the theatrical release was an unpopular one.

Add to this, there was the accusation of religious disharmony: It was contended that Vishwaroopam portrayed its Muslim characters in poor light. Ironically, the protests were led by heated, near-violent groups of people calling for the ban of the film’s release which the state stalled, citing security reasons. All this after it had already got an okay from the censor board. Even more ironically, it then released in several areas with denser Muslim populations than Tamil Nadu and those audiences predominantly found nothing untoward in the film.

For the first time, Haasan, 59, displayed emotional eloquence in what seemed like a spontaneous, impromptu press conference. He spoke of his respect for all communities and his right of freedom of speech through the medium of cinema. He talked about how “he is fed up of playing dirty political games”. He said he despaired being misunderstood and targeted by miscreants and troublemakers when he has pledged his whole life to the art and passion of cinema.

And then, there was the ultimatum: If India didn’t let him work, he would even move out. Like the late artist MF Hussain.

In the melting pot of good, bad, ugly, mediocre and genius, also called Indian cinema, it is not often that one finds someone whose perspective and work constantly breaks barriers, jumps out of the box and blurs boundaries. Kamalji (as he is addressed respectfully by several peers and protégées) began his association with the silver screen when he was just a little boy, aged four. Stalwart producer AVM Chettiar’s son M Saravanan noticed the fire within him and suggested to his father that Haasan take over the passionately eloquent little boy’s role in the wildly famous Kalathur Kanamma.

There was no looking back after that, although the journey was not always smooth sailing. It would take an entire volume to talk about his long career, which spans over 200 Indian films in Tamil, Malayalam, Bengali, Hindi, Kannada and Telugu.

His entry into films as a four-year-old kid in Kalathur Kanamma (1958) is still remembered but his first big Tamil film breakthrough was a film called Apoorva Ragangal (1975), directed by K Balachander. Today, that film is remembered more for launching the career of a superstar: Rajinikanth. But while the audiences took note of Rajinikanth for his charisma, they noted Haasan for his immense talent. He did close to a hundred films in different languages in the following decade—these include 16 Vayathinile with Sridevi and Rajinikanth, Avargal (again with Rajinikanth), Sigappu Rojakkal and Kalyanaraman.

He essayed some outstanding (and outstandingly different) roles—from a mentally challenged simpleton to a disturbed serial killer to a ventriloquist. Several of these are multi-starrers with Rajinikanth and Sridevi. Many of his films during this time are in Malayalam and several others are dubbed into various languages.

Over the next several years, the willingness to experiment both off- and on-screen saw him portray a range of characters, produce films, sing songs, experiment, inspire, provoke and, as a result of all this, build a huge fan following.

However, after the ban, for some time, it seemed as if the actor would leave India forever. Newspapers and television channels followed him 24/7. The press conferences at his home/office were crowded. He was trending on Twitter for days. It was painful to see an artiste (at that time, he called himself a businessman trying to trade his wares, but couldn’t) fight what seemed to be a losing battle.

But soon, the tide turned in his favour—about two weeks after the ban (and after a successful release everywhere else in the world, including regions with heavier Muslim populations than Tamil Nadu), Vishwaroopam was given the go-ahead for release. Despite the delay, the film garnered huge sympathetic support and raked in the returns. It was a huge worldwide hit, a fantastic PR vehicle and Haasan was back in business.

Focussed as he is, Vishwaroopam 2 is already nearly done and will see its theatrical release in early 2014… provided no controversies and protests pop up from around it.

Tweets by @forbes_india
Christie's in India: Catering to a new community of collectors
Amit Trivedi: Where Music Meets Magic