The gutsy Anushka Sharma is not only making brave choices as an actress, but she has also discovered a new path as a producer with the edgy NH10 this year 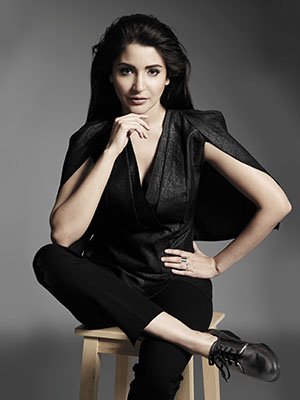 Anushka Sharma is unafraid. Not of bold choices or of speaking her mind, both in her professional and personal spheres. Take this year alone, and two instances stand out. One, her public dismissal of the frustrated ire that India had lost the cricket World Cup semifinal to Australia because she was a ‘distraction’ to her boyfriend Virat Kohli. Two, her decision to turn producer with an unconventional movie—the critically acclaimed NH10, a crime-thriller.

Just on the basis of these, you would be hard-pressed to associate Sharma, 27, with the stereotype of a mainstream leading lady. And after a couple of hours spent with her at her Versova home in Mumbai, the notion becomes even stronger.

It’s Saturday evening and she has no plans to get out of home. Sharma has just flown back from London where she was filming the Ranbir Kapoor-starrer Ae Dil Hai Mushkil; while here, she’ll spend some time with her production company and then return to London to shoot once again. She is discomfited by a back ache too, courtesy the non-stop travel. But neither the pain nor the exhaustion showed through in the two-hour long interview with Forbes India.

For the most part though, she wore her new-found producer’s hat and spoke with passion and conviction about what scripts work best for which audiences, how to market a film and why she turned producer (along with her brother) at 25, when she formed the company.

Sharma, who stands at rank 19 in the 2015 Forbes India Celebrity 100 List (from 42 last year), articulates her points cogently, with the confidence of a successful woman who knows what she wants.

It wasn’t always so. The maturing of Sharma hasn’t been a smooth ride. Rewind to 2008 when her career took a while to fire up and audiences only really warmed up to her in film number 3.

Sharma, a well-known model had unsuccessfully auditioned for two films, Zoya Akhtar’s Luck By Chance and Raju Hirani’s 3 Idiots (“I didn’t know it was 3 Idiots then!”). Disheartened she almost skipped the audition for Yash Raj Films (YRF) when her manager sternly told her to stop closing doors. After a couple of rounds, she was chosen by Aditya Chopra: The 20-year-old model had scored a three-film deal with YRF (though the films and co-stars were not yet decided). For the Bengaluru girl, this was the first indication that her Bollywood career would take off soon.

Things were to get even better. Sharma learned that she would star opposite Shah Rukh Khan in Rab Ne Bana Di Jodi (2008), to be directed by Aditya Chopra. For Sharma, the film offered a real possibility of her making it, right off the bat, into the big league. But even though the movie was well-received, “Rab Ne… didn’t turn me into an overnight star. You obviously hope for the best for yourself but when it didn’t happen it came as a bit of a surprise,” she says. The star that was supposed to be born wasn’t and Sharma admits she was disappointed. Her next project with YRF, Badmaash Company, released in 2010, met with mixed reviews.

Two films down, that too with a mega production house, but she was yet to register her presence in Bollywood. Inevitably, there were moments of self doubt. After all, Sharma wasn’t an insider nor was she trained to be in this profession—she had never taken a single acting class and wasn’t accustomed to doing things the way the industry did.

What if she just wasn’t good enough?

That was to change in 2010, when Sharma teamed up with Ranveer Singh for Band Baaja Baraat. Audiences loved her portrayal of the effervescent and gutsy Shruti Kakkar, who overcame her family’s objections and became a successful wedding planner.

Maneesh Sharma, who directed Band Baaja Baraat under the YRF banner, says he knew the then 22-year-old had the potential to go places. “She is well read and has the courage to back her convictions. This makes her not only a versatile actor but also a good producer,” he says referring to the risk she took in acting and producing NH10.

Mention Band Baaja Baraat, and her face lights up. “It’s not just that audiences accepted me. They accepted two new actors and a debutant director. That is what made the success of the film so special,” she says. Sharma talks about how she prepared for the role. Both she and Singh had to have the quintessential Delhi accent. For that, Sharma spent time with cousins in Delhi observing their mannerisms and speech. “For example, business was pronounced bijness,” she smiles.

The success of Band Baaja Baraat gave her self-belief and allowed her to pick the roles she wanted to play. Sharma has been selective so far, doing just 11 films, which include major hits like PK (2014), the average Dil Dhadakne Do (2015) and flops like Matru Ki Bijlee Ka Mandola (2013) and Bombay Velvet (2014), which is fewer than what actresses who started their careers after her have done.

She hesitates signing on films that may or may not see the light of day, says Sharma. She also admits making some mistakes while taking on projects. For instance, with Vishal Bhardwaj’s Matru Ki Bijlee…, the script seemed perfect but failed to click with audiences. Anurag Kashyap’s Bombay Velvet had stellar performances and impressive sets but it was let down by a poor script. “It is impossible to tell in advance what clicks with audiences. That’s what makes this business so interesting,” says Sharma.

Her caution also played out with her production debut, NH10, which she also co-starred in. The movie was pitched to her two years before she accepted it. 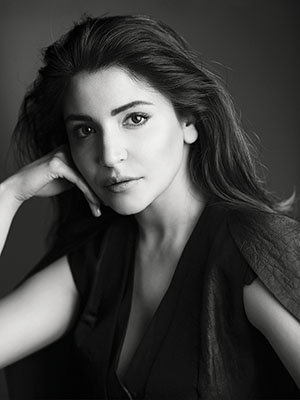