Although Rajkummar Rao didn't make it to the List, the actor who has made realism mainstream has become one of the most bankable stars of neo-Indian cinema 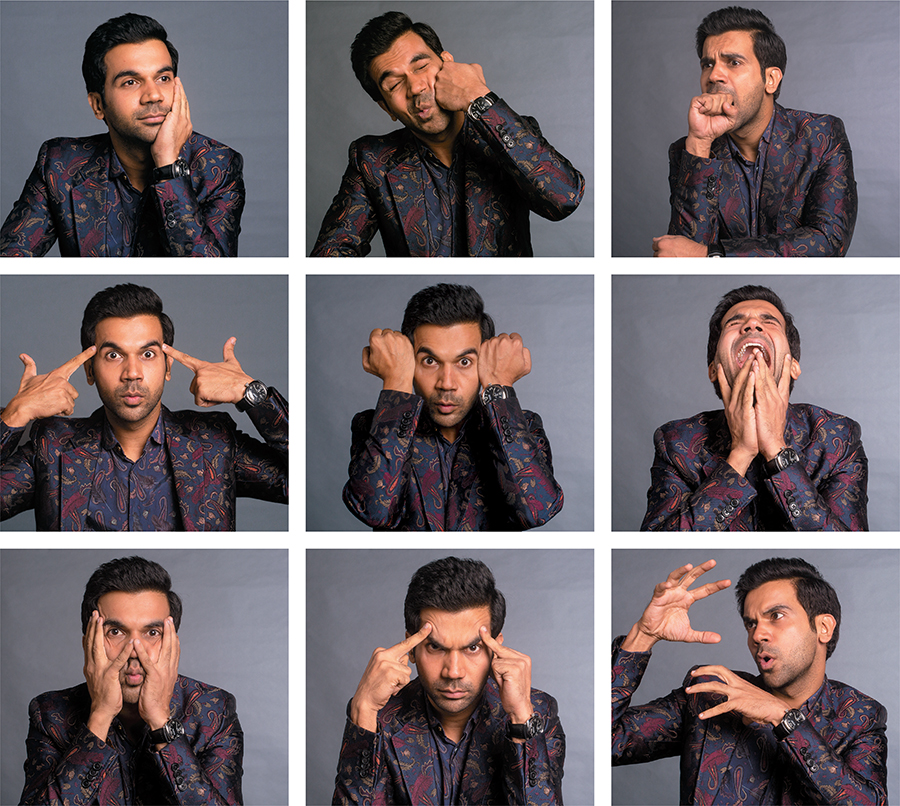 
One of the eagerly-anticipated films of 2018 is Hansal Mehta’s Omerta, where actor Rajkummar Rao essays the role of Ahmed Omar Saeed Sheikh, a British terrorist of Pakistani descent, notorious for killing Daniel Pearl, a journalist with The Wall Street Journal.

The film debuted at the Toronto Film Festival in late 2017 and garnered rave reviews. “At the end of this slickly mounted film, there’s no lack of questions still dangling nor hoped-for insights that fail to arrive. Nonetheless, while you’re watching it, Mehta’s freely imagined biopic provides a fascinating Rorschach of a figure who is, unfortunately, truly a man of our times,” a review of the film published in Variety magazine states.

The review is not only a tribute to Mehta’s directorial brilliance, but also speaks volumes of the realism brought to the character by Rao, the film’s lead actor. Rao, 33, has built quite a reputation for getting into the skin of the characters he portrays on screen. And there is no length to which he wouldn’t go to achieve this. So much so that Mehta and Rao’s girlfriend and actor Patralekha tell Forbes India that they could barely recognise Rao during shooting. And they weren’t just talking about his physical appearance.

“When I visited Raj on the sets of Omerta, he had become this different, annoying person,” recalls Patralekha, who has known Rao for six years. “There was such an eerie feeling around him and he wasn’t the nice person he otherwise is. I told him that I didn’t want to be there and would see him once his shoot is over.”

Mehta has known Rao since 2011, when he first cast him in Shahid, a biographical portrayal of lawyer and human rights activist Shahid Azmi, for which Rao bagged the National Award in 2014. The two have collaborated on multiple films—CityLights (2014), Aligarh (2016) and now Omerta. Speaking of their latest film, Mehta says Rao, who has pursued a course in acting from the Film and Television Institute of India (FTII), imbibed the darkness associated with the character of Sheikh, even when the camera wasn’t rolling. “He pulled out a dark side to himself that you wouldn’t think was possible, since he is such a gentle soul otherwise,” says Mehta. “He was mean, cold and slightly reserved since that is what the character demanded of him. We actually used to keep distance from him.”

Bringing an element of “realism” to the cinema that he does is his “forte”, says Rao, who grew up in Gurugram. “I do whatever it takes to make the film relatable to my audience,” adds Rao, who has acted in 23 films over the last seven years.

It is this penchant for authenticity, catering to an audience that is increasingly looking for depth of content over just star power, which has made Rao one of the most bankable brands of neo-Indian cinema. His performance in 2017 is a testament to this.

Rao (born with the surname Yadav that he later changed to Rao, which is derived from the title ‘Raosahab’ by which a lot of Yadavs in Haryana are known) had six releases in 2017 of which five did decent business. He bagged the Asia Pacific Screen Award in Australia for Newton—which was India’s official entry to the Oscars, but failed to make the cut—that deals with the experience of an honest and upright electoral officer determined to conduct free and fair polls in a Naxal-controlled area. Rao also won the Best Actor (critics) award for his performance in Newton at the Star Screen Awards, along with the Best Supporting Actor award for his role in Bareilly Ki Barfi. He was conferred the Indian of the Year award (in the entertainment category) by CNN-News18 (the news channel is a part of Network 18, publisher of Forbes India). 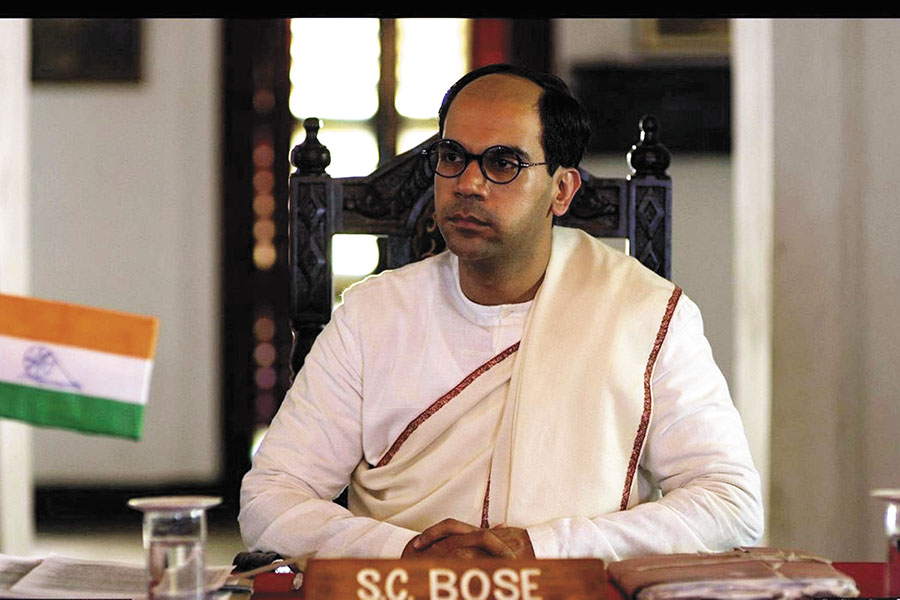 Rajkummar Rao in a still from the web series Bose: Dead/Alive
Though always fond of cinema, the thought of becoming an actor never crossed Rao’s mind till he watched Shah Rukh Khan in Dilwale Dulhania Le Jayenge (DDLJ) in 1995. He was immediately drawn towards the larger-than-life world of celluloid and its first citizens like Khan. “I went ‘wow’. Look at this guy (Khan). He belonged to Delhi and did theatre there. I was from Gurugram and could immediately connect with him. I thought, ‘I want this life’. I want to be a part of this world that was amazing and surreal,” Rao tells Forbes India.

Sporting a lean frame, after shedding all the weight he gained to play Netaji Subhash Chandra Bose for the web series Bose: Dead/Alive, Rao politely sought permission to rest his leg on a chair as we sat down to chat. He was nursing a broken ankle that he picked up while pulling off a stunt in a dance reality show. The surgery, a titanium plate attached to the ankle, and crutches, however, weren’t enough to dampen his cheerful demeanour as he breezed through an hour-long conversation and an elaborate photoshoot in December.

But there is a crucial difference between Rao and his inspiration Khan, arguably the biggest superstar of Indian cinema since the 1990s. While Khan has been relatively less experimental in his choice of roles, choosing to stick to the paradigm of the quintessential romantic hero (Swades and Chak De! India were notable exceptions), Rao continues to explore characters that are as different as chalk and cheese. Sometimes, he is an immigrant from Rajasthan trying to make ends meet in the concrete jungle of Mumbai (CityLights), at other times he is a heartbroken groom out to exact revenge on his runaway bride (Shaadi Mein Zaroor Aana), a pervert (Love, Sex Aur Dhokha), or a male chauvinist (Queen). 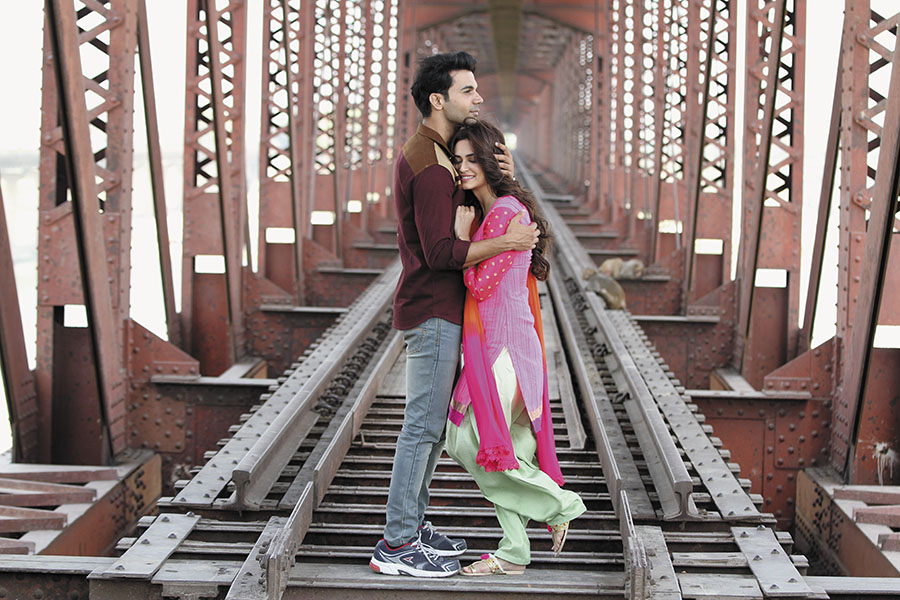 Rajkummar Rao with Kriti Kharbanda in Shaadi Mein Zaroor Aana
Born into a middle class family—his father was a government official and mother a homemaker—Rao graduated in arts from the Atma Ram Sanatan Dharma College (ARSD), a part of Delhi University’s South Campus. While he would pursue studies during the day, evenings were devoted to theatre, first at the Shri Ram Centre for Performing Arts and then with the Kshitij Theatre Repertory. “Once I started doing theatre, there was no Plan B. I knew I just wanted to act. Though it was a lot of hard work, I never felt tired and really enjoyed those days,” says Rao. “In fact, I feel I used to work much harder then, than I do now.”

Rao feels his presence in cinema was part of a divine plan. Theatre as an activity had just restarted at ARSD when he joined, so had the course at FTII a year before he decided to apply. It was FTII that, Rao says, fostered his growth as an actor, introducing him to the likes of Daniel Day-Lewis, Al Pacino and Robert De Niro.

While Khan and DDLJ may have encouraged him to look at cinema as a career, it was another cult film, Shool (1999)—in which Manoj Bajpayee plays a police officer fighting a corrupt system—that propelled him towards experimentation. Bajpayee is now a friend, Rao says, after they worked together in Aligarh, a critically acclaimed portrayal of Shrinivas Ramchandra Siras (played by Bajpayee), a gay professor who was suspended from the Aligarh Muslim University for his sexuality. “I don’t do anything for the heck of it. I have never tried to connect the dots and chalk out a plan,” Rao says. “Even as I am doing some big budget films, my decision to take up a project is purely based on the story and the script. I don’t believe in the herd mentality of trying to do what everyone else is doing.”

“ I don’t believe in the Herd Mentality of trying to do what Everyone Else is Doing.

Rao admits that he is probably at the right place at the right time. The evolved taste of modern-day cinema goers is in sync with his strengths as an actor. “Content is king today as audiences have access to international stuff and expect the same quality here. They discard anything perceived to be mediocre. Ten to 15 years ago, very few people were making this kind of cinema,” he says.

Consumers of content gravitating towards digital as a medium has also allowed actors like Rao to explore web series such as Bose. It was commercially remunerative and creatively satisfying enough for the actor to devote five months of his schedule, gain 12 kg and shave off half his head, “since a wig and prosthetics weren’t having the desired effect”.

“Rao is an actor who is not greedy about the volume of the role he gets to play, but about the kind of cinema he gets to do,” says Mehta. He is open to try new things, even if it’s a significantly trimmed role, like in Gangs of Wasseypur–Part 2.

Patralekha, who has co-starred with Rao in CityLights and Bose, says Rao approaches his part as a collaborative effort. “If a co-star is struggling, he is more than willing to help. He lives, breathes and sleeps acting; his growth has been tremendous,” she says.

Mehta confesses that when he thought of making Shahid with Rao, it was difficult to find producers. The film eventually got made over 11 months, with the shoot progressing as funds were raised in tranches. Given the brand Rao has built for himself, that is now a thing of the past.