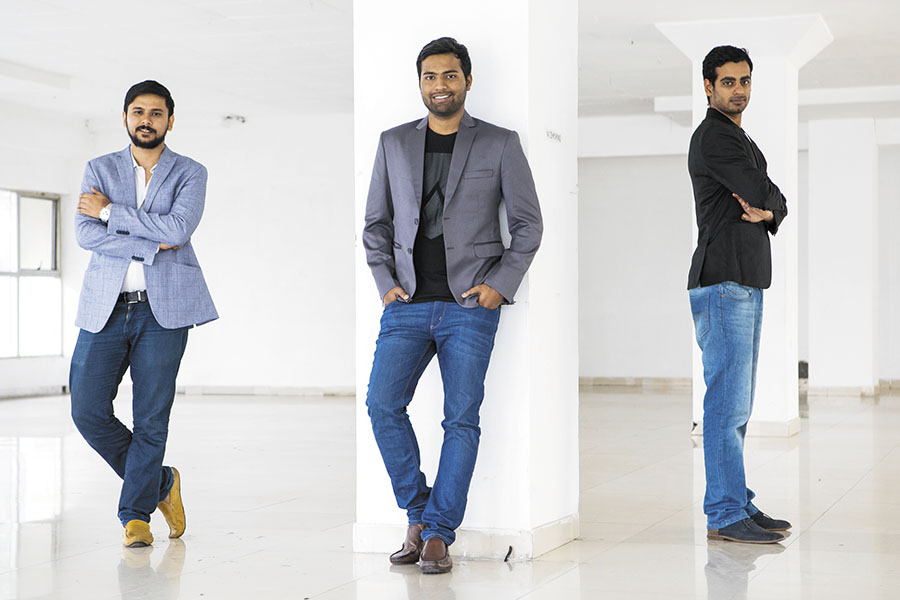 Farid Ahsan, Bhanu Pratap Singh and Ankush Sachdeva started building apps together in 2012 while studying at IIT Kanpur. Three years and several products—17 to be precise—later, the trio tasted success with ShareChat, a social networking app available in six Indian languages, with work under way to include two more.

ShareChat allows users to create, discover and share content in their preferred Indian language from digital platforms (Facebook, WhatsApp and the collage app PhotoGrid among others) to its own interface and vice versa. “ShareChat simplifies access to [digital] content for non-English speakers,” says Ahsan, the company’s CEO.

It all began in 2014 when, using phone numbers that users shared on a Facebook group for Bollywood news, Sachdeva created ten WhatsApp groups with a hundred members each—the maximum limit for a group then. Here, the members freely shared movie trailers and posters, and debated on their favourite heroes in the vernacular. “These people preferred to gather filmy news through the group than on Google. And they preferred to chat in their local dialects,” recalls Sachdeva, chief product officer at ShareChat.
CLICK HERE TO VIEW THE FULL 30 UNDER 30 LIST

Wiser from their experience, the trio launched ShareChat in October 2015 as a free Android app. Today, it boasts of 5 million downloads, 1.7 million shares on Google Play and a user base growing at around 30 percent month-on-month.

These numbers suffice to evince investor interest. The Bengaluru-based company has raised a total of $5.35 million from Lightspeed India Partners, SAIF Partners, Venture Highway and India Quotient. “The opportunity is evident because of falling internet data prices and more people transacting online. A vast majority of those who come online will not be English speakers,” says Dev Khare, partner at Lightspeed India Partners.

And Singh, ShareChat’s chief technology officer, has a plan for monetisation too: “Native, sponsored and affiliate advertising would be ways to monetise the platform once we have a large, sticky user base,” he says.

Forbes India - ShareChat's Farid Ahsan, on where he sees... | Facebook

Tweets by @forbesindia
How Deepak Shahdadpuri's bets on the most unlikely ventures paid off
2017 - The year of the farmer?