Forbes India 30 Under 30: India's young guns, more inspiring than ever 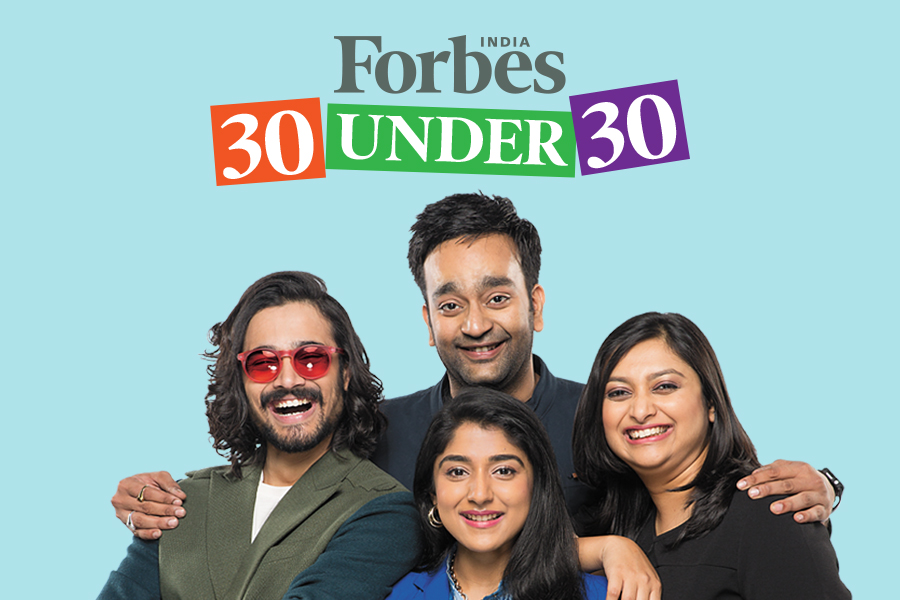 At Forbes India, our team deals with success stories on a daily basis. We find ourselves in the same room with game changers and some of the richest and most successful businesspeople multiple times a year. Is it awe-inspiring? Definitely. But if there’s a time when we are truly awestruck, it is when we are working to discover the next class of Forbes India 30 Under 30. We go through hundreds of nominations, and every now and then, you will hear someone in the newsroom exclaim, “What have we achieved so far?!”

The class of 2020 for Forbes India 30 Under 30 is no different. These sub-30 somethings have all created something formidable with limited exposure and resources with only one goal in mind: To stand out from the crowd.

It says something about the grit and determination of the youth of India, which is further driven home if you look at the young ones, the students and young professionals standing shoulder-to-shoulder to protest against the Citizenship (Amendment) Act. It is they—many, if not most of them women—who are leading the charge and lending solidarity to their brethren who have faced brutalities.

Our Forbes India 30 Under 30 members are showing the way forward on another road and to another group—to traditional and legacy businesses and professionals, across different categories like technology, health care, finance, science, media, design, fashion, sports, entertainment, and so on—with their innovations, fresh business models and a set of fresh eyes.

Take, for example, Vikash Bakrewala, who, at 29, is the youngest sales leader at B9 Beverages, the makers of Bira and Boom beers. Or Deepak Kukreja, Ullas Samrat and Dhruv Khanna of Triton Foodworks, who are growing plants without using soil, thereby surpassing the limitations of land, fertility, and even water (the method uses 60-80 percent less water). Then there’s 27-year-old Gourish Singla of Shivom, a health care startup, which uses blockchain technology in genomics to ensure that while pharmaceuticals can get a chunk of genetic data, the source—the customer—remains unknown and is incentivised.

The youngest member is just 17! Saurabh Chaudhary, the shy teenager from Meerut district, is an award-winning shooter, and has two world records against his name.

This year, we have 17 categories, including a new one—Digital Content Creators—to keep up with the trend of social media creators and influencers. YouTuber Bhuvan Bam graduated from ‘Watch Out For’ to debut in this category, along with Gaurav Chaudhary, better known as Technical Guruji, who has 15 million subscribers on YouTube. See the full Forbes India 30 Under 30 list for 2020 here


Methodology
The research process was three-fold: One, interviews by the Forbes India team with sources across relevant categories as well as through studies of databases and media coverage. Two, on forbesindia.com, inviting applications from, or nominations of, entrepreneurs and professionals who fit the criteria. Three, spreading the word on social media.

This helped us arrive at a longlist of over 255 names across 17 categories. The next step was narrowing down to a ‘shorter longlist’—the names most likely to make it to the top 30. This pool of about 85 names was decided in consultation with experts in each category. The last stage was finalising the 30 winners for 2020. Armed with expert views, the Forbes India editorial team debated, argued and vetoed its way down to the final 30. We realised there were some others who deserved to be featured under ‘Watch out for’.

We have only considered for selection those who were under the age of 30 as of December 31, 2019 (the cut-off date for selection of the list). Thus, in the case of enterprises which have several co-founders, we have considered only those where at least one of them is under 30. See the full Forbes India 30 Under 30 list for 2020 here

(In the case of entrepreneurial firms where there are several co-founders, Forbes India considers these to be a singular entity.)