Sai Pallavi did her first film in Class 6 to miss math class. Today, after playing memorable characters in in Tamil, Malayalam and Telugu films, she wants to experiment with 'better roles' and 'chiselled characters' 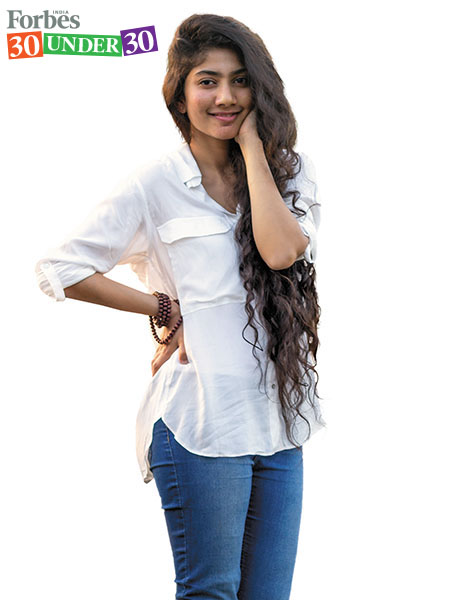 The first time Sai Pallavi was offered a film, she did it just because she was a Class 6 student who did not want to attend maths class. Thereafter, she only pursued dance passionately. A few years later, when a director offered her a Malayalam film—after discovering her at a dance show—Sai Pallavi, then a student in Tbilisi State Medical University in Georgia, mistook him for a stalker and did not reply to his messages. In retrospect, the actor realises that despite not pursuing both opportunities aggressively, they turned out to be crucial career milestones.

The first film mentioned above, Kangana Ranaut’s Tamil debut Dhaam Dhoom (2008), saw Sai Pallavi play the actor’s relative in a forgettable role. However, the second film, Alphonse Puthren’s Premam (2015), endeared her to an entire generation of Malayalis, most of whom remember her as her character Malar.

“I knew nothing about acting and had a million insecurities, but people’s acceptance gave me confidence,” says the actor. “Today, I am most happy if women get courage and confidence simply because they are able to relate to me.” Premam was followed by a string of mega successes, be it her Telugu debut Fidaa (2017) or the viral song ‘Rowdy Baby’ from Maari 2, which ranked first among YouTube’s most viewed videos in India for 2019, and seventh globally.

“Sai Pallavi comes across as someone unafraid to flaunt her unconventional looks, offbeat film choices and lack of pretence,” says senior film journalist Subha J Rao. “She brings a certain freshness to the screen. She needs to choose roles with gravitas, because she seems to do better in films where her character, even if small, is etched well.”