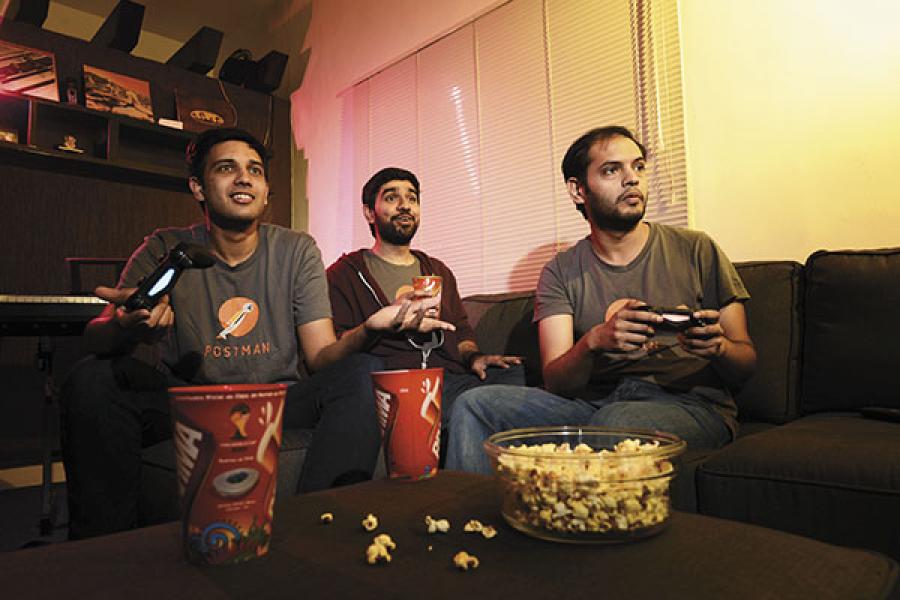 Abhinav Asthana, Ankit Sobti and Abhijit Kane were not fast friends when they decided to start Postman. What bound them together was their skills in writing code and their love of gaming.

In 2009, Asthana had enrolled for a six-month internship at the Yahoo R&D centre in Bengaluru, where he met Sobti. A year later, Asthana co-founded a startup TeliportMe, where Kane, a graduate from BITS, Pilani and the youngest of the trio, got an internship. In October 2014, the three started Postman, two years after Asthana wrote code for the first version of their eponymous (software) platform.

The Bengaluru-based startup builds platforms for the development and management of APIs (application programming interfaces, by which different software talk to one another). Postman covers the entire API development cycle. Its core audience includes individual software developers across the world, as well as companies with software development teams. Initially available for free, Postman also launched a cloud-based paid platform last December; 300 companies are now registered on this.

The venture has a 17-member team (including its co-founders) of which 12 are in core development. Postman recently set up operations in Austin and San Francisco in the United States, a key developer market. It has also received an undisclosed amount in funding from venture capital fund, Nexus Venture Partners.

“Within a year of operations, we have emerged from having a few hundred thousand users to 2.5 million users,” says Asthana, the CEO of the company. Postman counts some of the largest organisations in the world, including Microsoft, Sony, Real Networks, Box and Netflix, as users of its platforms.

“We are very bullish about the company and feel that it can possibly be one of the best software startups to come out from India,” says Sameer Brij Verma, director, Nexus Venture Partners. And adds with confidence: “We definitely foresee a future where developers think about Postman as the platform of choice when they are working with APIs.”

Tweets by @forbesindia
30 Under 30: Arunima Sinha - Climb every mountain
Needed: Entrepreneurial models that work for 'Bharat'