Apar Gupta's book is a ready reckoner on India's IT Act 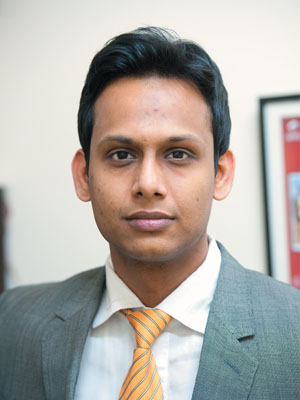 In 2013, Indian cinema watchers were deprived of watching Woody Allen’s Blue Jasmine. Reason: The censor board wanted to put a disclaimer on scenes that depicted smoking, and Allen being a staunch protector of artistic freedom refused to have the movie released.

Now, contrast this with a YouTube release and the same film would pass muster without a disclaimer. Simply put, the rules of the internet are different from traditional media—something that the government doesn’t seem to have woken up to.

This anomaly has proved to be a fertile ground for Apar Gupta who has carved out a niche in media law and freedom as well as the regulations that govern technology platforms like the internet and mobile telephony. “He is idealistic about the values that embody the pipes that connect us like never before—for instance, privacy and freedom of speech,” says Karuna Nundy who’s a Supreme Court advocate and has worked with Gupta.

It helps that Gupta’s journey began in a family of lawyers. In school he had a “deep interest” in computers but vectored towards social science and finally ended up studying at Amity Law School. It was here that he realised he could combine the two interests. Remember, these were the days when IT regulation was still fresh and there was a dearth of lawyers. “I realised this was the right area for me to carve out a niche and I started writing a book on the IT Act,” says Gupta. He was all of 24 at that time.

Once complete, the book did a lot better than he expected and was accepted for publication by all publishers barring Lexis Nexis. He finally chose to get it published by legal publishers Wadhwa & Company. It remains a ready reckoner on the IT Act.

Post law school, Gupta made another unconventional career choice. Rather than go and join a law firm where corporate work is the mainstay, he chose to work in a solicitor’s firm—Karanjawala & Co. Soon he found himself briefing senior counsels of the Supreme Court. It was a heady experience. 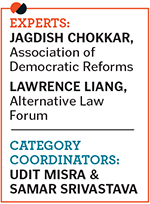 Perhaps that’s why Gupta thinks of himself first as a litigating lawyer. Unlike other lawyers, “I go to court everyday and argue cases. That is my primary job”, he says. In addition, he’s also on a retainership with the Internet and Mobile Association of India advising them on new regulations in the sector. An avid runner (he recently ran a half-marathon), Gupta doesn’t dwell on short-term sprints: He is in the business of protecting internet freedom for the long haul.