A designer by chance, Aneeth Arora of péro has made simplicity her byword 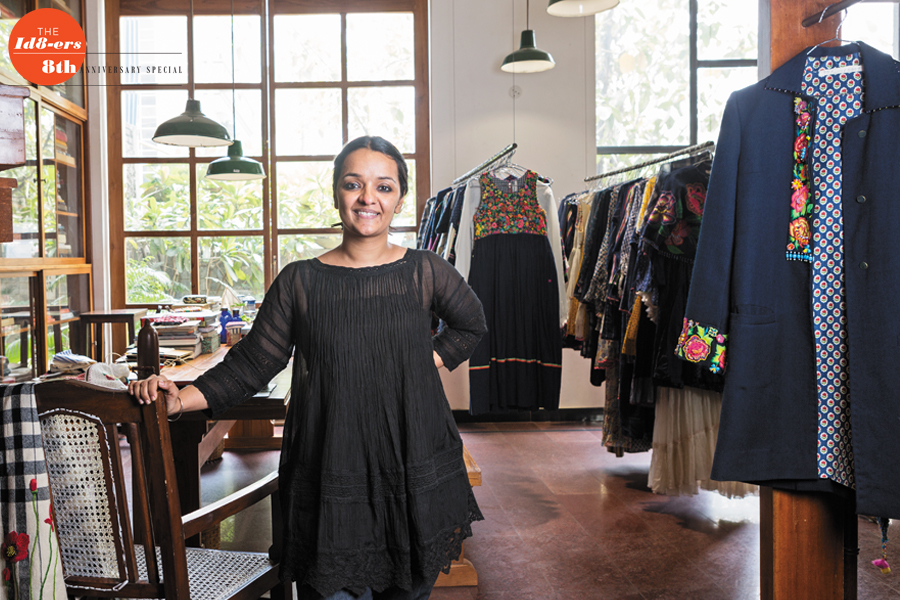 For Aneeth Arora, becoming a fashion designer was nowhere on the radar when she was younger. She had little sartorial interest in her childhood and all she wanted was to move out of her hometown Udaipur in Rajasthan after passing out of high school.

For that, she took as many entrance tests as she could and while she cracked the Sir JJ College of Architecture exam in 2000, she chose to join the National Institute of Fashion Technology (NIFT) in Navi Mumbai.

“My mother did not want me to leave home and go far since my brother had already moved to Mumbai. But I convinced her and joined NIFT even though I did not have a definitive ambition back then,” says the 34-year-old.

After graduating from the institute, she went on to study for a masters degree in textile design at the National Institute of Design (Ahmedabad) in 2004, where she gradually developed an interest in fabrics.

“I worked with a lot of craftsmen and learnt the technicalities of textile, such as weaving, printing and dyeing,” she says.

Arora began working in 2007 at Xylem Papercraft, a company that manufactures handmade writing and decorative papers. And even as the job nurtured her creative flair, the turning point of her career came next year when she decided to try her luck in the Gennext category of the Lakme Fashion Week in 2008.

“I created simple, hand-stitched clothing, which was not liked by the audience,” she says.

But despite the lukewarm response, she received a call from Aza, a leading fashion house based in Mumbai, about two weeks after the show asking her to make a collection for them. The show also brought her international exposure with coverage in an Italian magazine.

“I even got a call from a lady in Paris who wanted to work with me,” she says.

Her first order with Aza led to the birth of the label Aneeth Arora in 2008. A year later, when she participated in Lakme Fashion Week again, she renamed it ‘péro’, which means ‘to wear’ in Marwari, the local language of Rajasthan. “péro sounds simple, but that is exactly the essence of the brand,” she adds.

From making 12 garments a month in 2008, she now makes about 1,000 and her staff count has gone up from two to 100. Arora has also made forays into the international market, with exports comprising a majority of her business.

Says renowned fashion designer Raghavendra Rathore, “Arora has demonstrated an immaculate understanding of both, the craft that she pursues and the business behind it, giving her a unique credibility among her peers and colleagues.”

As of now, Arora is living in the moment. Success, she says, comes only “if you take baby steps”. “I still prefer to take one day at a time and not think too much about my commitments in the long run.”