An anti-car guy makes a four wheeler. You can buy it if you want one. But then you are not Bajaj’s core customer 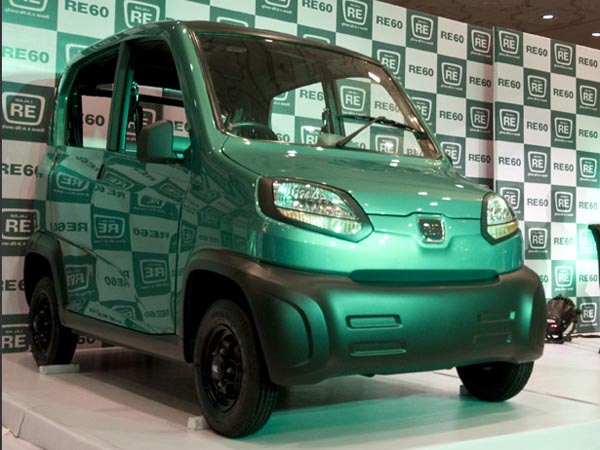 No. It’s not. Rajiv Bajaj, managing director of Bajaj Auto would like you to believe that the RE 60 is a four-wheeler but not a car. RE stands for Rear Engine, a term used commonly for Bajaj’s three wheelers. It, of course, has a steering wheel, four doors, four wheels, headlights, tail lights, seat belts and seating capacity for four. An additional feature though is the three-wheeler (auto rickshaw) meter. In the words of Bajaj, “This is a vehicle for all the people who use a three-wheeler almost everyday. It is a four-wheeler which is a dramatic improvement on the three wheeler.”

His core market then is the auto rickshaw segment. Bajaj hopes that state after state will gradually replace the 5 million auto rickshaws plying in the country. “We are the world’s largest three-wheeler manufacturer. [Management guru] Jack Trout told us something; the leader should do more. It is only right. He urged us to do something dramatic with the three-wheeler, like we did with the Bajaj Chetak to [come up with] the Pulsar.”

The RE 60 will go on sale later this year which is when the price will be announced. Let’s not talk about looks right now, because that’s subjective. But it looked a lot like the Reva.

The RE 60 is Bajaj’s answer to the green brigade. The company’s corporate presentation to explain the vehicle concept showed an unhappy bird pained by pollution looking for answers. It found faults with the electric car and thought that a hybrid was too expensive. It finally found joy in the RE 60. Based on Bajaj Auto’s claims, this vehicle comes across as clean and efficient. It has the lowest CO2 emissions in the world and a mileage of 35 kmpl. It will also have a CNG variant.

It is interesting to see the kind of cost savings Bajaj has been able to achieve. The RE 60 will be manufactured at Bajaj’s three-wheeler plant in Aurangabad, Maharashtra. Bajaj now manufactures about 45,000 three wheelers per month. The RE 60 will share the line with the three-wheeler, and production capacity will be expanded. “That alone is savings of about Rs. 350 crore,” says Bajaj. While he declined to share the total cost of investment, he believes the RE 60 will maintain the group’s mantra of returning a 20 percent margin.

The RE 60 will be exported to almost all markets where Bajaj currently sells its three wheelers. So that would be Asia, Africa and Latin America. Exports begin with Sri Lanka where Bajaj sells 10, 000 three-wheelers a month.

How about Bajaj’s partners? Renault and Nissan. Bajaj said that about a month back, Renault and Nissan saw the vehicle in a web presentation. “This is a platform which has been totally designed and developed by Bajaj in Pune. I have always said that it is a four-wheel platform and not a car. At no point was Bajaj being a contract manufacturer of someone. With small or big modifications, we are ready to supply the platform to Renault-Nissan if they so wish,” added Mr. Bajaj.

What about competition from the Tata Nano? Bajaj couldn’t resist a dig at Tata Motors. “I am not sure if the Nano is the cheapest car or god’s gift to two wheelers but thankfully the RE 60 has a clear position.”

Will the RE 60 become a goods carrier? In the sense, let’s say a light commercial vehicle? Nope. Mr. Bajaj said the company doesn’t want to get into moving goods because it is not what they do. Bajaj is happy moving people around. This was backed by an interesting logic shared by the man that is worth mentioning. He said Tata Motors is a truck company. So when a big truck company makes a little truck, people are happy to buy it. “I am not sure if people want a want a small car from a truck company.” I don’t know if that will go down too well! 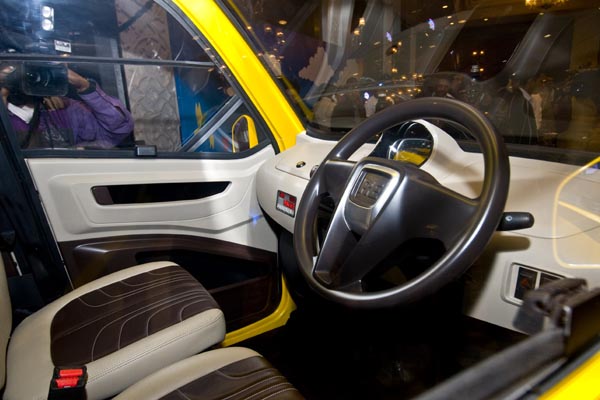 RE 60 at a glance:
Engine: 200cc water cooled, 4 valve DTS-i
Weight: 400 kgs (almost half that of A segment small cars)
Power: About 20 hp (power to weight ratio is good so it should be peppy)
CO2 Emissions: 60gms/km (one of the most efficient in the world)
Mileage: 35 km/liter (claimed by Bajaj in normal riding condition)
Maximum speed: 70 kmph
Turning circle radius: 3.5 meters
Looks: Very similar to the Reva
Seating capacity: 2+2

Get the latest stories, videos, and podcasts from Forbes India directly in your inbox every Saturday
Thank you for your comment, we value your opinion and the time you took to write to us!
Comments 25