This is my dream job: Lamborghini's Mitja Borkert 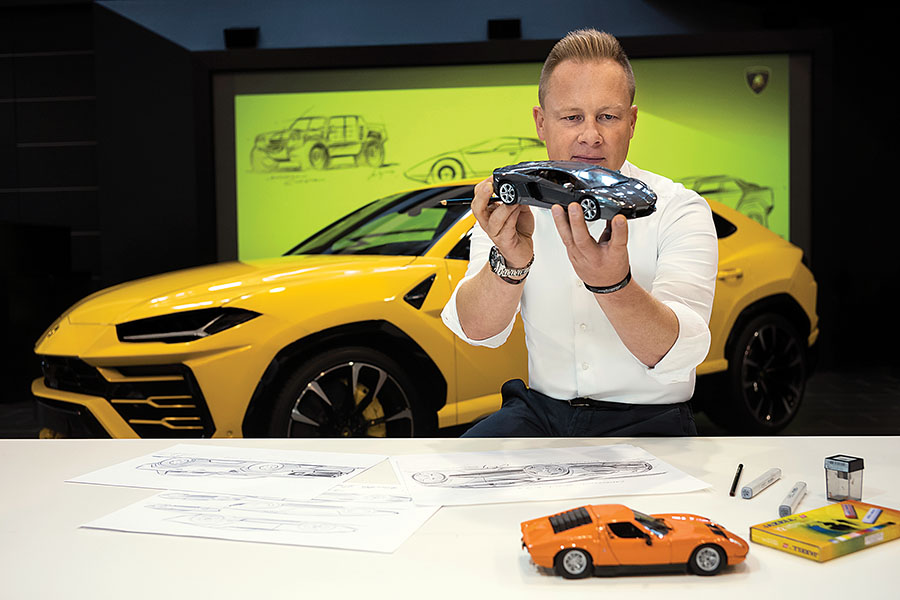 Automobili Lamborghini, the Italian maker of luxury sports cars, is known for its dramatic, angular, and low-slung design. Named after bulls—it also has a raging bull as its emblem—the cars are made in limited numbers, and there has never been a 2.0 version of an older model. In September, the company started selling its first SUV, Urus, in India. Forbes India spoke to Mitja Borkert, head of design at Lamborghini Centro Stile (design centre), based in Sant’Agata Bolognese, Italy, to understand how a 55-year-old brand remains super cool and aspirational for every generation.

Borkert, 43, who joined Lamborghini in April 2016, earlier worked at Style Porsche, in Weissach, holding various positions, including director of exterior design, and contributing to models such as the Panamera Sport Turismo, Porsche Boxster 987 facelift, Cayenne, Macan and Mission E. At Lamborghini, he supervised the creation of the Super Trofeo Evo, the Urus and the Terzo Millennio. Edited excerpts:

Q. What are the design principles that you must follow while designing a superfast car?
There are three basic aspects to this: Proportion, design and detail. Lamborghinis look iconic because of their extreme proportions. The proportion of a car has to be outstanding and dramatic. If you get the proportions right, others will never be able to catch up with the design.

These cars are also extremely low-slung, with angular lines. There are very strong angles to the side windows, from the front and the rear. The silhouettes of the cars have a lot of edges and angles, and are unmistakable. The central line of the Lamborghini—the Gandini line [created by Italian car designer Marcello Gandini]—is extremely important to the design of the car, and will hopefully remain so forever. For every new car we make, we have a new interpretation of this line. The third aspect, detail, covers components such as vents, mouldings, emblems and trims.

Q. How do you retain the design language of a line of sports cars, and yet create something that is contemporary?
We are very fortunate because from as early as in the 1960s we have had [similar] elements in the design of the car. The use of the hexagon is one such element, which dates back to the Marzal concept car of the 1960s. For instance, it has been used extensively in the Huracán: It is there in the interior, as well as the exterior, like in the rear mesh and headlights.

The Y shape that we use on the bonnets and the rear ends is also very much a part of our DNA. It has been used in the Urus, where the exterior and the interior dashboard architecture follows this design element. The Aventador has them in the rear lights. These elements will be continued in future Lamborghini car designs as well, because these are the elements we are always referring to. However, we are always striving to come up with something unexpected, something fresh and something unstoppable. 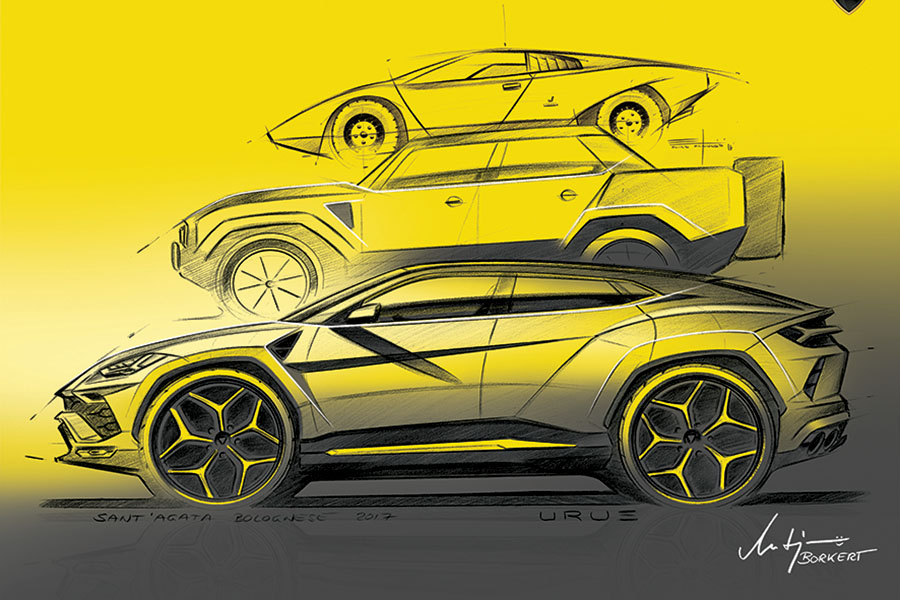 Q. How will automobile technology such as electric drivetrains affect the design of Lamborghinis?
The current available technology is not yet ready for superfast sports cars that aim to travel at 300 mph. The range and power available is not enough at the moment. However, our design language is iconic and futuristic. So, it does not matter whether we use fossil fuels or batteries.

Lamborghini buyers are 10 to 15 years younger than buyers of other sports cars, because our cars look super cool, and appeal to a younger clientele.

Q. Which sports car designs do you consider to be the most iconic? Why?
I consider the Lamborghini Countach LP500 to have the most iconic design. It is a design that defined the essence of the brand early on, right in the early 1970s. The concept car was shown in 1971, and the design language of this model has been continued in the Lamborghinis of the 1980s and ’90s.

Q. How did you get interested in automobile design?
I was born in East Germany, and by the time I was seven, I was drawing cars. But it was East Germany, and there were not many kind of cars around. So, I was in my father’s garage, working on a dream model of a car. It was by luck that I got to study Transportation Design from the Applied Science University of Pforzheim, and got the opportunity [in 1999] to work at Porsche. But even when I worked there, I always dreamt of working at Lamborghini. So, this is my dream job.

Today, my hobby and my job are one and the same.

Tweets by @forbes_india
Another change? How to let go of the old
Managing talent for excellence - in conversation with P Gopichand