Dandam' is the story of 'Yallappa', a collector, who takes up the role of supporting suppressed communities and fighting against the ministry. The victims from the suppressed class are the real heroes who help Yallapa to fight against them. 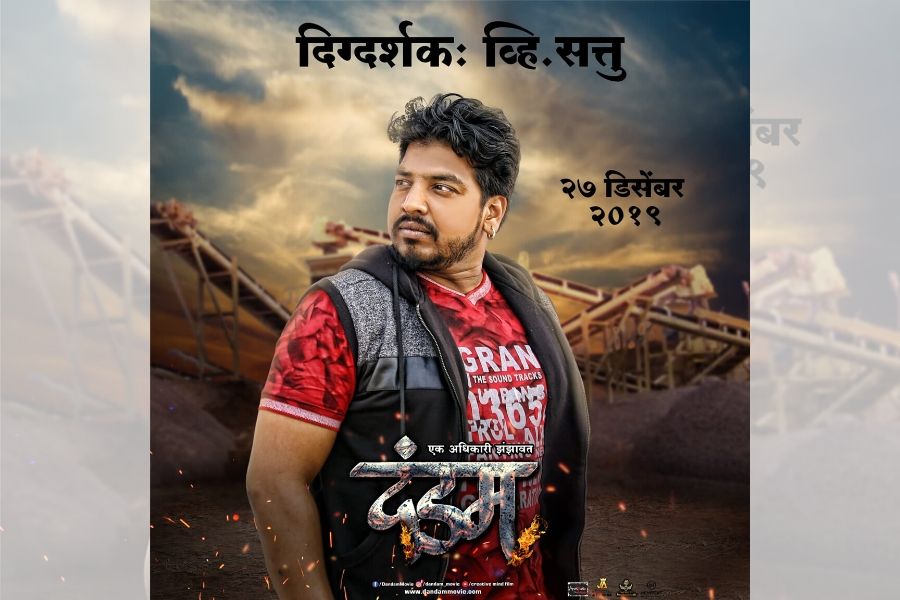 Most of the Maharashtrians tempt to watch Tollywood movies not because they are action movies but because they have meaningful content, preserving the authenticity of their culture. The depth of human emotions, life values are well explored. South films have good visuals, screenplay and they are technically strong. The audience seems to be craving to watch south movies even in dubbed form because of all these various aspects. Now it’s time to stop watching borrowed movies of South. Someone needs to break the ice and be a trendsetter in Marathi. This thought came in mind of V. Sattu who has written and directed ‘Dandam’, considering what Marathi audience will love to watch. Dandam is the very first original action movie in Marathi which will be dubbed in Tamil and Telugu languages too. It is not only an action movie but it’s a package of dance, music, struggle for human rights and a sweet love story too. The song ‘Banglang’ which depicts the Marathi urban faiths and beliefs has become tremendously viral and movie trailer is well received by the audience which has crossed over 3 Millon views on Youtube. ‘Dil Majha Bigi Bigi’, ‘Zanjawat’ sung by Prasannajeet Kosambi, Jashraj Joshi, Adarsha Shinde, Anandi Joshi will be released soon on Youtube. V. Sattu is a filmmaker who hails from Beed a small village in Maharashtra belonging to a middle-class family. During an interview, V.Sattu said "Only good content doesn't make a good film but if you want to make a movie like South you should have extraordinary action in it. Making a movie was a struggle in many ways. I have given an opportunity to raw and new talent. Be it a hero, villain or character having a nominal role, almost everyone is having six-packs and a good body built. I'm sure watching this movie on the screen will be a thrilling experience for the audience." 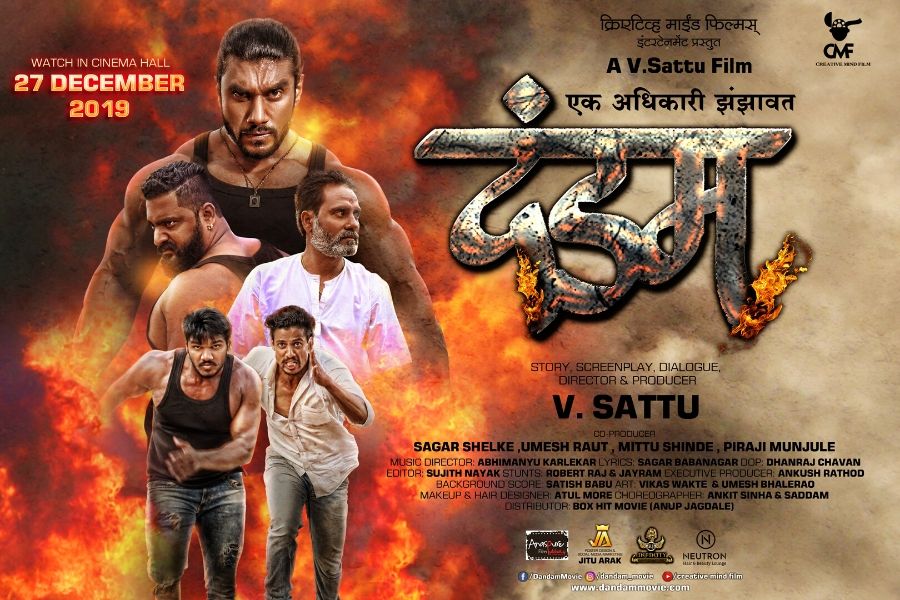 While reading this article your curiosity level might have increased and you might be thinking who the actors are? Though they are fresh faces Mayur Raut, Ripunjay Lakshkare and Mr. Universe, Sangram Chaughule have been featured in the lead role while Akshay Jambhale, Subhash Vare in negative roles. The actress Riddhi Kumar has made her debut in Marathi with ‘Dandam’. ‘Dandam’ is the story of ‘Yallappa’, a collector, who takes up the role of supporting suppressed communities and fighting against the ministry. The victims from the suppressed class are the real heroes who help Yallapa to fight against them. Dandam team is set to hit the box office on 27th December 2019 all over Maharashtra. Dandam, the first-ever big action film in Marathi will definitely set a benchmark in the history of Marathi films. Zanzavat Dandam’s marketing has been done by Anaspure Film Publicity and Media house. Anaspure film publicity’s head raju anaspure is actively working since 9 years serving their clients with celebrity events, movie promotional activities and online publicity. All the above activities has been successfully performing by well renowned Anaspure Film Publicity and Media House. Disclaimer: This content is distributed by Digpu News Network. No Forbes India journalist is involved in the creation of this content.