Marketa is quite unlike the usual fashionista, and it is because she has found a mission in her life 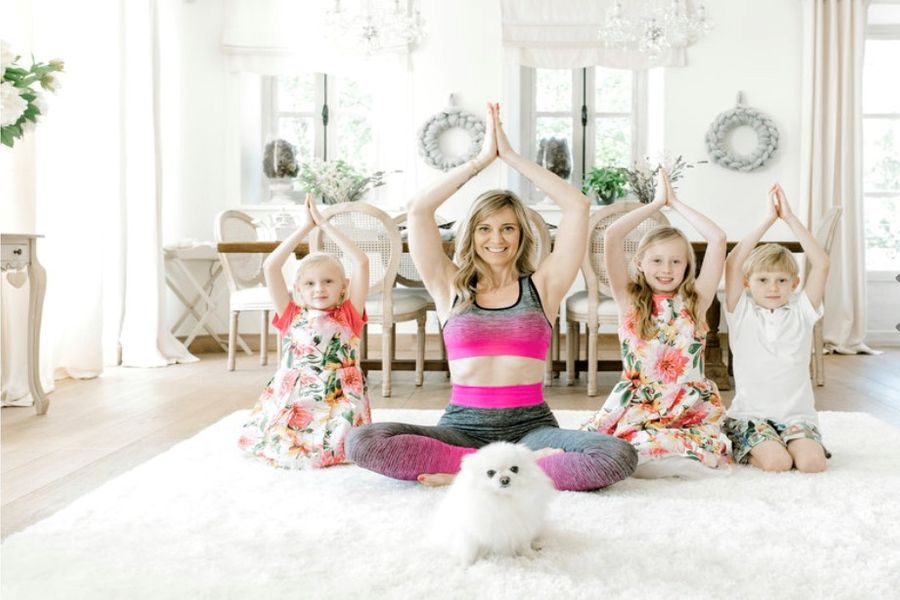 Marketa Hakkinen, a fashion designer and Fertility Coach, and wife of Mika Hakkinen former World Champion in Formula 1 racing, realized the value of having a balanced body while trying hard to get pregnant about a decade ago. She visited a number of doctors who prescribed a number of medicines to her but Marketa continued to suffer from, what came to be called “Unexplained Infertility.” The term means a couple is unable to conceive despite being physically healthy. However, once she took the matter in her hand, she focused on the all-round health of herself and followed a self-designed program, which got her pregnant in just 4 months. No wonder that she was elated! But she didn’t stop there. This determined woman decided to help other women facing similar issues and that is how she became Fertility + Nutrition Coach. Marketa runs her own company, LoveFertilityCoaching, which helps women reach motherhood in a wholesome, natural way. Today, the mother to 3 beautiful, happy children, 10 years old Ella and 6 years old twins, Daniel and Lynn, Marketa spends considerable time in her ‘fertility world’, where she is needed. A World Apart Marketa is quite unlike the usual fashionista, and it is because she has found a mission in her life. Her world revolves around her family, which is why she chooses to work from home, but that doesn’t mean she is bereft of any worldly wisdom. She has studied fashion design, and though she dabbled in the professional world, she couldn’t continue in that world because she felt she was different. However, she didn’t quite before she designed 3 collections of wedding dresses and travelled a lot, meeting new people in the process. Settled in Monaco Born in the beautiful, historic town of Pilsen in Czech Republic, Marketa earned her bachelor’s degree and straight after that, she graduated in fashion designing from the university. Armed with a solid educational background, she finally found a career in dance, starting as a professional dancer, which she remained till the early part of 2007. It was then that she met the love of her life, Mika, who was a Formula 1 World Champion by then and was called throughout the world as the “The Flying Finn.” Their relationship bloomed because Mika was by then finishing his career as a race car driver and looking for other avenues. By the end of 2007, Mika and Marketa had moved to Monaco with the intention of starting a new life together. Today Marketa is happy in her beautiful abode, which she loves. In her words, “I like Monaco as security is so important, and living here gives you many positive advantages with feeling like it’s my home.” Biological Clock Ticking By the time Mika and Marketa had moved to Monaco, both were ready to plan a family, even though Mika had 2 children from his previous marriage to Erja Honkanen. After months of doctor visits and rounds of medicines, Marketa took matters in her own hands and identified ‘stress’ as the main culprit that prevented her from becoming a mother. She launched herself on a holistic program, which included Chinese medicine, Yoga and the pursuit of a balanced body, with the focus on nutrients, micronutrients, thyroid health, mental health, understanding of the body stress, etc. In 4 months, Marketa became pregnant and also the “happiest person on the earth.” Love, Fertility & Coaching With this company, Marketa prepares couples for natural conception but she does much more and all of this she does with love in her heart and mind. The kind of information and knowledge she has achieved through self-education comes in handy when she prepares her clients to go through her remarkable 3-month program, which she claims has very little side effects, unlike other intervention procedures, which include hormonal imbalance and high cost. She particularly helps those couple who have been dealing with infertility for quite long and are left lost or scared by artificial means of pregnancy. Her natural program boosts such couples’ chances of conception and fulfills their deepest desire to experience parenthood. When asked whether she is the typical businesswoman or a family woman, Marketa answers delicately, “I am a busy mother and my family comes first for me. But at the same time I am a busy businesswoman too and a life-long student. I’ve found my own strategy, which is to work wherever and whenever I find the time, throughout the day. I plan my day every morning and both family and business find a place in it.” Marketa’s aim in life is to keep sending other women, desirous of becoming mothers, down that beautiful path, in her own peaceful and loving method. The pages slugged ‘Brand Connect’ are equivalent to advertisements and are not written and produced by Forbes India journalists.