Despite enjoying great success in real estate, Rajesh Kumar Singh also made a debut in the film world in 2005 by producing Fareb 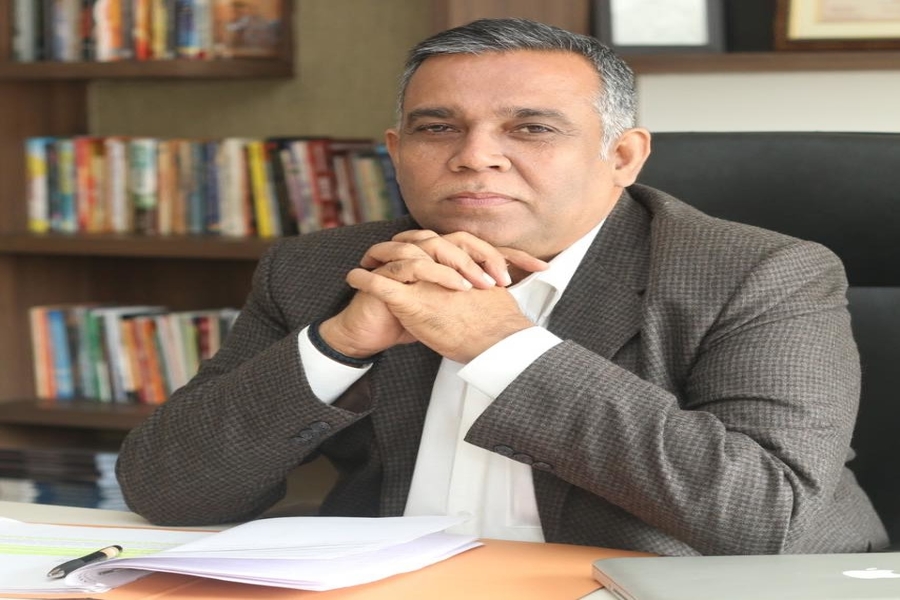 A true visionary and philanthropist who has constantly worked towards the growth of the community, Rajesh Kumar Singh, Chairman of Kunwar’s Global School and Managing Director of the Dayal Group of Companies, is passionate at heart and a very hard-working entrepreneur. He pioneered the Dayal Group of Companies in 1997, naming it after his father, who he credits with the moral values that were inculcated in him, during his formative years. Despite enjoying great success in real estate, Rajesh Kumar Singh also made a debut in the film world in 2005 by producing Fareb, a full-fledged commercial film, which made brisk business at the box office. Anwar was his second outing as a producer, showing a distinct shift towards the backing of more personal cinema. Proving his versatility and innovation once more, Rajesh Kumar Singh entered into a completely unique sector – the hospitality industry. There, with his able management and commitment, within a span of 8 years he set up and reinvented his 4-star hotel ‘Dayal Paradise’. This facility now stands amongst the top hotels in Uttar Pradesh. “I firmly believe that the mission of humanity in this century must be to contribute concretely to the peaceful & supportive coexistence of mankind," says Singh But life was not always kind to Rajesh Kumar Singh. While it presented him with huge success in business and an empire that anyone would be proud of, it stole from him one of his most precious delights – his young son Kunwar Yasharth. This loss and the incomparable grief of a devastated father changed the course of his life. He sought ways to make the memory of his son live on, through initiatives that would benefit society. Drawing energy from the memory of his son, he pulled himself together by immersing himself in social activities, the first of which was to lay the foundation of a Charitable Boarding School for children – Kunwar’s Global School. At this educational institution, Rajesh Kumar Singh ensured that students were not merely a roll number but treated as unique individuals with their own exclusive skill-sets. Breaking the traditional barrier of judging a child through a report card, he promoted his vision of “intelligence beyond boundaries”. For all his noble work, Rajesh Kumar Singh has been honored with the prestigious Mahatma Gandhi Samman at the House of Commons, London conferred by NRI Association of India. He has been awarded the UP Ratan twice, in 2018 and 2019, for his tremendous contribution to the society and been facilitated by Uttar Pradesh Chief Minister Yogi Adityanath for his outstanding contribution in the field of education and has been recognized and awarded by Sri Ram Naik Ji, Governor of Uttar Pradesh for the overall contribution in the field of education and social responsibility. Internationally, he has received the World Icon award from the Prime Minister of Thailand. For More details please visit: https://www.rajeshkumarsingh.com/ Disclaimer: The pages slugged ‘Brand Connect’ are equivalent to advertisements and are not written and produced by Forbes India journalists.