How Did A Girl of 11 Create the Novel Concept of Empowering Women Creatively? 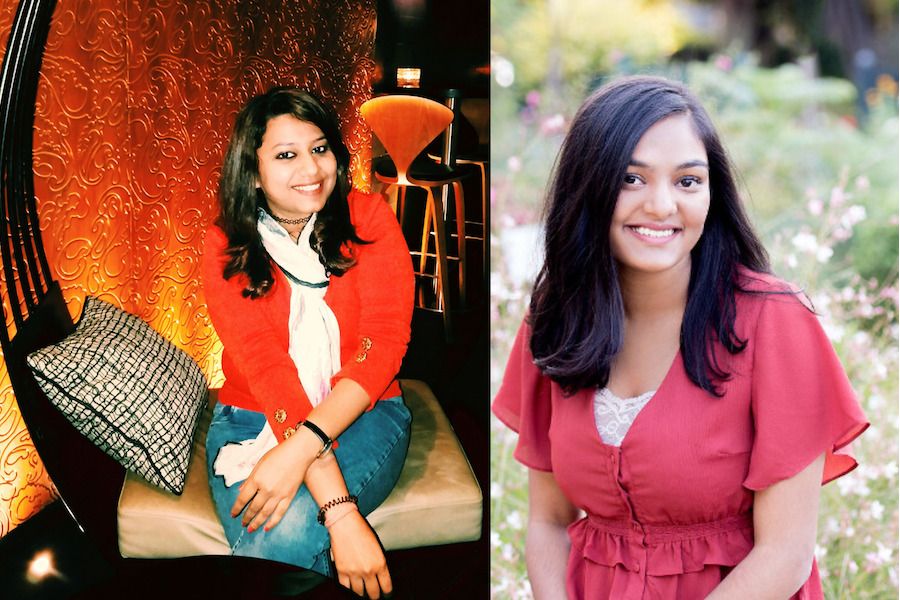 Riya Sinha and Shraddha Varma found themselves in utter pride when they represented their baby company at a world-renowned platform which celebrates women and their ventures- Women Economic Forum in the year of 2018. Initially, it seems to be a generic story of women empowerment but what they have achieved as women entrepreneurs in their early ages is worth applause. It wasn’t a cakewalk for the duo to actualise their idea of creating something which is uniquely empowering women. Their focus hasn’t been limited to theorising the feminist ideas but to bring life to the very idea of feminism and women empowerment driven by sisterhood and equality. From Grit to Glory With a determined aim to create a ripple in the lives of unlimited women, the two young women founded Fuzia, a virtual community which would make real changes. In 2012, Riya Sinha, the founder who hadn’t even hit her teen years yet juggled to make her mark and make ways for millions of other women to make their own. A girl of such a tender age had formed a vision to empower the women of the world and her dream has grown into reality. With her partner, Shraddha Varma who joined later in 2015 the two women shaped their idea and their vision expanded to connect women globally. Thus a unique concept of merging social media and self-development came into being wherein the core values remain the same- educate, learn and empower. How Did A Girl of 11 Create the Novel Concept of Empowering Women Creatively? Riya Sinha studying in the higher secondary at Palo Alto High School, California penned down a short book ‘Runaway Twins’ which she presented in a local bookstore in Palo Alto to a small group of children. A 6-year-old girl came up to her with utmost excitement to tell the author how she was inspired to write a book too and that Riya has made her realize her dream. This made Riya realise the potential of inspiration. She wondered what if the girls or women around the country and the world could influence each other through their creative pursuits? Thus, the novel concept of Fuzia was born. What started as Fuzia Writing Club in 2012 as a platform meant for school girls to share their writings and essays is now Fuzia (www.fuzia.com), a venture which grew from 2 to 35  team members with a common vision & mission to empower creative female voices globally, under the visionary leadership of Shraddha. What is it about their Uniqueness? To quote Shraddha, “Every nook in this world has a woman with talent waiting to be recognised and shine. The potential of women’s talent pool is unimaginable and we have been exploring it since day one. Unlike the lost city of Atlantis, women and their talent will always find a way in this world. They just need a channel and a platform and we are giving them that.” This has been made possible by their virtual community. Fuzia is all about remote working and this is their X-factor. Riya believes that opportunities shall meet everyone and the best way possible to do so is to digitise your ideas and that’s how she rolls! The remote culture has enabled them to reach out to women from various underdeveloped and distant lands. They have extended their help to many from the rural to the urban. Their venture to provide a safe online space to express, learn, create and grow is paying off. They have walked a long way to empower women, offered them with self-help resources and various job opportunities. The idea of empowering women is not something alien to us. However, the results are not always satisfactory when it comes to ground reality. Many a time, resources aren’t available and if they are available, they aren’t accessible to those in need of it. Fuzia has bridged this gap and went all remote defeating geographical, social and other barriers. Their online community has grown to 4.5 million and more than 50 thousand active contributors on their website. Their inclusive talent pool has creative minds from more than 35 countries around the world. Their brand sees no boundary and continues to affect millions of lives by providing them with a space to shape their career and making economically independent. Celebrating cultures and people from different countries, the Fuzia members are ever learning and ever-growing. Disclaimer: The views, suggestions and opinions expressed here are the sole responsibility of the experts. No Forbes India journalist was involved in the writing and production of this article.