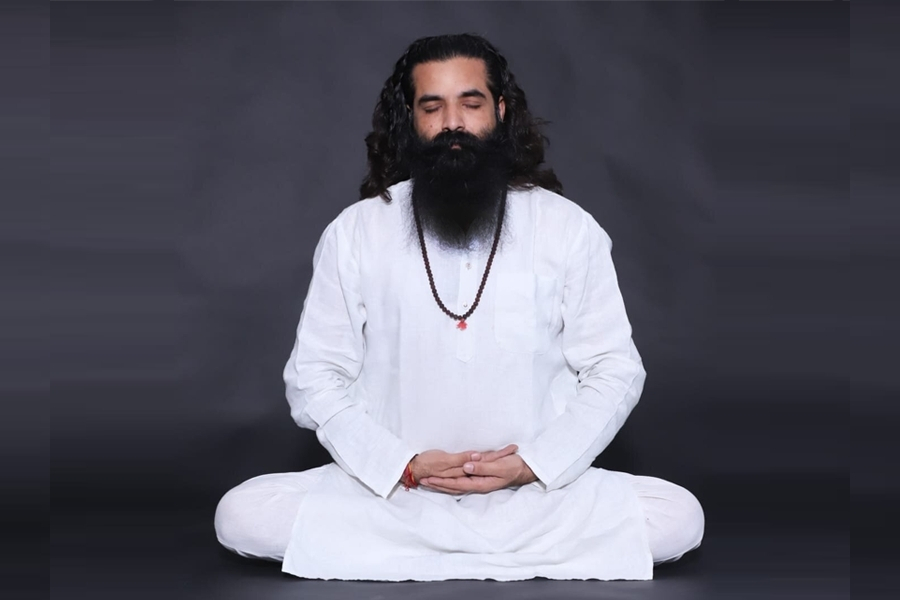 Swami Amit Dev, a person as Yogi , a guide for all the human beings  who has a different vision of teaching, a vision to establish yogic colleges and schools with holistic curriculum that unite the teachings, the practice of yoga, and meditation. Swami Amit Dev has been running a non-profit organization Shri Yog Abhyas Ashram Trust (SYAAT) as a leader since 2016. Swami Amit Dev’s gurudev’s have acquired yoga as a scientific cure to human’s disease, and he is taking forward that culture as a scientific and spiritual practice independent of culture, gender, age, geography, or religion. He is a leader, a mentor and a pathfinder for the people who are confused and depressed. He has conducted extensive studies into the science and spirituality of yoga. Guruji’s main aim is to teach yoga to all the people to raise the healthy men and women in future. Remarkably Swami Amit Dev teaching his two years old son a practice of yoga which is quite magnificent to teaching his son a different postures, agility and balance. He has many plans to expand the culture of yoga in Sydney, Australia which are already in underway. Swami Amit Dev usually organize camp of yoga in other countries to teach the practice of yoga. He organized international camps at the SYAAT organization Accredited PrCB by AYUSH department Government of India. By doing all these things Swami Amit Dev’s main aim is to make people of all ages to walk of lives to perform yogic Kriyas, Asanas, Pranayams, and Mudras. 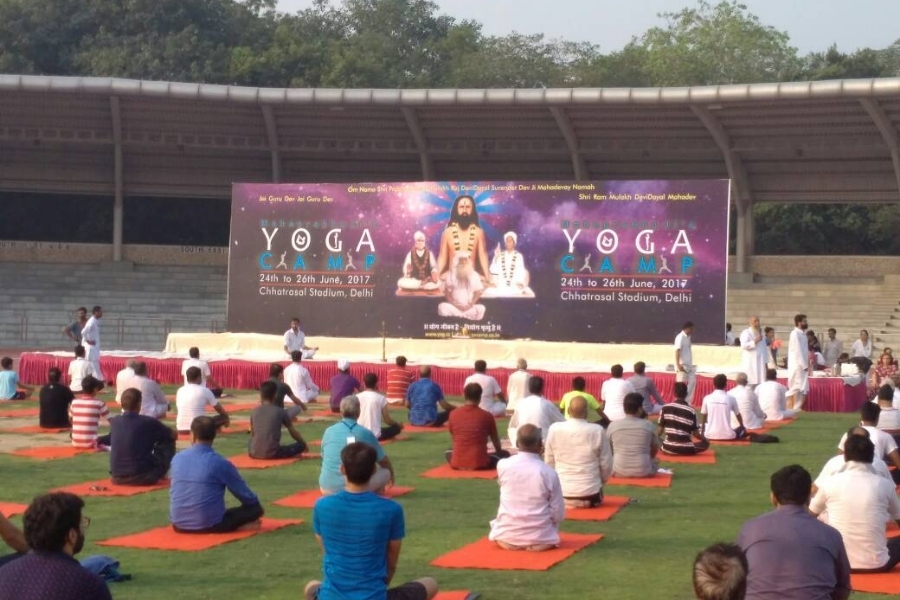 Yogeshwar Devi Dayal ji Maharaj has spread International Yogic Cure and Research Center nation-wide and have 32 locations. His camps have been proven successful at Shenzhen, China and Moscow, Russia and Hong Kong have loved the practice and culture of yoga. Swami Amit Dev have plans to hold similar camps in Canada, Italy, Saudi Arabia, Australia, and the USA. Carnoustie Ayurveda and wellness a very famous resort in Kerela as a healing destination for US, Europe, Russia and the middle east, Swami Amit Dev has played a necessary role in providing exclusive yoga program at that place. Guruji provides corporate yoga sessions to the professional who are more stress than ever leading to lifestyle disorders and a host of other problems. This helps in improving concentration and to get calm. Yoga is a good way of getting calm and get free from stress. Through corporate yoga people will able to get relief from anxiety and stress and by this their mental health will remain good. In this modern world people are too stressed. So, Swami Amit Dev presents yoga and its importance into the life of a modern man because their life has get puzzled in the busy world we live in. so, Swami Amit Dev also takes online sessions and social media because world is changing too fast, so must if we are to propagate the teachings of the elders to the younger highly stimulated generations to teach them to get calm, take fresh air, breath. When the pandemic came (covid-19), at that time people get too stressed. Swami Amit Dev organized zoom meetings with his supporters in Australia to teach meditation and encourage happiness in a time. After the online session the people who are unknown to this practice has asked to join future sessions of meditation. His session was a great success and was attended by many countries such as people from Japan, Australia, India, Jordan, Canada, and USA. By taking forward the way of teaching of Mahaprabhu ji’s Vedic yoga to countries around the globe, Swami Amit Dev done a remarkable work. By promoting his Gurudev’s way of teaching, Swami Amit Dev get connects with many people around the globe by offering the practice of yoga and by giving advice to how to feel stress free and calm and the hindrances that they are facing in their way of progress. Yoga makes human soul stress free and this earth a worth living planet that’s the way of Swami Amit Dev. The pages slugged ‘Brand Connect’ are equivalent to advertisements and are not written and produced by Forbes India journalists.

Tweets by @forbesindia
The value of personal relationships in a digital world
Piyush Sachdeva, an embodiment of the phrase, "From sports to business, it's all about leadership"