The Business of Storing

As offices and homes get smaller, Storemore cashes in by offering storage space 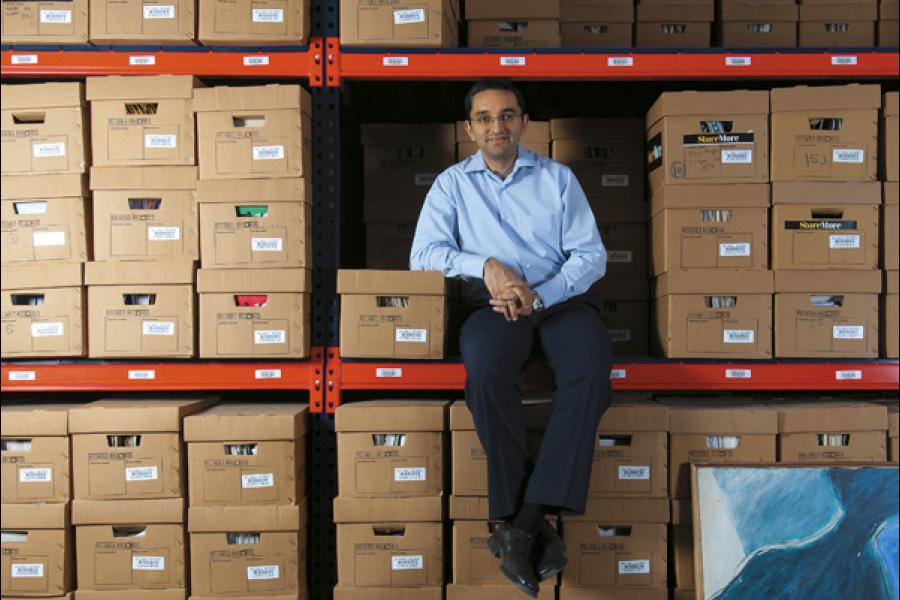 Amit Wilson was working in a venture capital (VC) firm when he came across a story in a business magazine. The story was about the storage of office records and personal items being big business in the US, worth several billion dollars. Wilson could see there was no such company in India, at a time when the digitisation process is slow and office spaces are overflowing with files, and when homes are becoming smaller.

Thirty-six-year-old Wilson started Reliable Records in early 2010 to store office documents. Along with that he started Storemore, which stores anything in homes that people have no use for, but want to keep anyway.

“I’m banking on that sentimental value,” says Wilson, a graduate from IIM Bangalore. The venture took shape when Wilson met Nitin Dhawan, a chartered accountant who worked with Wilson’s wife Pooja Kothari at Mindworks, and they decided to work together.

While figures for India are not available, the US industry for storing records has 46,000 storage facilities, covering 2.21 billion square feet. Gross revenues for 2009 were around $22 billion.

In just one year of operations, Storemore has managed to break-even, proving there is no shortage of people who are short of space.

The warehouse can be opened only through fingerprint recognition. It is fitted with sprinklers that spray fire retardant chemicals (a powder) instead of water (as water will soak through the cardboard boxes) in case of a fire. Each box has a bar code that is read by a machine. “This system enables finding anything in an instant,” says Wilson.

The company charges Rs. 30 per month per box. The minimum order for companies is 200 boxes. For extra storage, charges are levied per box. There is a fee for delivering the stored content to its owners and for bringing it back to the warehouse.

In case the items to be stored do not fit in a box, the company charges Rs. 30 per cubic foot of space.

Shruti Tulli, a resident of Mayur Vihar in eastern Delhi, keeps old documents at Storemore and says it gives her peace of mind and the freedom to use the extra space in her apartment. “They used to take up so much space and I would worry about termites destroying the cartons as they lay unused. They would also accumulate dust. Now, when I need them, Storemore delivers them to me on the same day. So, that’s cool,” says Tulli, who has taken a three-year plan for 15 boxes.

Currently, Storemore allows customers to store documents, books and toys. By next year, the company plans to accommodate bigger items that might not necessarily fit in a standard box.

Wilson, Kothari and Dhawan had raised initial capital to get the company going, and the money came from their own savings and some family members. The company has plans to expand to a space that can store 50,000 boxes. For that, they plan to start talks with venture capitalists and private equity firms by the end of November.