The FM assures that the development agenda won't be compromised 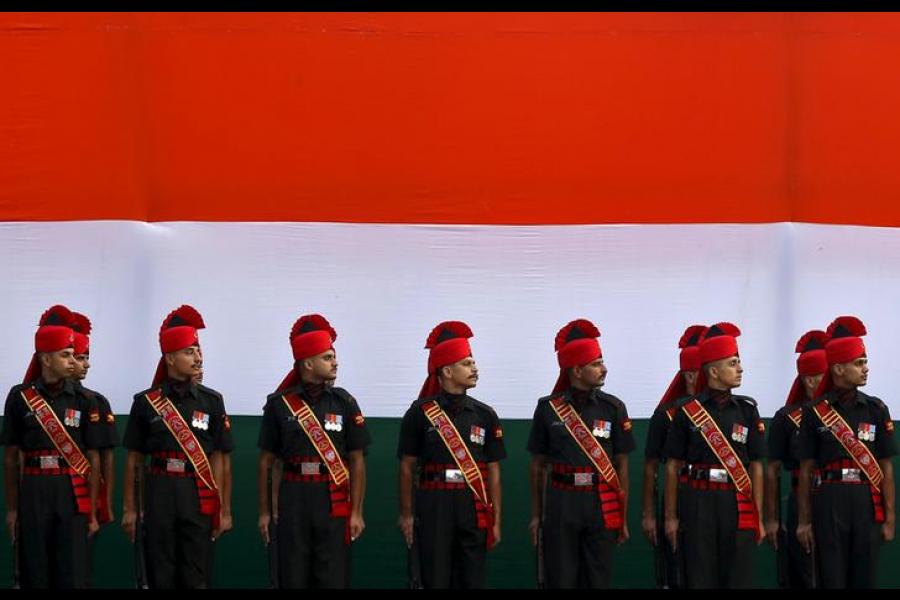 Image: Reuters
Doubts remain over the government’s ability to raise enough resources while making huge payouts due to One Rank One Pension (OROP) and the 7th Pay Commission

Some cheered while others looked on in disbelief as Union Finance Minister (FM) Arun Jaitley stuck to the fiscal deficit target of 3.5 percent of the GDP for 2016-17. “I have received conflicting suggestions about the FRBM road map. Different schools of thought have argued either in favour of fiscal consolidation and stability or for a less aggressive consolidation and for boosting growth,” Jaitley said in his budget speech on Monday. “I have weighed the policy options and decided that prudence lies in adhering to the fiscal targets. Consequently, the fiscal deficit in RE 2015-16 and BE 2016-17 have been retained at 3.9 percent and 3.5 percent of GDP respectively.”

The FM added that while fiscal prudence would be practiced, he would ensure that the development agenda was not compromised. Indian bonds and the rupee rallied on the news and India Inc rejoiced. “Well-balanced budget. FM shown determination to keep fiscal deficit at 3.5 percent,” said Sumit Mazumder, president, CII. Chief Economic Advisor Arvind Subramanian said, “Both fiscal and monetary anchors are in place, showing commitment to macroeconomic stability. The FM has pulled off a magic trick by adhering to fiscal consolidation without compromising growth.”

Jaitley exuded confidence about meeting fiscal deficit targets and has now left the ball in the Reserve Bank of India’s (RBI) court. “Since public investment had to be kept high, should we again for the second year running revise the (fiscal deficit) target? As it turned out to be because of various factors, we realised that even this year we could meet the target,” Jaitley said.

But doubts remain over the government’s ability to raise enough resources while making huge payouts due to One Rank One Pension (OROP) and the 7th Pay Commission. "The FM seems to have covered all the critical areas that were being talked about, whether it was rural economy, agriculture, infrastructure, tax simplification, etc. He seems to have covered a lot of ground in this and at the same time, stuck to the FRBM target, which especially for me was a bit of a surprise because there is additional spend on OROP and salary increases,” said Sunil Kant Munjal, joint managing director, Hero MotoCorp.

Jaitley hopes to mop up Rs 21,670 crore in additional revenue through indirect tax measures. After considering a loss of Rs 1,060 crore due to direct tax measures, net revenues of Rs 19,610 crore will make it to the government coffers.

While reacting to Vodafone’s retrospective tax case, the FM maintained that while there would be no new cases, old cases would follow the legal process. “If there’s pre-existing assessment order, it doesn’t disappear. The assessing officer will have to deal with it,” Jaitley said.