China today faces a dilemma in healthcare development between the present and the future. A fundamental choice will need to be made between financial incentives for future medical innovation or price controls that broaden present access to care

This spring, the world watched closely as Chinese officials responded rapidly to a new avian flu virus. In addition to closing poultry markets and monitoring patients, Chinese physicians and public health leaders are collaborating with international experts and the World Health Organisation. China’s healthcare system is demonstrating far greater capacity and responsiveness than in the 2003 SARS scare.

Ten years of reforms to China’s healthcare system have significantly increased the availability of government-backed insurance and basic care to the world’s largest population. Analysts predict that healthcare spending in China will grow to $1 trillion by 2020, triple present levels. The public is benefiting from improved care, longer lifespan, and a decrease in infant mortality. Nevertheless, tensions are apparent as people pay directly for care, hospitals build VIP suites for wealthy patients, and doctors have financial incentives to prescribe brand-name drugs. 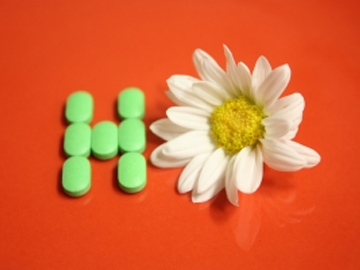 China today faces a dilemma in healthcare development between the present and the future. A fundamental choice will need to be made between financial incentives for future medical innovation or price controls that broaden present access to care. Without incentives, the pharmaceutical and medical device industries will not prosper and develop new treatments. But without inexpensive diagnostics and treatments, current patients bear an unfair burden.

China’s GDP is striking not just for world-leading growth over the past three decades, but also for a very high savings rate. In effect, the Chinese public has deferred present-day consumption for infrastructure investment. But individuals also save to pay for future health expenditures for themselves and their families. Nearly 40 percent of health spending comes directly from Chinese patients, compared to between 10 and 15 percent across the OECD. Greater choice in insurance, both public and private, would enable healthcare to contribute to economic growth by rewarding inventors of new medicines or improved health services.

Innovation Versus Access
Every country strikes a balance between rewarding innovation and ensuring public access to care. The United States, for example, allows free-market pricing of insurance and medicine. Healthcare makes up nearly 20 percent of the GDP and supports diverse research-intensive biopharmaceutical and medical device firms. Even with expanded insurance under the 2010 Affordable Care Act, the system is fundamentally oriented to leading edge treatment rather than the delivery of inexpensive care. In India, by contrast, recent court decisions weakening drug patents and government support for compulsory licensing of pharmaceuticals illustrate a focus on low-cost therapies. The healthcare system, which comprises just 4 percent of GDP, is targeting generic drug availability and inexpensive patient care.

China has undergone significant shifts in its healthcare system during the past 60 years that provide context to present choices. Broadly, health policy from the founding of the People’s Republic in 1949 through the 1980s was focused on meeting the basic health needs of peasants, soldiers, and workers. Healthcare was seen as an integral component of the communist system and all dimensions of care were collectivized, from hospitals to drug manufacturing.

Alongside economic reforms since 1978, healthcare in China became a consumption activity. Conceptually, health shifted from a public good to the private responsibility of each individual. Institutionally, most healthcare services remained public, with government-set prices for doctor visits and surgery. But the provision of medicines, diagnostic tests, and specialized care moved to a free-market model. As a result, China’s healthcare system is split between delivering low-cost care and supporting innovation through market incentives. If China develops innovative areas such as pharmaceutical drug development and health information technologies, the healthcare system can be part of an economic transition from manufacturing to services and from building infrastructure to consuming of domestically invented goods and services.

Clinical Trial Innovation
A major opportunity is emerging for China to play a role in international drug development, including managing clinical trials. Significant investments are being made by multinational firms and the Chinese government to support basic biomedical research. But concerns about multinationals exploiting Chinese patients have led to delays in authorizing clinical trials and approving hospitals for international trials.

Rather than serve solely as an outsourcing location for drug testing from the West, a new domestic-oriented approach would involve partnerships between biopharmaceutical firms and urban hospitals that work with county and township health centres. By building a national clinical trial programme, Chinese firms and Chinese physicians would gain expertise in managing multi-sited trials. Some years ago, analysts projected that Russia and India would become the main sites for clinical trials outside of the United States and Europe. However, neither has developed as expected, providing an opportunity for China to become a well-regulated but also efficient site for clinical trials of new therapies and new formulations of traditional Chinese medicines.

Health Information Technology
Information technologies offer a second area in which China can respond to domestic health needs and gain a leading international position. The government is developing technical standards for health information technology and supporting its implementation. China is especially intriguing for the development of electronic medical records because of its large population and few legacy systems of paper records held by clinics and hospitals. Instead, individuals commonly have a small booklet with records of past doctor visits and hospitalizations.

If China creates electronic medical records as in most Western nations, patients will be shifted to a more passive role relative to physicians and hospitals. Alternatively, a system that involves technology-savvy Chinese in the management of their medical data holds significant promise. Key features would include access from mobile devices, two-way interactions with medical authorities, and controlled access to data for biomedical researchers. In this way, patients would remain involved with their own care even as medicine improves from better knowledge about health outcomes and China benefits from research that builds on electronic records.

Choosing Innovation
China’s healthcare system relies largely on insurance through government programmes and co-insurance by individuals based on savings. Under an optimal co-insurance model, individuals pay out-of-pocket for the care they need, but do not seek unnecessary and wasteful treatments covered by insurance. But China’s very high out-of-pocket healthcare spending contributes to under treatment of many conditions and a lack of financial reward for medical innovation. New government-backed catastrophic insurance may help resolve this tension. However, public catastrophic insurance might also constrain the development of private insurance by making it too difficult for insurers to create profitable patient pools. It may also drive up costs, as treatments price at or above the coverage baseline.

The future of healthcare innovation in China hinges on the resolution of a two-sided dilemma. For private insurance to grow, clinics need to offer high-quality covered services. Public hospitals, which bill patients at government-set prices, are not equipped for private insurance reimbursement. But investors need to be convinced of the viability of private insurance plans to fund private hospitals and clinics. Likewise, pharmaceutical firms need some guarantee of payment to undertake research into new drugs. Thus clarity on the role for private insurers is essential to further development of the biopharmaceutical industry, private hospitals, and specialized clinics.