The Olympics are a treasure trove of anecdotes and trivia. Here are some of the lesser-known ones 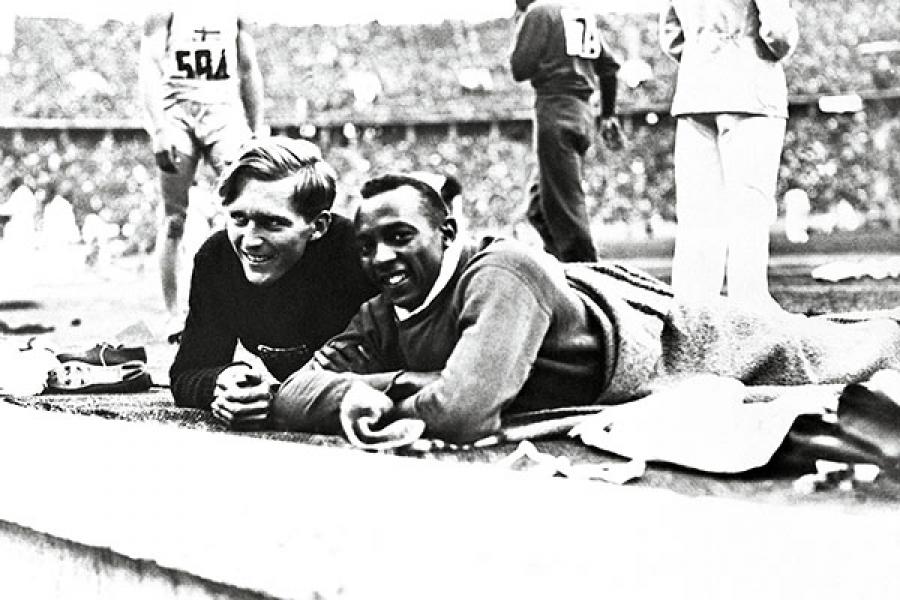 Image: Getty Images
Germany’s Luz Long and US’s Jesse Owens were very amicable, despite their long-jump duel in the 1936 Berlin Olympics being touted by the Nazis as the ‘Battle of the Colours’

1. For the first time in 120 years, since the first edition of the modern Olympics in Athens in 1896, a South American city is playing host to the Games this year. Rio de Janeiro outbid Chicago, Madrid and Tokyo to bring home the event. While London is the only city to host the Games thrice, there hasn’t been an Olympics on African soil yet.

2. The Beijing Olympics began at 8.08 pm on August 8 in 2008, or 08.08.08. With 8 being considered a lucky number in the country, China decided to kick off the Games at the luckiest moment of the millennium. Perhaps no mere coincidence that they finished at the top of the medals tally with 51 golds.

3. Swedish pentathlete Hans-Gunnar Liljenwall, part of the bronze medal winning team in the 1968 Mexico City Games, has the dubious distinction of being the first Olympian to be disqualified for failing the drug test. Liljenwall, though, hadn’t taken any performance-enhancing substance, but only “drank two beers” before the pistol shooting event, to calm his frayed nerves. Sweden was stripped of the medal, and France elevated to the podium.

4. The 1936 Berlin Olympics was meant to further Adolf Hitler’s propaganda to the world. And the Nazis had touted the high-profile long jump duel between Germany’s Luz Long and the US’s Jesse Owens, a black athlete, as the ‘Battle of the Colours’. With Hitler in the stands, Owens foot-faulted twice, when Long walked up to him and suggested he rework his run-up. Owens went on to win gold and Long, besides the silver, made it to Olympic legend as one of the most sporting athletes in the Games.

5. The shooting event turned into a bloody massacre in the 1900 Paris Games when live pigeons were used as targets. Around 300 birds were shot down, 21 of them by Belgian sharpshooter Léon de Lunden, who won gold. The practice was discontinued subsequently.

6. All that glitters isn’t gold. And that’s certainly true when it’s an Olympic medal. The last time a pure gold medal was awarded to the winner of an event was in Stockholm in 1912. Ever since, the gold medal, for all practical purposes, is made of silver. At the last edition of the Games in London, the medal had only about 1 percent gold; about 93 percent was silver and the rest copper.