After blast at Indo-Pak border, Taliban trains its guns on Modi 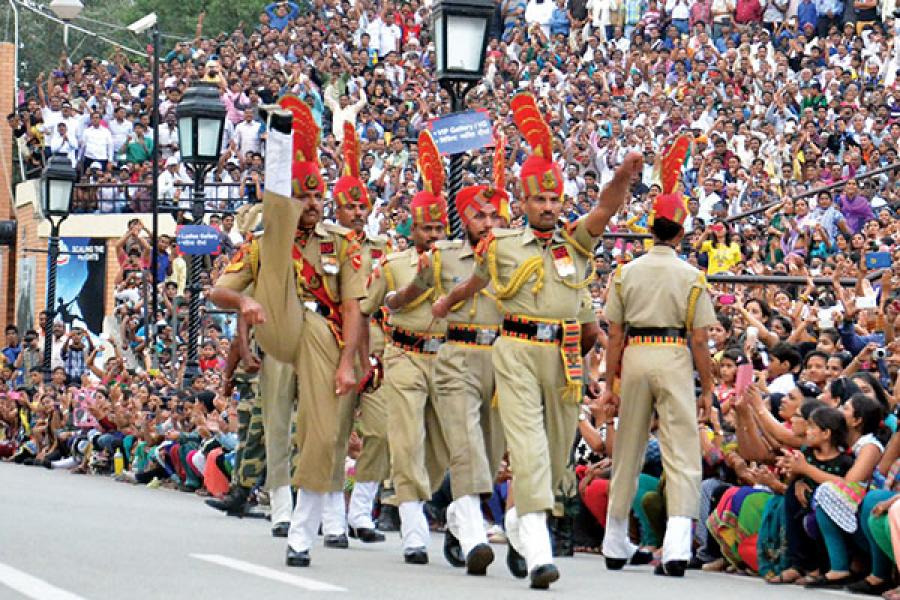 BSF jawans march during the flag-lowering ceremony at the India-Pakistan border on November 4, days after at least 60 people were killed and over 120 injured as a suicide bomber blew himself up on the Pakistani side of the border minutes after the ceremony. The casualties included Pakistan Rangers personnel as well as civilians who had come to watch the popular event. A breakaway Taliban group, which claimed responsibility for the attack, has now threatened to turn its focus on PM Narendra Modi, who, they claimed in a tweet, has “killed hundreds of Muslims”. “We will take the revenge of innocent people of Kashmir and Gujarat,” it said.