In Numbers: Markets and the Modi Wave

As the Modi wave gathered momentum, these upward trajectories of markets and key figures defined the world's largest exercise in democracy 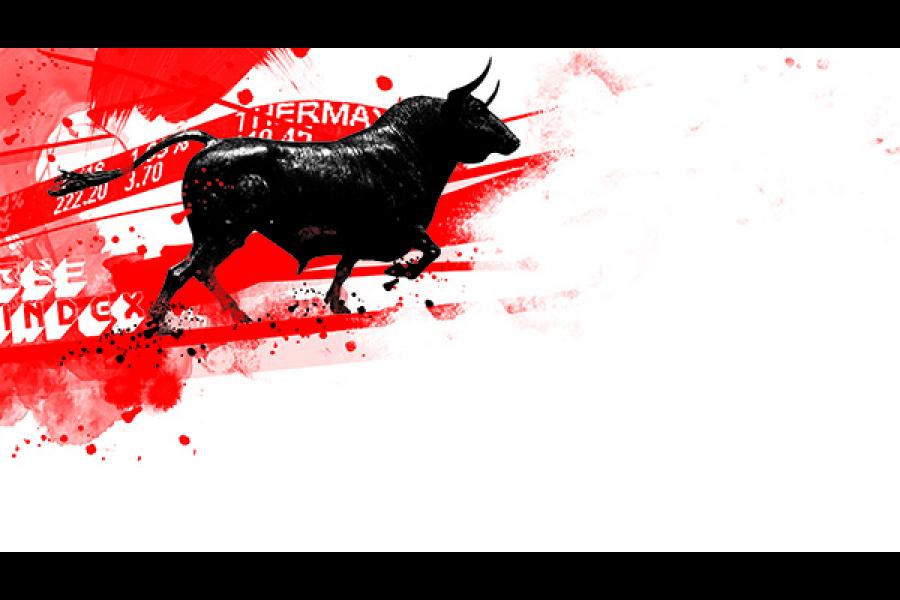 5,70,128 is Prime Minister Narendra Modi’s victory margin at Vadodara, the highest-ever for any candidate from any seat in India’s election history


22 is the lowest-ever number of Muslim representatives in the Lok Sabha since the first general elections in 1952. For the first time, the House will have no Muslim MPs from UP, the state with the largest share of Muslim population in India

1.1% is the vote share garnered by NOTA (none-of-the-above option introduced for the first time) which is more than the share managed by parties like the CPI and JDU. The maximum NOTAs were polled from Nilgiris (46,559) beating even Naxal-infested areas in Odisha and Bastar in Chhattisgarh 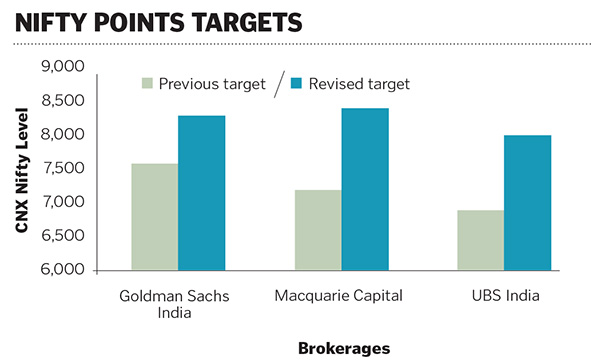 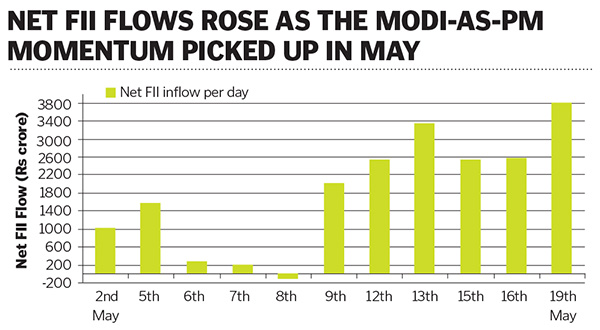 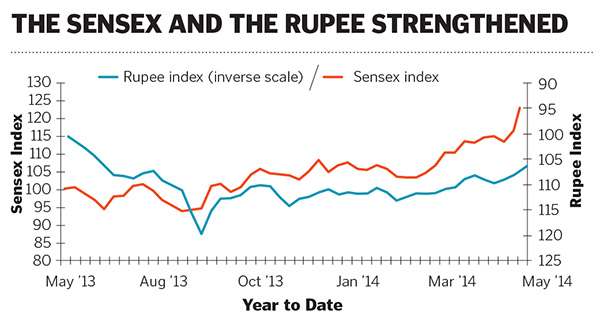