Stay invested in the markets, despite global challenges 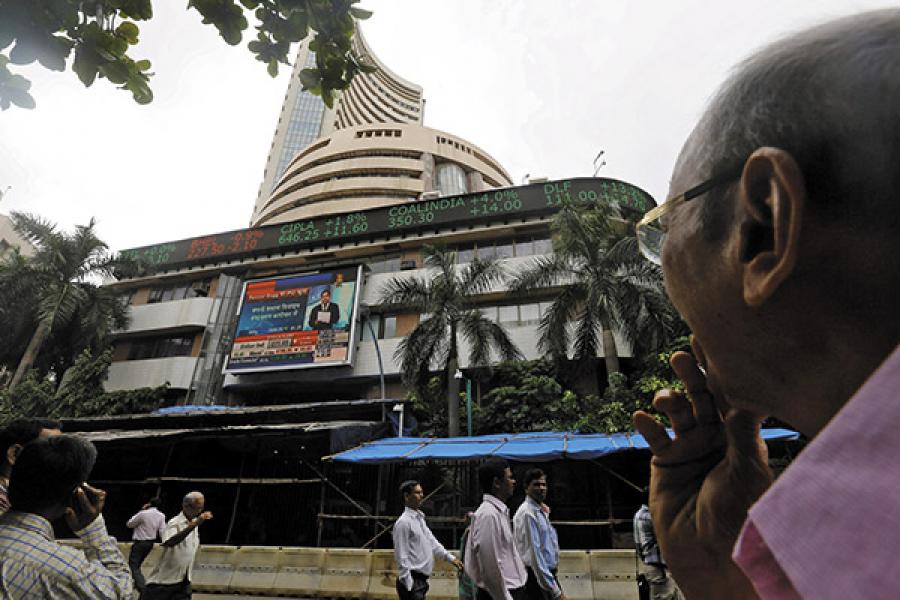 Image: Shailesh Andrade / Reuters
The Sensex fell below its psychologically key level of 24,000 points on January 20. The index has lost about 20 percent from the lifetime high of 30,024.74 points it touched on March 4, 2015

The early days of 2016 hold a message for most Indian and global investors—that the worst is not yet over for the financial markets. This point was underscored at the recent World Economic Forum at Davos: That the global challenges, including a still weakening Chinese economy and low oil prices, will persist for a while longer. At the same time, investment advisors are saying that not all is gloom and doom. Investors need not completely shun the equity markets and should, in fact, start to invest in funds with a long-term horizon.

In India, the latest earnings data for the December quarter has proved to be a mixed bag and corporate India may start to witness improved revenues and profit growth only by the second quarter of FY2017.

“When we get a sense of what is going wrong, we are in a better situation. China is a big issue, there is too much happening. This is a period of uncertainty,” says Kamlesh Rao, CEO of Kotak Securities. Rao believes that volatility in oil prices and China’s economic concerns are factors “which will still play out”. In this scenario, he expects the Nifty to slip to 7,200-7,000 levels, which could be a real bottom for the markets.

Nimesh Shah, managing director and CEO, ICICI Prudential AMC, has a more positive outlook. He says, “the markets may witness some volatility this year, driven by news, both external and domestic” but, overall, 2016 should be a promising year for financial assets. “We do feel that a gradual upswing in the Indian domestic market would make it a compounding market over the next three years,” Shah told Forbes India.

Despite that, Prateek Agrawal, business head and chief investment officer with ASK Investment Advisors, holds that the Indian markets are still in a bull phase, but undergoing a correction. “Valuations are cheap and India is the fastest growing major economy,” Agrawal says, adding that investors with a long-term investment horizon should use this opportunity to return to the market. Shah says 2016 should be used for asset-accumulation. “At the moment, opportunities are unfolding and investors could take the conservative route of investing in low-risk balanced funds and dynamic asset allocation funds.”

India is being singled out [positively] from other emerging market destinations, points out Rao of Kotak Securities. “From a traffic signal perspective, we are in the orange light stage; it is time to start the ignition and get into the markets,” he says. “We know of a lot of HNIs sitting with cash and trying to time the markets.”