The current financing model builds businesses which may show short-term gains, but provide no long-term benefit to the economy or job creation 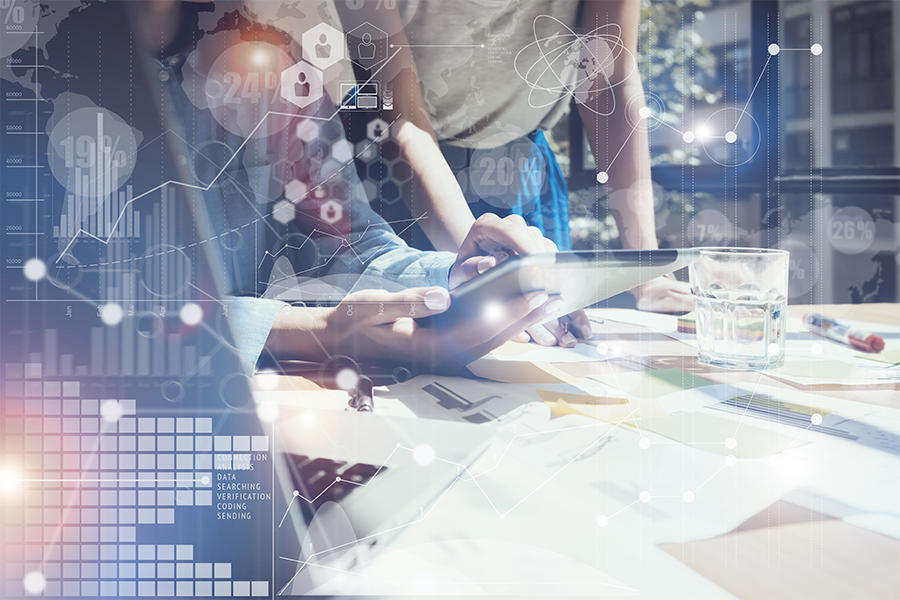 Image:Shutterstock
Investment in new technologies has always been risky. Older innovations like railways, canals, telephones, cars and airplanes, resulted in substantial losses to many investors. The uncertainty surrounding the projects, lack of understanding of the technology and unrealistic return expectations were all contributors. Recent technology investment cycles are similar, though there are additional risks.

First, the financing model has changed. Patient capital has been replaced with a focus on quicker returns.

Large scale corporate investment in pure research, such as the ones undertaken by Bell Labs, Xerox’s Palo Alto Research Centre (PARC) and Lockheed’s famed Skunk Works, is less prevalent today. Researchers working at Bell Labs helped develop radio astronomy, the transistor, the laser, the charge-coupled device (CCD), information theory, the UNIX operating system, and the C and C++ programming languages. PARC contributed to innovations such as the personal computer, the laser printer and the graphical interface.

Lack of investment in basic education, rising inequality and reduced social mobility may also be factors that affect innovation. The Equality Of Opportunity Project—in an interesting paper titled ‘Who Becomes an Inventor in America? The Importance of Exposure to Innovation’—labelled this the ‘Lost Einsteins’ phenomenon; in effect, lack of opportunities led to under-utilised talent in socially and economically disadvantaged groups and resulted in low levels of innovation.

In the absence of the historical public sector financing model, a ‘lottery ticket’ model of funding has evolved, hampering innovation.

Entrepreneurs, backed by venture capital or angel investors, now pursue disruptive technologies, with limited long-term growth and productivity potential. They hope to extract short-term monetary value by selling out to an incumbent or the public through an initial public offering (IPO).

Alphabet Inc., for instance, has used the profits from its Google search business looking for a second profitable product—its self-titled ‘moonshots’. These projects include related activities like high-speed internet provisions and smart household devices. It also encompasses more ambitious projects like high-altitude balloons to provide internet access around the world (Project Loon), self-driving cars and space explorations. In 2015, the projects lost around $3.6 billion on revenue of $448 million. Alphabet’s $75 billion in revenues and $16.3 billion in profits allowed the losses to be absorbed. But there is no certainty that any of these investments will prove successful or over what time frame.

In recent times, Alphabet has recognised the poor prospects of these projects and discontinued many of them.

They promote over-investment. Rival groups simultaneously finance competing ventures, resulting in unprofitable projects or games of technology leapfrog. This leads to low returns or losses on some or all investments.

Changes in financing arrangements have fostered a close relationship between the financial and technology sectors. Investment banks now collude with venture capitalists to create products allowing insiders to cash out and transfer the true risk to external investors keen to participate in the new digital frontier. The naive belief, amplified by a sycophantic media, that technology is pivotal to economic revival and ample liquidity, resulting from loose central banking policies, has facilitated the process.

The approach entails high valuations, obscure pricing metrics, and complex private funding arrangements (often with guaranteed returns for some). The emphasis is not on new lasting businesses but the creation of unicorns—businesses with a valuation above $1 billion, which has become a status symbol. At their peak, there were around 150 such firms with a combined valuation of over $500 billion. It thrives in a frenzied atmosphere dominated by Fomo (fear of missing out).

New technologies very often have unstable earnings models. Google, Facebook, Twitter and their successors rely heavily on cannibalising existing advertising revenues. Earnings are vulnerable to declining advertising rates driven by the lack of space on smaller mobile devices, resistance to ads and the advent of ad-blocking software. Amazon’s profitability is not driven by its retailing, it’s being dominated by the cloud computing business.

Much of the new internet-based economy is predicated on free services. Where they are not dependent on advertising, new businesses emphasise free platforms or services. The aim is to create a sufficiently large user community from which stealth revenues can be extracted either directly or by selling user data to allow targeted marketing.

Attempts to move to subscription models or charging for access is generally met with resistance. Users, habituated to free services, switch to free competitors, restricting pricing power and profitability.

The funding models also encourage subtle exploitation. The lure of unicorn riches has attracted a new generation that serves as cheap labour accepting shares in lieu of salary in the hope of a large pay-day when the firm goes public. Stories abound of eight coders living in a single bedroom or in a shipping container to work on their dream projects. In effect, it does not create the well-paid jobs that would sustain expanded economic activity.

Many innovations may also require a winner-takes-all, market-dominance model, reducing economic efficiency by reducing competition. Intel, Microsoft and Google are some of the examples of this phenomenon.

This process is evident in emerging areas. The process of industrial competition recognises this reality. Many new businesses now do not displace competitors through efficiency or create new markets but seek to engender the belief that investors accept that they will dominate their industry, inevitably. But fierce competition in each segment increases spending through higher expansion and customer acquisition costs, extending the period before investment is recovered. Businesses like Amazon.com highlight the difficulty of building a profitable, sustainable business.

New technology investment is motivated, in part, by an increasingly difficult economic environment characterised by low growth and diminishing returns. Investors desperately seek higher-than-market average growth in revenues and earnings to meet return targets and attract investment. It drives excessive investment in many new ventures. The technologies and business models are unproven. Investors rarely understand the underlying technology, its potential evolution or risks. Given that the outcomes are uncertain and unpredictable, a level of intrinsic volatility may be inevitable.

These factors perpetuate cycles of technology booms and busts. While it may benefit a few individuals, it is unclear whether it creates the significant long- term and economy-wide impact on growth and productivity of previous industrial revolutions.

This is the second article in a three-part series

(Satyajit Das is a former banker. His latest book is The Age of Stagnation. He is also the author of Extreme Money and Traders, Guns & Money.)