A dozen on the rise: Power women of the future 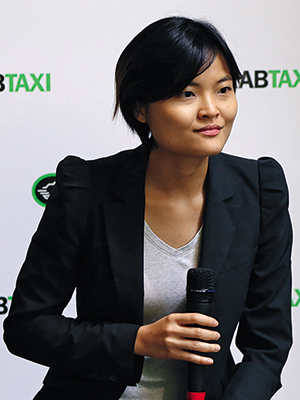 These young bankers, entrepreneurs, fashionistas, microfinanciers and ecommerce innovators aren’t on the Forbes Asia's 50 Power Businesswomen list yet, but they have the energy, savvy and impressive résumés to be Power Women in the years to come.

Lavanya Nalli, 31
Vice Chairman
Nalli Group of Cos
India
The fifth-generation scion—and the first woman executive—of the $100 million (annual revenue) group is looking to double store count and sales in the next four years.


Nang Lang Kham, 27
Executive Director
KBZ Bank
Myanmar
Part of KBZ Group, a conglomerate involved in banking, aviation, insurance, hotels and agriculture, with $410 million in revenue in the year ended March 31, 2015. Oldest of three daughters of the founder, Nang is in line as successor. In spare time, visits subzero locales for sledding and snowmobiling.

Devita Saraf, 34
Founder & CEO
Vu Televisions
India
Started her career at 21 at Zenith Computers, founded by father Raj Saraf; then launched Vu Televisions at 24 to make high-end TVs, building a business with $45 million in annual revenue. In January, she appeared in a print ad for the company’s products.

Abigail Tan, 30
Head of UK, Europe & North America
St Giles Hotel Group
Malaysia
Member of the Malaysian dynasty that owns property developer IGB, Tan oversees its St Giles Hotel Group in the US, Europe and the Caribbean. It has 6,000 rooms and nine properties worldwide, which she plans to expand to 20 by 2020.