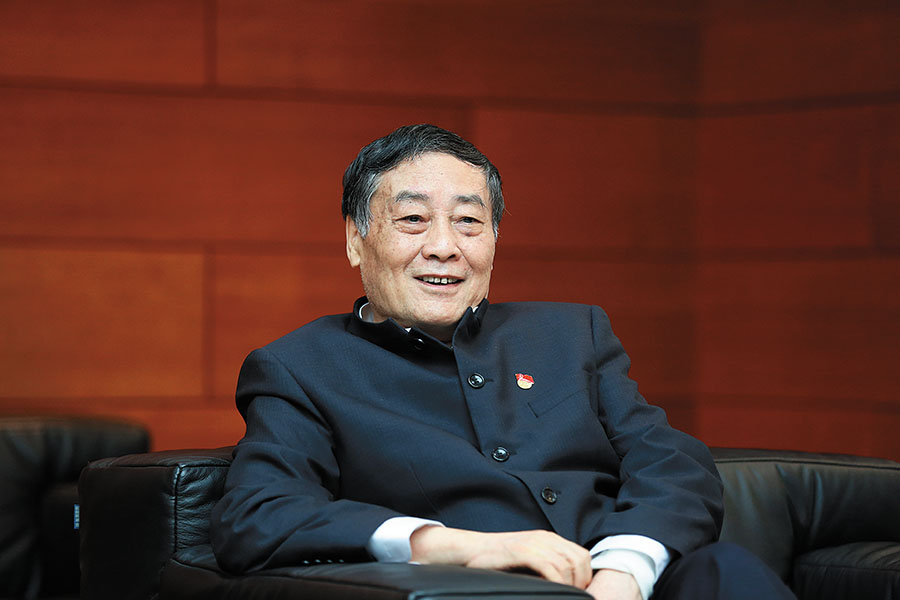 When Zong Qinghou travels abroad, he likes to visit local supermarkets. The 74-year-old founder of China’s largest privately held beverage company Hangzhou Wahaha Group isn’t shopping for himself, but doing a little first-hand market research. For example, when Zong visited Singapore in October, he bought boxes of fruit-flavoured beer. Staff back in China then study these samples to see if they could be imported into China, or adapted to local tastes.

“Every new product can be used as a reference,” says Zong in an exclusive interview with Forbes Asia on the sidelines of the Forbes Global CEO conference in Singapore. Zong, who is chairman of Wahaha, is now under pressure to come up with fresh product ideas to rekindle consumer interest in his company, that he’s spent more than three decades running.

One of the main reasons for the decline, say analysts, is that Wahaha hasn’t kept pace with changing consumer tastes in China. Unlike their parents’ generation who grew up drinking Wahaha’s cheap but tasty products such as bottled water and milk drinks costing less than 2 yuan, shoppers today want to spend more for something innovative and new. “Wahaha is still very price-focussed, and hasn’t captured the trading-up trend as well as it could have,” says Mark Tanner, founder of Shanghai-based consultancy China Skinny. 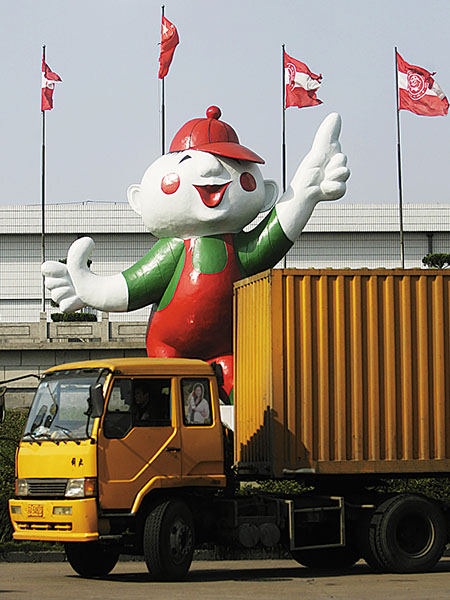 Zong is unfazed. He vows to lift sales by at least 50 percent next year, to 70 billion yuan. While he concedes that Wahaha’s products was once perceived as cheap and old-fashioned, he says he’s working to modernise his products. The company, whose name is meant to mimic the sound of a child’s laugh, has recently started a major upgrade. Packaging has gotten a makeover to use brighter and more stylish colours, while ingredients like nuts and quinoa have been added to new yogurt lines to appeal to healthier lifestyles. Wahaha has also expanded into nutritional tablets and meal replacement biscuits, which Zong says are in line with dieting trends. He also plans to increase the current number of 6,000 distributors to 10,000 by year end, to ensure better distribution to every corner of China.

Yet perhaps the most notable change is Zong’s willingness to experiment with social media and ecommerce. In 2014, he famously pronounced at a conference that ecommerce was disrupting China’s “real economy”. The company as a result did not have much of an online presence, even as ecommerce exploded across China. “I don’t think traditional sales channels will change much,” Zong says. “People need to enjoy life, and to enjoy life, they need to go outside instead of staying at home hooked on their smartphones.” 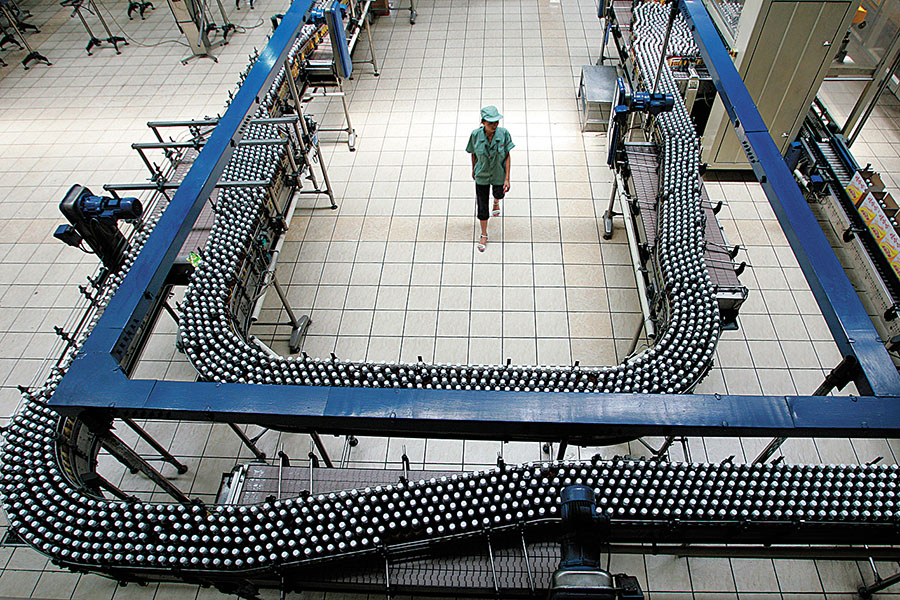 An employee inside the premises
Image: Aly Song / Reuters


Zong, in fact, still expects most sales to take place in traditional brick-and-mortar stores. That said, Wahaha has started to experiment with digital marketing for its products. A series of videos on the popular app TikTok app shows users posting 15-second clips of themselves pronouncing Wahaha in various humorous ways. The clips have been viewed almost one million times.

Some analysts hope Wahaha can do more of such efforts. Jason Yu, a Shanghai-based general manager at research firm Kantar Worldpanel says, “It is very hard to get consumer attention today, and if you want to do that, you have to engage and interact with them non-stop.”

For example, Wahaha’s competitor in bottled water, Nongfu Spring, has gained market share in part because of innovative advertising. One was a campaign where each bottle of Nongfu Spring water gave the buyer the right to cast one vote online for their favourite candidate in a popular TV talent competition show. Nongfu Spring was number one in China’s bottled water market in 2018, with an 11 percent share versus Wahaha’s 4 percent share, according to Euromonitor.

Zong’s ambitions, however, reach beyond China. He wants to start producing and selling Wahaha-branded yogurt and milk beverages overseas, after noticing that some Wahaha products are being exported by third-party traders. In the last few years, Zong has visited Southeast Asia, and identified Indonesia and Vietnam as two locations for factories to produce for local markets. Zong says, however, he wants to find the right local partner first before he moves forward with any overseas expansion.

China, he says, will always be Wahaha’s biggest market. Consumption will continue to grow, he says, as the middle class expands and spends on everything from education to travel. “If we can firmly establish ourselves in this market of 1.4 billion people, we can grow very big,” he says. 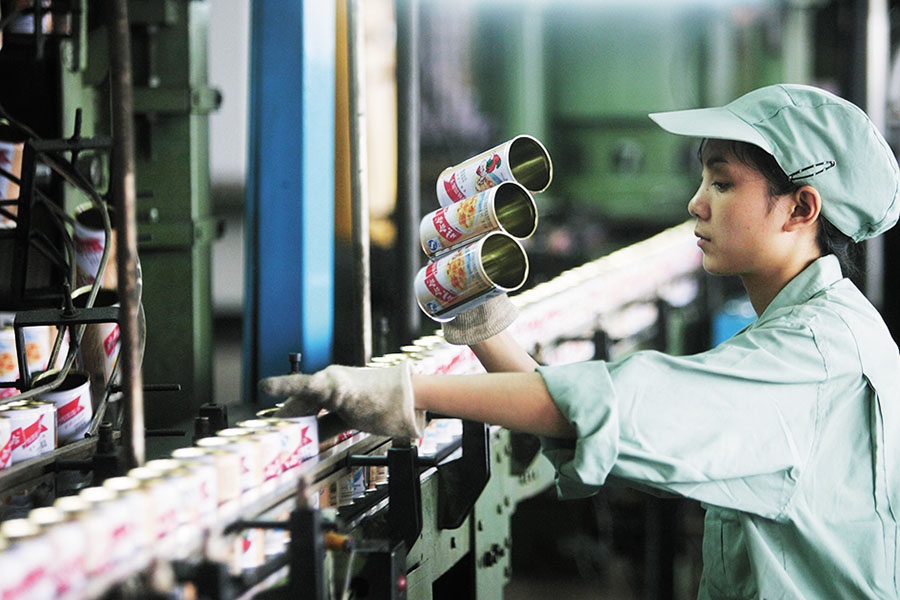 Don’t discount Zong. He has overcome many challenges in his long career. The entrepreneur didn’t venture into business until 1987, when he was already in his 40s. He started by selling snacks out of a canteen inside a local school in his native Hangzhou, then start producing and distributing milk. In 1988, Zong launched a nutritional drink for children, which became a national hit. Three years later, he acquired a state-owned factory, with sales reaching 400 million yuan the following year.

One of his biggest challenges was a tumultuous partnership started in 1996 with France’s food and beverage giant Danone. After initial success, the two had a falling out, and Zong eventually agreed in 2009 to buy out Danone’s 51 percent stake in their various ventures for an undisclosed price, although one media outlet put it at roughly $380 million. “Only cooperation based on mutual benefits and mutual respect can last,” he says of the former partnership.

Then in September 2013, he faced another challenge when he was attacked by a knife-wielding man, disgruntled after Zong turned him down for a job. The attacker managed to cut the tendons and muscle on two of Zong’s fingers, but he was back at work just a few days later.

Another big challenge is succession. Zong’s management style is famously budget-conscious and detail-oriented. He often eats at the company canteen with staff, and is known to fly economy class. He personally approves the purchase of all new company cars.

Naturally, Zong has long been looking at his only child, daughter Kelly Zong, to replace him. She’s had plenty of experience, working at Wahaha since 2004. Now 37, the younger Zong has also tried her hand at entrepreneurship, launching a juice brand, KellyOne, three years ago. In 2017, she attempted to acquire the Hong Kong-listed candy firm China Candy, but was unable to acquire 50 percent of the company’s voting rights. Kelly said in a social media post at the time that the unsuccessful bid had been a “positive and constructive exploration”.

Zong says he will hand over the reins to Kelly if she wants them. If not, he will groom professional management. “A lot of young people have studied abroad and have a broader vision, and they may not want to manage their parent’s business,” he says. “My daughter is overseeing some factories. Does she want to take on more? That I don’t know.” His move to do digital marketing, led by younger talent, was seen as a positive step towards a new generation having a greater role in the company.

Zong says there is still time to find good professional managers if Kelly wants to follow her own path. He says Wahaha is considering several for future leadership, without going into detail. He is also not ruling out an IPO, a move that would be a major move for the company down the path of diversifying management.

Whatever path he takes, Zong is clearly thinking about laying the foundations of sustainable success for Wahaha.

Tweets by @forbes_india
Beyond books: India's age of edu-tainment
'Entrepreneurship is a State of Mind': Sunil Shukla