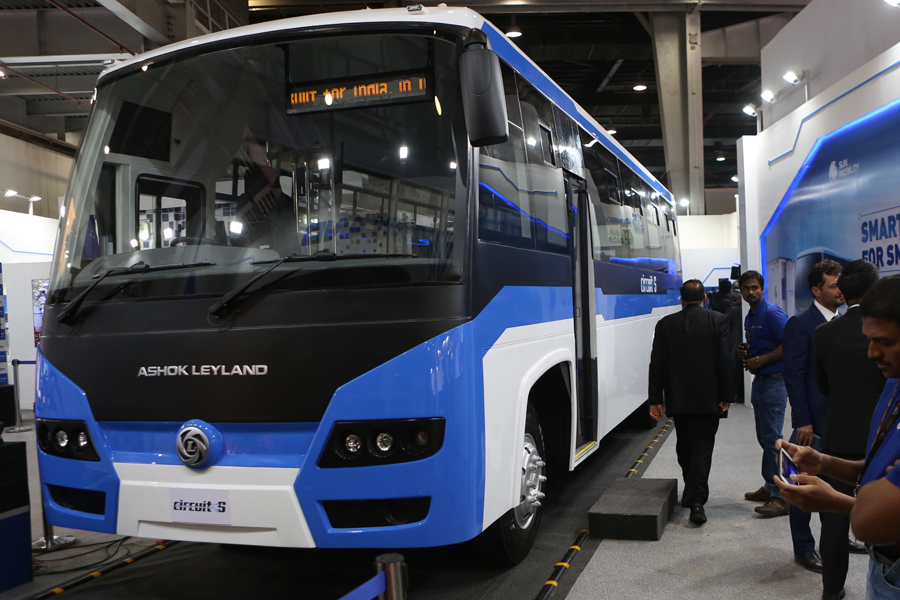 ASHOK LEYLAND
INDIA
The Chennai-headquartered vehicle maker is India’s second-largest producer of commercial vehicles and ranks No 4 globally in buses. Notching a 34 percent jump in revenue in its last fiscal year, the company boasts nine manufacturing plants—seven in India, one in the Middle East and one in the UK. The flagship of the Hinduja Group, it’s chaired by Dheeraj Hinduja, a third-generation scion of the clan. It turns 70 this month, but the Hindujas bought a stake only in 1987.

CHINA AOYUAN PROPERTY GROUP
CHINA
Headquartered in Guangzhou, the company develops high-end residential and commercial properties. Guo Ziwen started it in 1996 to tap the Hong Kong market. He later moved the company to the mainland and switched to developing sports properties. It now boasts properties in 80 cities in China, Australia and Canada. Guo and his brother, Guo Zining, own 54.1 percent.

DALI FOODS GROUP
CHINA
Headquartered in Fujian, the company makes and sells snacks and beverages. Founded in 1989 and listed in 2015, it operates 30 production bases. Its three most famous brands—Daliyuan baked pastry, Haochidian biscuits and Copico chips—led the company into markets that imports had previously dominated. Last year it branched into healthy and organic food and introduced a soy milk brand, Dou Ben Dou. Its founder and chairman, Xu Shihui, is now a billionaire and owns 85 percent with his wife and daughter. The company has close to zero debt.

LONGI GREEN ENERGY TECHNOLOGY
CHINA
This Xi’an company makes solar cells and modules. Started in 2000 and listed in 2012, it counts 17,700 employees and branches on four continents. Its net profit grew by 126 percent last year. Founder Li Zhenguo, his wife, Li Xiyan, and a schoolmate from Lanzhou University, Li Chun’an, together own 31.3 percent. Despite the 30 percent tariff on Chinese solar panels shipped to the US since February, the company signed a $600 million contract in July to sell solar modules there.

NETMARBLE
SOUTH KOREA
The country’s largest mobile gaming company saw net profit jump by 83 percent last year to nearly $275 million. Its fantasy-based Lineage 2: Revolution has become a hit around the world. In April the Seoul outfit invested $190 million in K-Pop sensation BTS and says it will release a game based on the seven-member boy band this year. Bang Jun-Hyuk, a high school dropout, started the company in 2000; it now employs more than 3,000 people and attracts players from 155 countries.

OPEN HOUSE
JAPAN
Founded in 1997 in Tokyo by Masaaki Arai, who is now a billionaire, this real estate broker also develops single-family homes in the country’s biggest cities. Its motto: “Let’s find a house in Tokyo.” Listed in 2013, it has served more than 13,000 people in and around Tokyo and has sold more than 5,000 properties.

OUTSOURCING INC
JAPAN
Haruhiko Doi started this Tokyo staffing company in 1997. It targets companies in the manufacturing, engineering and service industries and now lists 88 subsidiaries in 17 countries on four continents. In
April it bought 56 percent of Otto Holding, which supplies staff in The Netherlands and Germany through its recruitment network in eastern Europe. Sales grew by 71.4 percent last year, thanks to the increasing mobility of workers across borders.

RONGSHENG PETROCHEMICAL
CHINA
Li Shuirong started making polyester cloth in a Hangzhou factory in 1989. Today the company produces polyester products and chemicals from coal with 7,900 employees, and Li is a billionaire. Recently the government gave Rongsheng’s state-backed joint venture the green light to import 5 million tonnes of crude oil, paving the way to build an oil-refining complex on the island of Zhoushan.

TIANNENG POWER INTERNATIONAL
CHINA
China’s largest electric vehicle battery supplier started in 1986 and listed in Hong Kong in 2007. The company employs more than 19,000 people and operates nine production centres. Most of its revenue comes from sales of batteries for electric bikes and cars.

UNISPLENDOUR
CHINA
Founded in 1999 in Beijing, this company provides information technology services. It traces its roots to the city’s Tsinghua University, and its former chairman, Victor Zhao, is now a billionaire. Last year, it saw a 90.1 percent jump in net income.

VINGROUP JOINT STOCK CO
VIETNAM
This Hanoi conglomerate was started by Pham Nhat Vuong, the wealthiest Vietnamese and the country’s first billionaire. He made his first fortune when he sold his instant noodle business to Nestlé in 2010. He then started Vincom, a developer of high-end townships, and Vinpearl, which builds luxury resorts and hotels. They merged to form Vingroup in 2012. A year ago Vingroup launched Vinfast, an ­automaker aiming to produce up to 500,000 vehicles annually by 2025. Last month it announced plans to build a tech hub in Hanoi and employ 100,000 technology students within ten years.