Five Indian companies make it to the list of The World's Most Innovative Companies, which includes 100 names from across sectors and countries 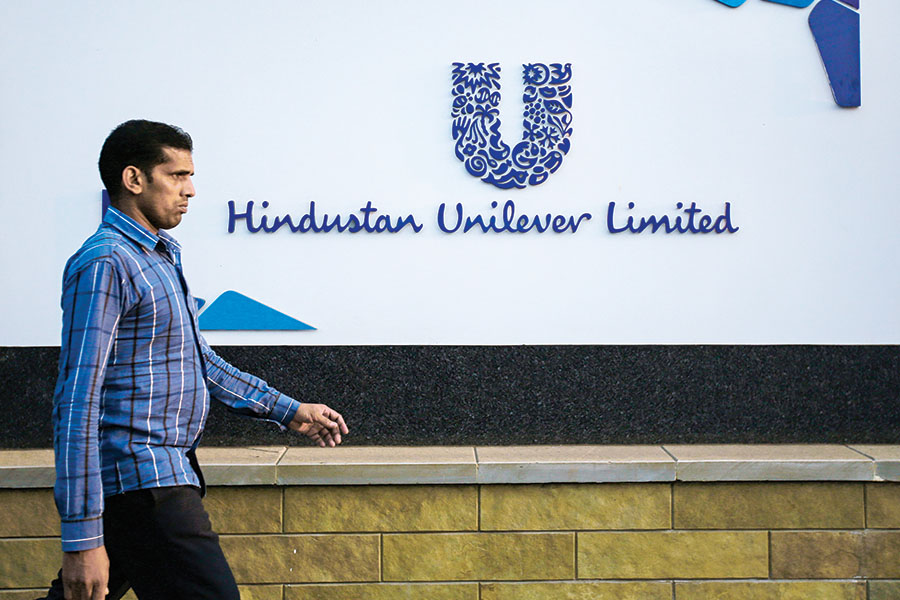 Leading the pack
HUL / Rank 8
Hindustan Unilever has featured on the Forbes list of The World’s Most Innovative Companies twice before, and this year it breaks into the top 10. The FMCG giant—it is India’s largest consumer packaged goods company (by sales), with a market capitalisation of $50.1 billion—has innovated across product categories, by adding enhanced features to existing products and by launching entirely new products as well.

For instance, with an eye on sustainability, and reducing the amount of water required to wash clothes, it relaunched Rin (bar and powder) in 2017, with a ‘smart-foam’ technology that saves up to half the amount of water required otherwise. A similar strategy has been used to launch the new Surf Excel Quick Wash. Also in the homecare category was the launch of Domex Toilet Cleaning Powder, targeted towards rural and lower-income families, which traditionally use detergent powders to clean toilets, since liquid toilet cleaners are more expensive. The new Domex cleaner is in a familiar form—powder, sold in sachets—but is more effective, and also costs less than half of other alternatives.

Speaking on innovation at an event in June 2017, CEO Sanjiv Mehta said, “When we look at the future, we think of how our future portfolio must look like, and then we put disproportionate money behind innovation and building the categories of the future. And that is where a market maker mindset comes in.” HUL’s parent company, Unilever, invests around €1 billion in R&D every year, and has filed over 20,000 patents applications for innovations in numerous products and brands. 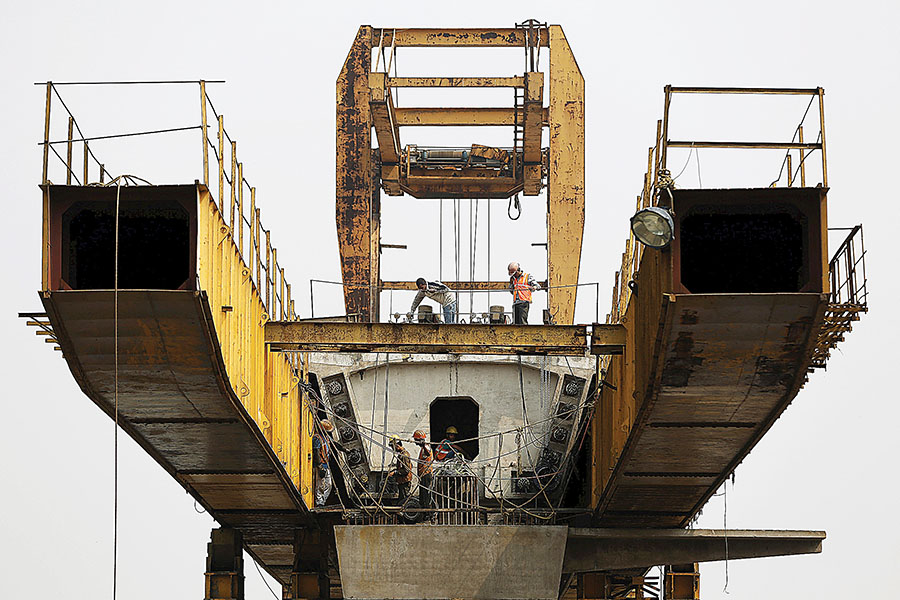 Building ecosystems
Larsen & Toubro / Rank 86
Larsen & Toubro, the largest Indian multi-national company, is not new to this list. Recent recognition for its long-standing innovative culture also came by way of the Industrial Innovation Award, which was conferred upon L&T Technology Services (LTTS), a subsidiary of L&T and a pure play engineering services company, by the Confederation of Indian Industry (CII) in 2017. “LTTS has a robust innovation engine with a strong innovation culture, effective management of systems and processes and prudent investments to nurture and empower employees, resulting in tangible and measurable outcomes,” said Chandrajit Banerjee, director general of CII. “These best practices, along with a multi-sectoral presence enabling cross-pollination of ideas, have led to LTTS providing differentiated engineering solutions to 48 of the world’s top 100 R&D companies today.”

LTTS has created a collaborative ecosystem that includes global technology firms and reputable institutes for R&D, and creating engineering solutions. For instance, LTTS has partnered with the Centre for Nano Science and Engineering and Indian Institute of Science, both in Bengaluru, to jointly work towards innovations in the areas of sensors and energy efficient systems based on nanotechnology. TECHgium is another initiative through which LTTS is scouting for the best of engineering talent.

L&T Infotech (LTI), which posted a 42 percent year-on-year increase in digital revenues for FY18, is another division of the conglomerate that has adopted new technology in order to deliver better services. For instance, in late 2016, it acquired Pune-based analytics startup Augment IQ to gain access to its big data platform that is used by credit bureaus, large banks as well as regulatory agencies. Subsequently, in 2017, LTI won deals in automation, multiple digital initiatives, analytics engagement, migration to the cloud, orchestrating data, and modelling a variety of analytic use cases. One of the significant deals was the $100-million contract from India’s Central Board of Direct Taxes to deploy advanced technology in the taxation system. 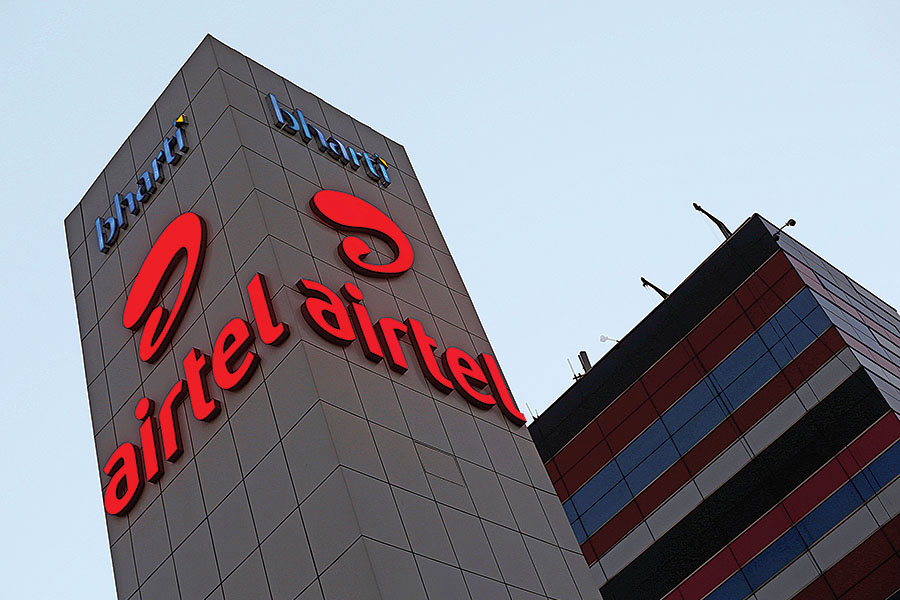 In April 2017, Airtel announced investing ₹2,000 crore over three years in Project Next, which aims to improve operational efficiency and service quality. The project will develop solutions with technologies ranging from artificial intelligence (AI) to augmented and virtual realities. This was also when Chief Information Officer Harmeen Mehta said the company would foray into home automation, and smart home projects based on Internet of Things. Subsequently, Bharti Airtel forged a strategic partnership with US-based Amdocs in November 2017 to bring AI-based services to customers in India.

This February, the Sunil Mittal-led company started collaborating with Finland-based Nokia to use its hybrid self-organising networks solution, which uses predictive machine learning and analytics to optimise network utilisation. Soon after, at the Mobile World Congress, held in Barcelona earlier this year, Airtel also announced the setting up of a digital innovation lab in Bengaluru, with former Nasa executive Santanu Bhattacharya as its chief data scientist, and about 150 technology specialists. Bhattacharya’s task will be to use data science and deep analytics to understand customer needs and develop innovative products and services. The lab will also be collaborating with technology startups in identifying use cases for 5G, and conducting lab test trials.

Airtel saw its first net loss in 15 years—of ₹653 crore—in the January-April quarter this year, because of new competition in the market. But in May it acquired Telenor India to cement its place as the largest telecom company in India.

‑Ruchika Shah
A pipeline of innovation
Sun Pharmaceuticals / Rank 96
A regular on the Forbes list of The World’s Most Innovative Companies, Dilip Shanghvi’s Sun Pharmaceuticals is one of the Indian pharmaceutical firms to shift its focus from generic drugs to the world of drug innovation. By focusing on outputs and production time, rather than the cost of labour, the company has built manufacturing and research facilities in India and 14 other countries, including the US, which generates about 40 percent of the company’s revenues; Sun Pharma sells drugs in 150 countries. In India, Sun has leadership across 11 different classes of doctors, with 30 of its brands among the top 300 pharmaceutical brands.

In January 2017, the company told news publications that, going forward, it expected increased spend on research and development of future product pipelines in specialty and differentiated products. By the end of 2017, the pharma giant’s R&D capabilities comprised about 2,000 scientists and investments that amounted to about 8 percent of annual revenues.

The company is innovating on new drug delivery mechanisms, with Sun Pharma Advanced Research Company (Sparc), formed after a demerger in 2007, developing several such novel methods. For instance, its Gastro Retentive Innovative Device provides predictive, reliable, sequential and combinatorial mechanisms to overcome anatomical and physiological barriers that can otherwise hinder the controlled release of a drug. For asthma patients, it has formulated a dry powder that can be inhaled, and which reaches the lungs in larger quantities instead of being deposited in the throat.

Apart from developing its own drugs and delivery systems, it is also investing in late clinical-stage drugs and new brands, focusing in the fields of ophthalmology, cancer and dermatology. For instance, in end-2016, it bought the rights to Odomzo, used to treat advanced skin cancer, from Swiss pharmaceutical giant Novartis.

Moving into new research drugs over the next few years seems to be on the mind of founder and CEO Shanghvi, who is known for strategic manoeuvres. Speaking on the earnings results, Shanghvi, said: “Over the last four quarters, we have been able to record a gradual improvement in performance despite a challenging US generic pricing environment. FY19 will mark the crossing of some important milestones in our specialty journey, with the likely launch of three specialty products in the US—Ilumya, OTX-101 and Yonsa.”
‑Ruchika Shah 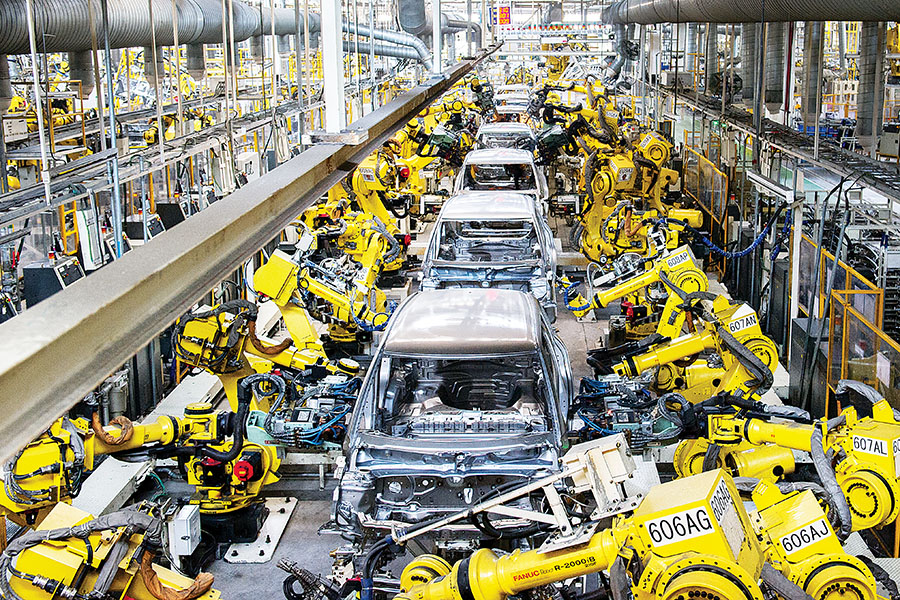 Steering change
Maurti Suzuki / Rank 99
Maruti Suzuki, with a market cap of $38.6 billion, as of May 2018, and sales of $8.61 billion, debuts on the Forbes list of The World’s Most Innovative Companies, where the only other automobile manufacturing company is Tesla, at No 4.

In 2017-18, Maruti, India’s largest car manufacturer, captured 50 percent of the passenger vehicles market for the first time, with surging sales of its utility vehicles (UV), which gained 27 percent of market share. In the same year, the company sold more than 1.5 million units for the first time. Chairman RC Bhargava has attributed this to its focus on diesel technology, a spate of new car models—such as the Baleno, Ignis, S-Cross and Vitara Brezza in new segments—and an extensive sales network.

Known for its ‘people’s car’ image, Maruti has upped the game by introducing models in sedan and UV categories—the Ciaz in the sedan segment, the S-Cross and Vitara Brezza in the UV segment—and new technology. It was the first carmaker in India to offer AGS (automated gear shift) technology in affordable segments in 2014, with the launch of the Celerio. Maruti now offers the technology in seven models and plans to sell more than 2 lakh units with AGS technology in the current fiscal.

The company is now foraying into the manufacturing of electric vehicles. Although it is a tad late to the party—competitors such as Mahindra & Mahindra and Tata Motors are already making such vehicles—Suzuki Motor Corp, Maruti’s parent company, is setting up the entire manufacturing ecosystem in India, instead of importing components. The company aims to manufacture 35,000 EVs in India, starting 2020-21.
‑Jasodhara Banerjee
Click here to view Forbes’s 2018 list of ‘The World's Most Innovative Companies ’