Eric Lefkofsky made it big with five startups—most famously Groupon—by harnessing data. Will it work for diseases? 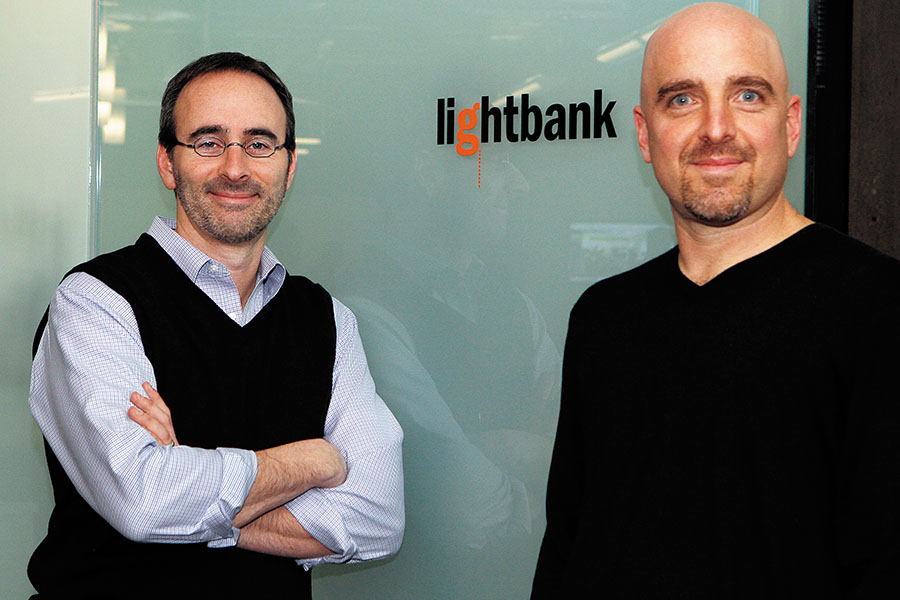 Eric Lefkofsky hasn’t taken a science class since college. But as he meanders through the Chicago lab of Tempus, his medical startup, he presents an air of expertise. “One thing you can see right off the bat is the purple staining of this cell,” he says, pointing to the pathology slide of a patient with breast cancer. He walks past vials of lysis buffer and a $1 million genomic sequencer. “Tempus is attempting to bring the power of artificial intelligence to health care,” he says. “The first step in all that is data.” Assembling data was the first step in Lefkofsky’s other ventures. The 49-year-old has launched five companies worth at least $250 million apiece, each promising to transform an industry by using big data. His best-known venture is Groupon; despite the deals site’s disappointing share price, Lefkofsky is worth an estimated $2.7 billion.

Tempus is predicated on the theory that information, lots of it, will enable doctors to personalise cancer treatments and make them more effective. A doctor treating a patient with lung cancer might send a tumour sample to Tempus for genomic sequencing. Tempus identifies a mutation in the gene for epidermal growth factor receptor, which causes cells to grow and divide too much. With that, the doctor prescribes a targeted therapy that can have better results than chemotherapy.

So far the 700-employee company has raised $520 million (Lefkofsky put in $100 million). The lavish $3.1 billion valuation suggests investors expect his approach to make a big score, starting with cancer, then against chronic conditions like depression and diabetes. But precision medicine is a nascent field. Tempus, on its own or with a research partner, has published fewer than 20 peer-reviewed manuscripts since its founding four years ago. A competitor, sequencing firm Foundation Medicine, has published over 400 in nine years.

While the cost of sequencing has dropped, it still runs $1,000 to $5,000 per analysis, and Tempus loses money doing it. Tempus also licences its library of anonymised data to drug companies, insurers and researchers. Lefkofsky won’t reveal revenues, but says it gets seven-figure fees from seven of the ten largest cancer drug companies. Lefkofsky got the entrepreneurial bug at the University of Michigan, where he studied history and made money selling carpets. In 2001, he co-founded InnerWorkings (marketing), then Echo Global Logistics (transportation) and Mediaocean (advertising software). One of Lefkofsky’s hires, Andrew Mason, pitched an idea for a business focussed on “collective action”. Lefkofsky invested $1 million in what became Groupon. A year after its 2008 founding, it booked $14.5 million in revenue; in 2011, it generated $1.6 billion.

Lefkofsky spent a few years dabbling on other projects, including Uptake (predictive analytics for heavy industry). “I always knew back then, [with] those businesses, that I would be in and out,” he says. 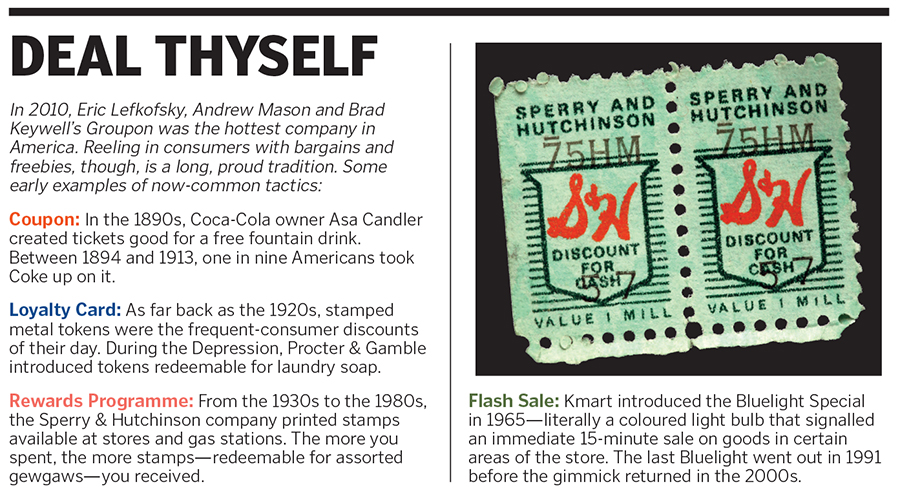 In 2014, Lefkofsky’s wife, Liz, was diagnosed with breast cancer. “I was just perplexed at how little data had permeated her care,” he says. That experience ultimately launched Tempus. (Liz has “been taking it one day at a time”, Lefkofsky says.)

Yet again, Lefkofsky needed data. But some researchers were initially hesitant to share. “They wanted us to basically send all our samples there for all our patients” in the future, says John McPherson, deputy director of the UC Davis Comprehensive Cancer Center. “But we took a more cautious approach.” They ran a head-to-head comparison involving gastrointestinal cancer between Tempus and Foundation Medicine; Tempus fared well.

In 2017 Tempus reached a licencing agreement with the American Society of Clinical Oncology to extract and organise data from 1 million patient records. Today the company says it already works with 30 percent of US. oncologists; many send patient records and biopsies to Tempus for analysis. Tempus hopes to sequence 120,000 genomic samples for doctors this year.

Doctors at UC Davis, McPherson says, have only sent about 100 samples to Tempus, considerably fewer than they’ve sent to Foundation. “I think they were a little baffled by the amount of data that came back [from Tempus],” McPherson says. Clinicians “tend to take the easier route just to save time. But there are several clinicians that are now working fairly closely on the research side with them”.

Lefkofsky remains supremely optimistic. “It certainly feels like my entire career has led to this point,” he says. “I hope this will be my legacy project.”

Tweets by @forbes_india
The mathematics behind exploding offers
Comic: #BoycottMillennials