Why this former JP Morgan exec is chasing old money

While the braying pack of fintech startups chase millennial money, Rhian Horgan has her eyes on her parents' cash 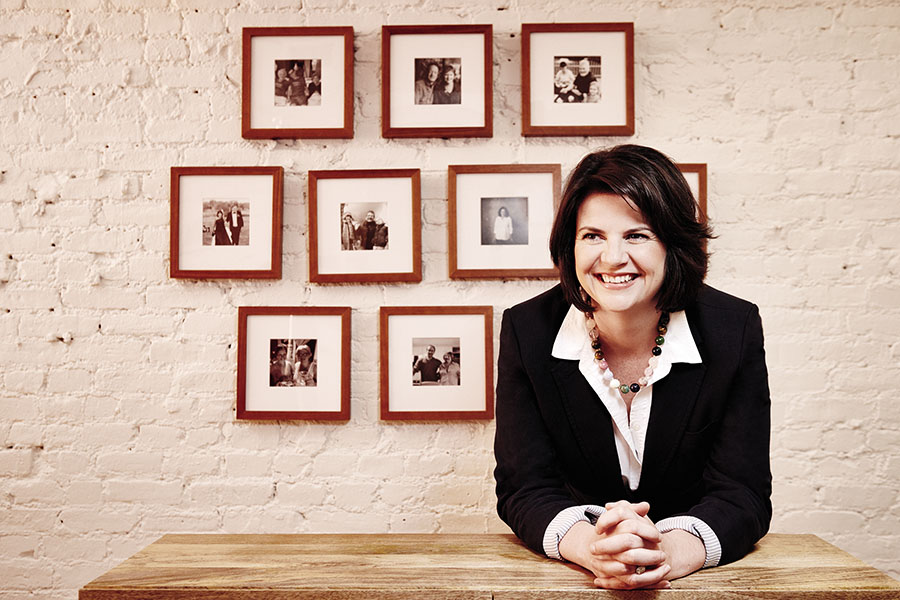 
Ken Henderson, a travelling Pickleball pro, has taped out two 22-by-40-foot courts on an East Harlem gym floor. Today, instead of the usual Florida retirees, he’s teaching a crew of youngish engineers, web designers and financial planners who have taken the subway up from the Chelsea offices of their fintech startup to play the paddle sport many Baby Boomers favour because it requires less running than tennis and is easier on ageing joints. One of the older players today is 41-year-old Rhian Horgan, the founder and CEO of Kindur. She has arranged the outing as a tongue-in-cheek way for her staff to get in touch with their inner Boomers—and their clientele.

In 2016, after 17 years with JPMorgan, Horgan ditched her business suits for jeans and reinvented herself as a fintech entrepreneur. She pitched Kindur as a one-stop digital financial advisor for those nearing or in retirement. It would manage clients’ investment portfolios using a basket of low-cost index ETFs (from Vanguard, BlackRock and Schwab); offer them advice on when to take Social Security; determine which of their retirement accounts to draw down first; and, in many cases, sell them a fixed annuity­—all with the goal of making sure they didn’t run out of money or pay more taxes than necessary during retirement. For simplicity, Kindur would even consolidate a client’s income sources into a monthly “retirement paycheck.”

But venture capitalists (VC) who have thrown hundreds of millions at a slew of robo-advisors and personal finance apps targeting millennials were not wowed by Horgan or her pitchbook. “There was nothing in their portfolio targeting people ages 55 to 70,” she says. “It was a demographic they didn’t understand.”

Adding to her problems, Horgan believes, was her own identity. “I wasn’t viewed as investable. I was old for the industry, almost 40, didn’t have a co-founder, and I worked [previously] for a bank.” In addition, the notion of selling annuities online without high-pressure commissioned salesmen has been met with wide scepticism—from VCs and especially within the insurance industry itself.

After months of fruitlessly knocking on US doors, Horgan found a believer at a fintech retreat in the French Alps. Anthemis, a London-based VC firm that was in on the first 2010 funding round of Betterment—the largest of the independent robo-advisors—agreed to lead a $1.25 million seed funding in September 2017, with billionaire Steve Cohen’s Point72 Ventures chipping in. Why mess with Boomers? “That’s where the money is,” answers Anthemis co-founder Sean Park, who sits on Kindur’s board.

Horgan hired an engineer, a designer, a general counsel (from Citi) and a few fellow financial wonks. They set up shop in a WeWork office. Across the hall, a 60-something woman was using WeWork’s online Meetup service to organise mah-jongg games, which gave them encouragement whenever naysayers suggested Boomers just weren’t that into the internet.

Still, their challenge was daunting: Designing a “decumulation” or spend-down plan is more complicated (and requires more individualisation and sets of calculations) than determining a proper asset allocation in the accumulation or saving phase. Yet to retain a broad appeal, the look and feel of the site couldn’t be too wonky, they believed.

The result: Kindur’s site, which launched in April, takes a low-key approach to both the details and the sales pitch. After setting up a free account, you answer a handful of specific questions and guesstimate your assets and current spending. You get a preliminary free plan providing spending, Social Security and other advice based on these guesstimates or by linking to your actual accounts.

So far, more than 1,000 potential clients have gotten free plans. But those who buy its services will transfer their IRAs and investment accounts to its platform (custodied by Apex Clearing) and be charged an annual management fee of 0.5 percent of investment assets.

One of the most closely watched parts of Horgan’s approach is her use of fixed annuities to ensure clients don’t outlive their money. In contrast to the complicated (and commission-heavy) variable annuities insurance salesmen pitch, these are relatively plain vanilla products: You hand over a lump of money—say, $100,000—and get a fixed monthly income beginning either now or at some date in the future. Some financial planners and policymakers argue fixed annuities are a good idea, particularly for those middle-class folks who have savings but no regular pensions (outside of Social Security) they can count on.

Not surprisingly, annuity sellers are aggressively pursuing the Boomers’ business. In fact, the Alliance for Lifetime Income, an industry group, is the sole sponsor of the Rolling Stones’ current concert tour—the one that was delayed by Mick Jagger’s heart surgery.

But the insurance industry is still resistant to selling annuities online. Complicating matters, Horgan wanted a custom-designed product that fit her vision of a good annuity. She interviewed more than 40 insurers to find one willing to work with her and finally teamed up with American Equity, a West Des Moines, Iowa-based $51 billion in assets company started just 24 years ago.

“We’re partnering with Kindur because it’s a distribution channel of the future,’’ says Ron Grensteiner, the president of American Equity Investment Life Insurance Co. “There’s a segment of the population now, and there will be even more so in the future, who want to do retirement planning digitally—and anonymously, to a certain degree.” 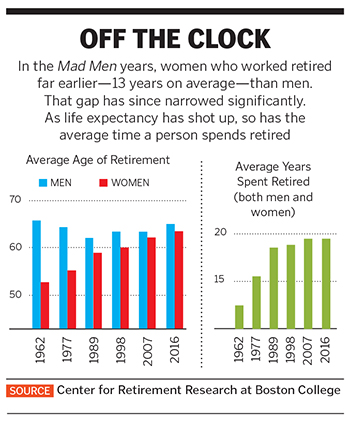 Horgan resolved to start Kindur after watching her own parents struggle to make sense of their retirement options. Her physician father and piano-teacher mother immigrated from Ireland when she was nine. Her dad worked at six different US hospitals, accumulating six workplace retirement plans, as well as sundry other financial assets. Her mom, who died in late 2017, had two retirement accounts.

Before taking the Kindur site live, she raised another $10 million, including $1 million from Inspired Capital, a new fund run by billionaire Penny Pritzker and Alexa von Tobel, who founded Learnvest, a financial site for Millennial women. (It was acquired by Northwestern Mutual and later ended as a brand.) “She’s extremely ahead of the competition in recognising what an opportunity this is,” says Von Tobel.

Not quite all the competition. United Income, a similar comprehensive online service aiming at the 50-to-70-year-old getting-organised-for-retirement crowd launched in September 2017 and already has $780 million in assets under management, with an average account size of $833,000. Unlike Horgan, founder Matt Fellowes didn’t have to fight the VCs’ anti-Boomer bias.

United Income is a bit pricier. It charges 0.5 percent of assets a year for robo-only management and 0.8 percent for a “concierge service” with access to a personal financial advisor. And it doesn’t recommend annuities. Why not? Fellowes says fewer than 10 percent of his customers face an “essentials gap”—meaning their basic living expenses aren’t covered by Social Security and pensions—and he views bond ladders and other low-risk investment strategies as a more cost-effective method than annuities to fill such a gap.

How big a role annuities will play in Boomer retirements is still unclear. What is clear, however, is that digital money management is not just for millennials anymore.

In fact, the bigger challenge for Kindur, United Income and similar startups to come may be that Boomers will opt to get their robo-advice from the established financial companies that helped them build their nest eggs in the first place.

Charles Schwab & Co’s robo-human hybrid advice service, Schwab Intelligent Portfolios Premium. It includes spend-down advice and costs just $300 up front, plus $30 a month. So far, two thirds of users are 50 or older. And then there’s the blue whale of robo-human hybrids: Vanguard’s Personal Advisor Services, which charges 0.30 percent of assets (and less for those with $5 million or more under management).

So far, 85 percent of Personal Advisor’s users are 50 or older, and it has grown to $130 billion in assets under management—way more than all the robo startups combined.

Tweets by @forbes_india
Home a loan: Taking stock of 'Housing for All'
Personality tests are the astrology of the office