How not to kill your innovation: Avoiding 3 pitfalls of new product development 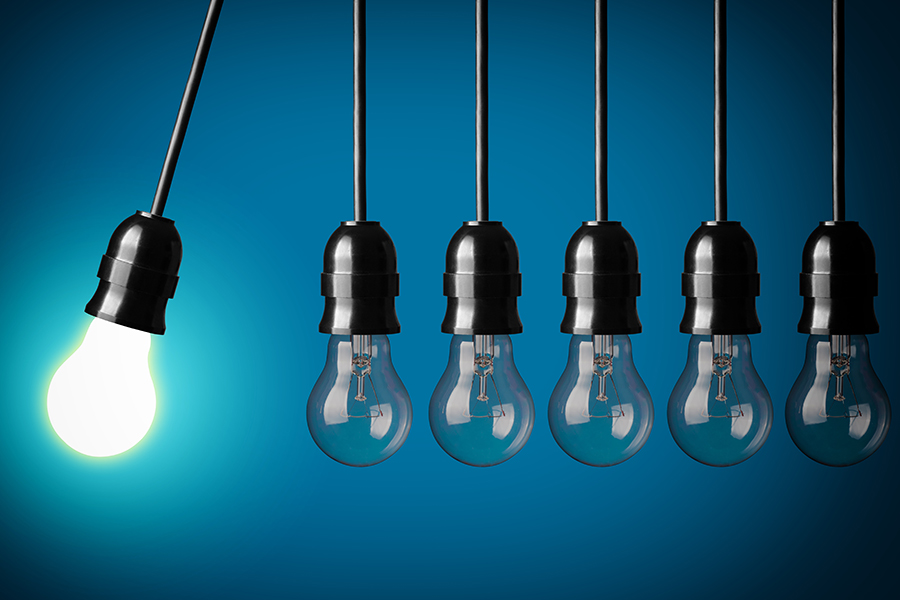 It may be a hard pill to swallow, but most ideas never become profitable, no matter how promising they might seem. In fact, depending on the industry, the failure rate for new products and services can be as high as 90 percent.

That doesn’t faze Darden Professor Raul Chao, an expert in innovation and new product development. “One in 10 is actually a pretty good chance of success,” says Chao. “If you’re an entrepreneur, and if you master the process that turns an idea into a viable product or startup, that’s where you get a 50 percent chance, which is excellent.”

Developing new products and services, according to Chao, is an iterative process. It involves: identifying a problem or an unfilled need; generating concepts or solutions that address the problem; and conducting rapid experiments to learn about what works and what doesn’t.

Chao teaches this process in his “Prototyping and Product Development” course, a popular MBA elective, in which students learn by trying to bring their own ideas to market. In Chao’s experience, his students — and would-be founders, in general — tend to make the same mistakes, whether they work on a new app or a stylish smartphone case. Here are three common pitfalls of innovation and Chao’s insights on how to avoid them.

FOCUS ON THE PROCESS, NOT THE IDEA
The enduring myth of the “eureka moment” implies that market success depends on having a flash of insight that results in the next LinkedIn or Google. This may explain why so many aspiring entrepreneurs focus on generating a brilliant idea. “They get enamored with their ideas,” says Chao. “They think that if they are passionate about them, they’ll succeed. I tell them, ‘Your idea isn’t special. It will change. If you hang all your hopes on the idea, your success rate will be zero.’”

Instead, Chao tries to impart to his students the skills that will help them refine their product concept until it has enough traction in the market to be profitable. He encourages them to be passionate about the iterative process they follow — the process of learning and understanding potential customers. “As long as you have good process and good execution,” says Chao, “you can make a product, you can make a sale and you can find a market.”

FORGET FLAWLESS PROTOTYPES
The best way to test whether a product concept is viable is to begin early with a sketch or a rough prototype. “You throw it out in the market,” says Chao, “you gather data, and then you build another version.” It’s an inexpensive way to get repeated input from potential product users, which creates validated learning about what works and what doesn’t.

This is where many run into another typical pitfall. Rather than build a quick-and-dirty model, they invest time and money perfecting their prototypes. As Chao puts it, “People still think, ‘I’ll work with the developer. He’ll give me the app in six to nine months, and then we go live.’”

Chao urges his students to accept that an early prototype isn’t supposed to be perfect. “That’s why it’s called a minimum viable product. It's minimum and viable. It’s enough to keep you alive till the next iteration.”

LEARN FAST
Getting input from product users and incorporating it into subsequent product iterations shouldn’t take long, according to Chao. The goal of the rough-prototype approach is to learn as fast as possible without wasting time on unnecessary effort.

“It’s about scope identification,” says Chao. “When I tell students, ‘You're gonna make a prototype,’ I want to see what solution they can come up with by the end of class. I ask them, ‘What tests can you run in a week?’ You should be able to learn a lot in a week. It’s more important to run a test, learn something and move on to the next test than to define a perfect test.”

Chao notes that some entrepreneurs view the length of time they’ve been working on an idea as proof of their dedication — a badge of honor. “When I hear, ‘I’ve been working on this idea for four years,’ it’s a huge red flag,” says Chao. “Honestly, it should take you six months to get to market. Within six to 12 months you know whether you should keep going, or you’re dead.”

In the annals of innovation, there’s no shortage of ideas that had cost millions to develop and resulted in perfectly executed products that no one wanted. (Think Segway or Google Glass.) But, with an iterative approach to innovation and continuing cycles of rapid experiments, tests and learning with customers, there’s a process to reduce risk, minimize cost and maximize the likelihood of building something great that people will actually buy.