Prathap Suthan, the creative mind behind the 'India Shining' and 'Incredible India' ad campaigns, tells us that he has left the 'organised' life of ad agencies to start a network of independent professionals 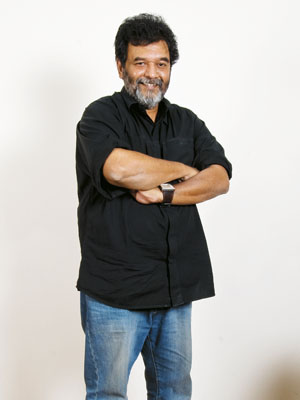 Prathap Suthan
Age: 46
Hobbies: Movies, Music, Collects rocks/stones/water/leaves etc. from across the world -
[I have over 90 countries at home. And I write poetry.]
Education: B.Com
Designation: (at Cheil) - Cheil Worldwide south west Asia National Creative Director
Career: Spent nine years in Mudra Communications and then 11 years in Grey. The stint in Cheil was of three years.

Which one of your ads do you like the most?
‘India Shining’ is my favourite. The idea behind the ad was to reposition India to the global audience. Jaswant Singh (the then NDA cabinet minister) had a clear mandate. The ad was to inject optimism for Indians and to target FDI. It might be just incidental but three days after the ad came on air, the Sensex broke the 5,000 mark. There was a truth in that campaign.

What’s next on the cards?
I want to start an independent agency of my own. I already have three guys lined up to partner me. It will be a sort of an anti-agency. It will not be a typical agency with office or infrastructure but of minds.

So you will be like freelance creative guys.
Yes, sort of. I want to create a network of independent creative guys. The network will offer caliber on par with any of the big agencies. If a client wants an [alternative] view, it can hire us. Many of the smaller agencies have clients of their own but can’t afford to have the best of talents. So that agency can hire me for a particular project. We will be complete mercenaries.

But with so many agencies already around, what is the scope?
I know for sure that almost four to five international agencies are going to start shop in India. They will need good people. So if I create a network of independent ad guys, these international agencies will be willing to take them. Yes, there will be no pay cheques but the quality of thinking will be higher above than the rest. I don’t have an investor behind me and am not putting in my own money. The talent will bring in money.

Does this mean talent is lacking in the ad world today?
That is true. Mainline agencies don’t have that kind of talent. You have one Piyush Pandey, one Balki and one Prasoon Joshi. India is booming and so are many of the sectors. And now the rules say that an agency can’t have competing brands. So the opportunity is immense.

There is a serious dearth of talent in the ad world now. Earlier, ads were a great career for anyone who could think creatively and could write well. There were no TV soaps, no films, no digital world. So everyone would join the ad world. Not anymore.

What kind of work will your network do?
There will be no limit to the kind of work we do. It will range from ads to movies. Already two to three independent boutiques have approached me.

Wouldn’t there be a clash of interest with other agencies?
There won’t be any clash of interest as I will not touch any guy in any agency. The person has to be independent like me. Best talent is outside the agencies and not inside the agencies anymore. I don’t necessarily want the big clients but also want to target the small and medium ones. There are a lot of smaller companies who are doing digital work but have not cracked the game as they lack expertise. I will bring in the expertise for them.

I will not have a network of more than 20 guys. But each one of them will be a specialist and of high quality. Leo Burnett, or Bill Bernbach I think, once said that an idea can turn into magic or dust depending on the talent that rubs against it. I will do anything and everything that excites me.

Tweets by @forbes_india
Letter from the Editor: The New, New Internet
What’s the Weirdest Thing People Have Put in a Coffin?