Love your job? Someone may be taking advantage of you

If someone is passionate about what they do, we see it as more legitimate to exploit them, according to new research from Duke University's Fuqua School of Business 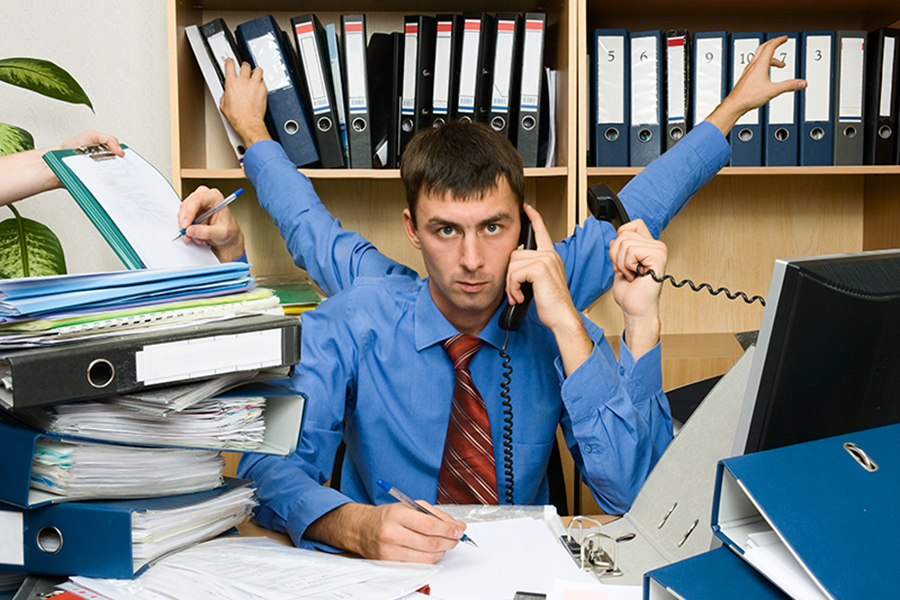 Professor Aaron Kay found that people see it as more acceptable to make passionate employees do extra, unpaid, and more demeaning work than they did for employees without the same passion.

“It’s great to love your work,” Kay said, “but there can be costs when we think of the workplace as somewhere workers get to pursue their passions.”

Understanding Contemporary Forms of Exploitation: Attributions of Passion Serve to Legitimize the Poor Treatment of Workers is forthcoming in the Journal of Personality and Social Psychology. Kay, the senior author on the research, worked with Professor Troy Campbell of the University of Oregon, Professor Steven Shepherd of Oklahoma State University, and Fuqua Ph.D student Jae Kim, who was lead author.

The researchers found that people consider it more legitimate to make passionate employees leave family to work on a weekend, work unpaid, and handle unrelated tasks that were not in the job description.

The team found passion exploitation consistently across eight studies with more than 2,400 total participants. The studies varied in design, in the participants (students, managers, random online samples) and in the kinds of jobs they considered.

In one study, participants who read that an artist was strongly passionate about his job said it was more legitimate for the boss to exploit the artist than those who read the artist wasn’t as passionate. This finding extended to asking for work far beyond the job description, including leaving a day at the park with family and cleaning the office bathroom.

In another study, participants rated it more legitimate to exploit workers in jobs more traditionally associated with passion, such as an artist or social worker, than in jobs not generally seen as a labor of love, such as a store clerk or bill collector.

The researchers also found the reverse is true: people who are exploited in their job are more likely to be seen as passionate about their work. Participants read about a Ph.D. student’s working relationship with their graduate advisor. Those who read a scenario in which the student was being exploited – verbally abused and given unreasonable deadlines – rated the student as likely to be more passionate than students who weren’t being exploited.

“It is scary to think that when we see someone in a bad work situation, our mind may jump to the conclusion that they must be passionate about their work. While not always factually incorrect, this may serve to legitimize instances of mistreatment,” Campbell said.

The researchers found this tendency to exploit passion arises from two beliefs: that work is its own reward, and that the employee would have volunteered anyway. This is an example of compensatory justifications, something Kay has studied in other settings.

“We want to see the world as fair and just,” Kay said. “When we are confronted with injustice, rather than fix it, sometimes our minds tend to compensate instead. We rationalize the situation in a way that seems fair, and assume the victims of injustice must benefit in some other way.”

For example, he said, “in past work with John Jost of NYU, I have found that when faced with massive disparities between rich and poor, people can downplay injustice by telling themselves that wealth brings its own set of problems, or that having less money makes it easier to be happy by keeping life simple.”

“In the case of working employees harder for no extra pay, or asking them to do demeaning work or work outside their job description, believing this is fair because these workers are indulging their passions may be a similar means of justification,” Kay said.

Addressing this problem via policy is tricky, but solutions can begin at home.

“We can all do more to be vigilant and prevent ourselves from slipping into exploiting passion in our employees, our friends, and even ourselves,” Shepherd said.

“Our research is not anti-passion,” Kim said. “There is excellent evidence that passionate workers benefit in many ways. It’s simply a warning that we should not let the current cultural emphasis on finding passion in our work be co-opted by the human tendency to legitimize or ignore exploitation.”