Should CPI(M) Raise the Red Flag?

These are hard times for the Communist Party of India (Marxist). After its poor performance in the general elections held in 2009, the party is now on the verge of losing its citadel, West Bengal, where it has been in power since 1977 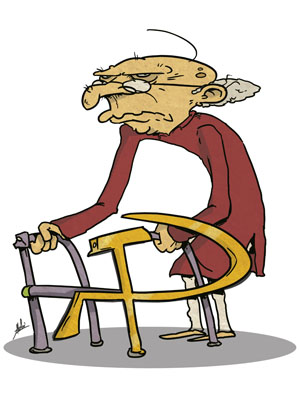 The party could win only 16 seats in the 2009 elections compared to the 44 it won in 2004. Subsequently, it was trounced by the Mamata Banerjee-led Trinamool Congress in the civic polls in West Bengal held in June 2010. The CPI(M)’s defeat in the West Bengal elections next year seems almost imminent. In Kerala, factionalism threatens to spoil its chances of returning to power.

In the cacophony of Indian economic and political ideologies, the CPI(M) seems to have lost its way. Why is this 46-year-old party floundering?

Comrade Versus Comrade
Infighting has been a hallmark of the CPI(M) in recent times, with various factions pointing figures at each other for the recent electoral reverses. At a recent party conference held in Vijayawada, Prakash Karat, the general secretary of the party, attacked the Buddhadeb Bhattacharjee-led West Bengal lobby for the dipping fortunes of the party. Although he was expected to come under attack during the meeting, Karat managed to give an impression that the party was behind him.

In Kerala, the party is caught in the clash between Chief Minister V.S. Achuthanandan and Pinarayi Vijayan who is the state secretary. On May 26, 2007 the CPI(M) suspended Vijayan and Achuthanandan from the politburo of the party for their public remarks on each other. The former was investigated by the CBI for corruption. The graft case has further divided the party into pro-Achuthanandan and pro-Pinarayi groups, which could have a detrimental effect on the party’s prospects during the Assembly elections.

Not-So-Dear Leader
With the retirement and subsequent deaths of Harkishan Singh Surjeet and Jyoti Basu, the CPI(M) top leadership is now without a single leader who was part of the first politburo. General Secretary Prakash Karat faces the unenviable task of galvanising the party at a time when it has not only lost its base in West Bengal, but also seems to be ideologically divided.

Karat has also been criticised for failing to read the stars while deciding to pull out of the Manmohan Singh government over the Indo-US nuclear deal. Former Lok Sabha Speaker Somnath Chatterjee who was expelled from the party said the CPI(M) leadership had made a mistake in trying to cobble together a Third Front coalition last year. 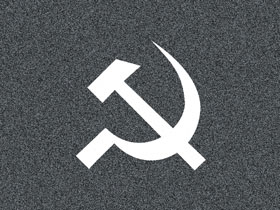 The CPI(M) has traditionally wooed voters as a party of the agrarian poor and the trade unions. Yet, in recent times it has been criticised for blatantly taking to industrialisation in West Bengal. Earlier this year, speaking at a presentation before Columbia University, politburo member Sitaram Yechury argued in favour of industrialisation in the state. Citing the example of Singur, Yechury said that it was unviable for 12,000 people to survive on 1,000 acres of agricultural land. At the same time, he said, the party strives to drive a distinction between its quest for industrialisation and the neo-liberal agenda. “Therefore, the task of opposing neo-liberalism and its implications while utilising available opportunities and formulating schemes at the state level … is a challenge that the Left is currently engaged with.”

Back To Square One
The recent electoral defeats have led to the party coming out with a rectification document in which it has sought a return to its core Marxist ideology. This has led to the Bengal leadership coming under fire for taking to neo-liberal policies and alienating the party from the people. (For example, the Bengal chief minister’s expressing his opposition to strikes.) The document also states that “there was erosion in the primacy of the working class outlook of the party“.

More Left Than Thou
Even as it has taken the challenge of facing up to American imperialism, the CPI(M) has to also contend with fighting an ideology at the other extreme: Naxalism. The CPI(M) claims that Maoist squads were responsible for the killing of around 150 CPI(M) members and supporters in West Midnapore, Bankura and Purulia districts of West Bengal since the last Lok Sabha elections. The party alleges that the attacks are orchestrated in coordination with the Trinamul Congress cadre. The surge of Maoist activity in West Bengal has particularly affected the CPI(M) cadre in the state with attacks being reported from several parts of the state.

Rebel Against Everything
The party has zeroed in on taking up agitations against the “whole gamut of neo-liberal policies which are affecting the lives of the people in all spheres.” Inflation, agrarian distress, free market policies and the Centre’s co-operation with the US on foreign policy are some of the key issues that the party plans to take up. It also seems to have given up on the idea of a Third Front and now espouses the cause of a Left Front, where parties with a Communist orientation will strive to gain further acceptance at the grassroots.

Tweets by @forbesindia
Incredible, But it's India!
Kalanithi Maran: The Anchorman