What the H1B Visa Proposals Mean for Indian IT Firms

New US proposals regarding H1B visas are being branded as bad for Indian IT firms. But there might be a silver lining 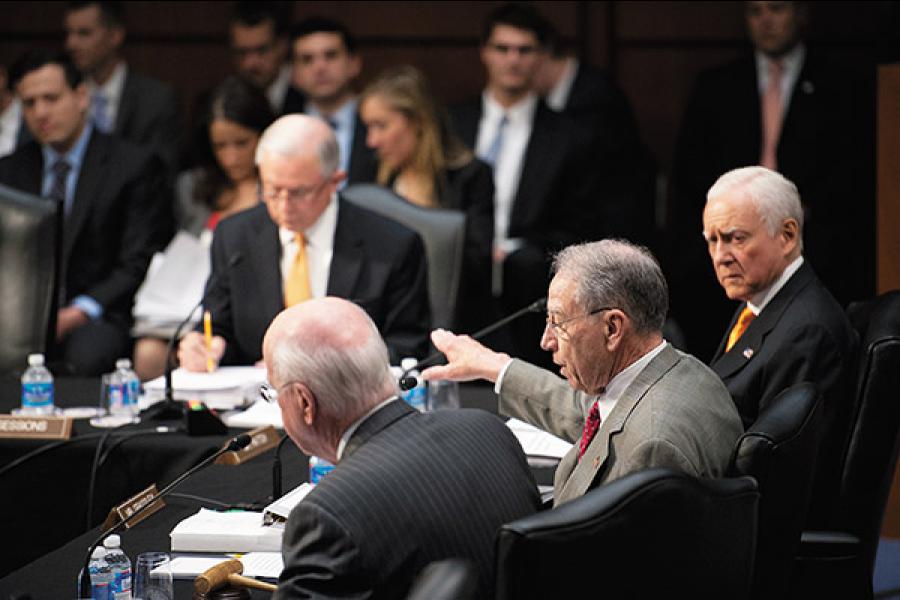 Image: Getty Images
The proposed immigration bill has just been introduced in the US Senate, and, to be a legislation, needs several clearances from various panels, members of the Senate and House of Representatives and the president

Some of the proposals related to H1B visas in the US Senate’s comprehensive immigration bill have triggered a sense of panic among Indian IT services companies. If passed, the IT companies fear they will have to spend more, sacrifice margins and perhaps even lose the competitive advantage. Nasscom, the lobbying body of software companies in India, has argued that the proposals are discriminatory and go against the idea of free markets. Its officials hint about a trade war between India and the US over this issue. The truth, as always, is more complex.

Changes to the bill
The proposed bill spans about 800 pages and is the result of endless negotiations by lobbying groups. It has just been introduced in the US Senate, and, to become a legislation, needs clearances by different committees, 100 members of the Senate, 435 members of the House of Representatives, and finally the president. This means that there could be amendments to the bill.

Dents in profits
Indian IT companies are worried, not without reason. The proposals will increase visa expenses by three to five times. At present, an H1B visa costs $2,500. Companies might have to pay higher wages to H1B visa employees, and, over time, employ at least one local person for every H1B visa holder. Hiring locally increases wage bills and introduces inflexibility in terms of utilisation rates.

Wipro CEO TK Kurien said the procedural impact could slow down companies. Kotak Securities reckons the new regulations would hit margins by at least 1.85 percent in five years on account of local hiring and another 1.5 to 2 percent on account of onsite utilisation rates. In all, it could have an impact of 3 to 4 percent over five years.

Hasten globalisation of IT firms
IT services companies have changed over the past few years. The top five are multi-billion dollar companies, with features of MNCs (global clients, US stock market listings). They are moving from offering just software services to a broad range of business solutions, many of which demand a higher proportion of local talent. In fact, the proportion of non-Indian employees has been growing, in part because of acquisitions abroad. “This has been relatively slow and successful in certain areas,” says E Balaji, CEO of Randstad India. The new visa regulations would act as a catalyst.

Convincing investors
The traditional IT services model based on adding headcount (hiring more people in proportion to revenues) and cost arbitrage (hiring employees at lower wages in India) is fast losing steam. Margins will drop as companies expand delivery centres in or around their markets. “The old model is broken and the new one will have lower margins,” says Siddharth A Pai, partner and president, ISG Asia Pacific. One of the biggest challenges before firms is to convince investors about an era of lower margins. This task will be easier using external shocks, rather than broader trends.

More off-shoring
Although the proposals in the immigration bill do not mean to promote off-shoring, it could turn out to be one of the unintended consequences. Higher visa costs and local hiring will make onsite work more expensive, and incentivise IT companies and their clients to opt for less onsite work.