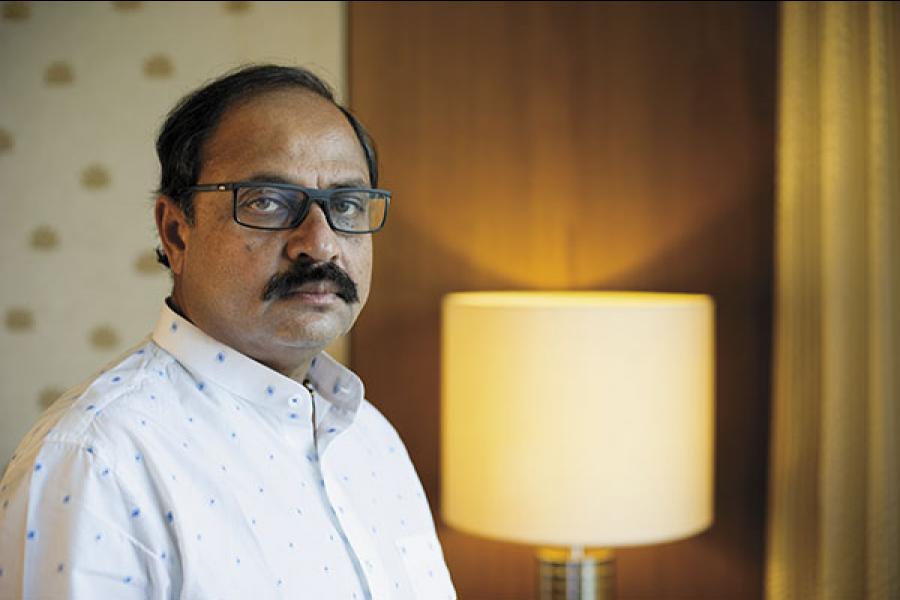 Image: Amit Verma
Darshan Patel, founder and CEO of Vini Cosmetics, studies the pulse of the customers before marketing his products

Darshan Patel clearly remembers that ‘aha moment’ in 2011. A year earlier, he’d launched Fogg, a deodorant, and was struggling to sell it. Myriad brands and fickle consumers meant that a product without clear differentiation would barely move off the shelves.

But the 53-year-old wasn’t one to give up easily and got down to what he does best—understanding the mind of the consumer. He had spent the last two-and-a-half decades launching and relaunching products like Moov, Itch Guard and Krack at Paras Pharma, a business he co-owned with his brothers. These succeeded because they were able to identify a specific consumer need. Take Krack for instance. The product had been launched to compete with Burnol, an ointment to prevent superficial burns, but the advent of pressure cooker reduced its usage. Patel set out to reposition the product. “I was at Churchgate station [in Mumbai] where I noticed that a lot of women exiting the train had cracked heels,” says Patel. A new idea was born, and Krack emerged as a success story.

When Patel launched Vini Cosmetics in 2009 and started selling Fogg (Friend of Good Guys/Girls) in 2011, he knew he had to stand out in a crowded market. What he did is a testament not only to his marketing brain but also to the contrarian call he took as an entrepreneur. While everyone was marketing their deodorant based on smell, he decided to sell its longevity. The move worked. Not only did he dethrone Hindustan Unilever’s Axe, India’s largest selling deodorant at the time, in two years, but he also took Vini Cosmetics, of which he is the founder and CEO, past Rs 610 crore in revenue by March 2016. He’s even making a profit, he claims, but declines to disclose the numbers. “In the FMCG business, you have to make mistakes. Unless you do that, you’ll never know what succeeds,” says Patel in his office in Ahmedabad.

The Man Behind It
It was in 1985 that Patel joined Paras Pharma, his family business. A chemistry graduate, he had no marketing qualifications except for an interest in understanding what the consumer wants. It was primarily his marketing success that took Paras from a Rs 50 lakh a year company in 1985 to a Rs 100 crore firm in 1999.

Take the case of Moov, originally a knee pain reliever. Moov’s use was limited as most people who suffered from knee pain were older than 60. At that age, he felt, most people would rather live with the pain than apply an ointment. He repositioned Moov as a back pain reliever and took market share away from Iodex. By the end of his stint at Paras, Patel had an 80 percent success rate with the products he’d launched. “I knew this success was no fluke and that there is science behind marketing,” he says. In 2006, following differences with his family, he sold his stake in Paras Pharma and started spending time at his farm.

Patel returned to business with Vini and Fogg in 2009, but its sales stuttered for a year. He realised that selling Fogg on its smell alone wasn’t working. His market research agency Ormax, with whom he had worked for 25 years, surveyed over 1,000 respondents in the eight most populous cities of India. As predicted by Patel, consumers showed no loyalty towards a particular brand but complained that their deodorant cans got over very fast. 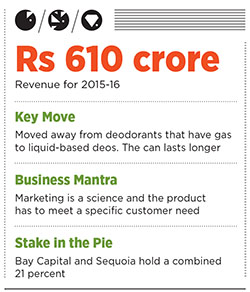 Patel decided to play on this insight. It took him nearly six months to get it right but, sitting in his office one afternoon, he realised that if he was able to show consumers that his deodorant had less gas it would sell. “Most advertising is 90 percent entertainment and 10 percent knowledge; I have always done the opposite with my advertising,” he says. One day, in his office, he brought two glasses and sprayed them with deo from two cans—Fogg and another brand. While the glass with Fogg visibly filled up with each spray, the other glass barely did, indicating the vapour that dissipated. It was a simple yet effective way of telling Fogg consumers that they were getting more bang for their buck. On December 16, 2011, Fogg was launched with a new commercial that demonstrated this. This time, the product was an overnight success and went on to become India’s largest selling deodorant brand in two years. Fogg’s success has made Patel hungrier for more. His face powder brand White Tone is already clocking Rs 50 crore in sales. He is planning four distinct product lines—look good (powders), feel good (declined to disclose), smell good (deodorants) and do good (anti-ageing)—and insists that he has at least 6-7 products up his sleeve. His plan is to take the company public once Vini crosses Rs 1,200 crore in sales.

Why It Is a Gem
With a topline of Rs 610 crore, Vini Cosmetics has had the fastest ramp-up among FMCG companies in India in the last six years. As a result of Fogg’s success, Vini has managed to build a national distribution network with 200 employees of its own and stockists. Besides, plans are afoot to set up a manufacturing facility in Kenya.

Fogg has already made forays internationally with about Rs 100 crore of Vini’s revenue coming from global markets. Patel is eyeing an expansion across 30 countries with Brazil, South Africa and Nigeria being the key markets. He is planning a major push to establish Fogg in Brazil, which has a deodorant penetration of 95 percent.

Risks and Challenges
The most obvious risk for Vini is that the company remains concentrated on one product. Patel points out that the deodorant category is so under-penetrated (7-8 percent) in India that growth for another decade should not be a challenge either for him or for others. This is a view echoed by Abhay Pandey, managing director at Sequoia Capital, who says, “One super brand is better than multiple small brands.”

Pandey also pointed out that Patel is expected to roll out several other brands. Besides, while Patel believes that Fogg will resonate with people overseas, it’s a hypothesis that is yet to be proven.