How Spoton Logistics made a U-Turn 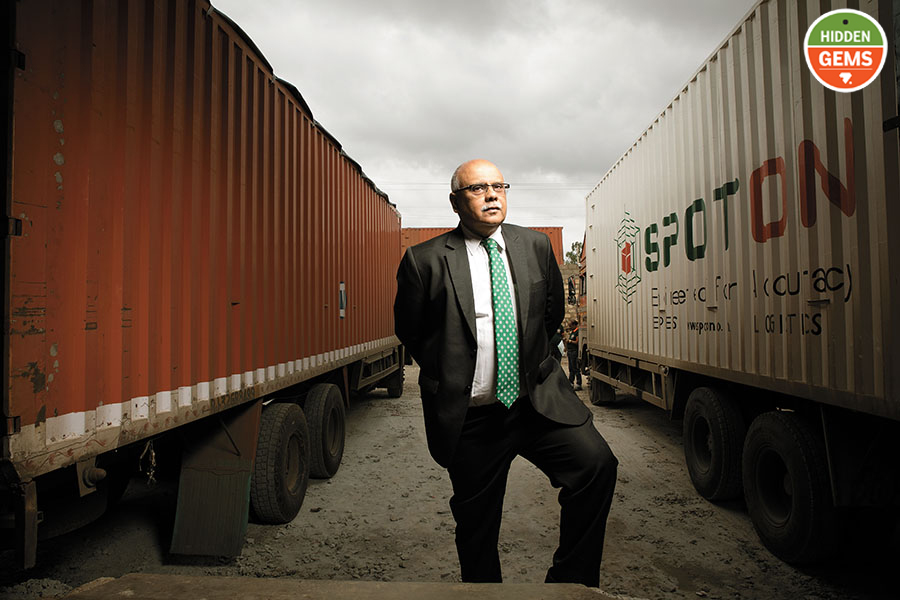 When Abhik Mitra was switching jobs in 2011, he did not have any inkling that his new employer would end up owning a part of his previous employer’s business. And that he would be rejuvenating the entity.

Mitra was settling down in his role as operating partner at India Equity Partners, where he handled the logistics portfolio, when word spread that Dutch logistics behemoth TNT—Mitra’s previous stop where he was India managing director for seven years—was planning to sell its domestic road express business. It was a deal worth chasing for India Equity Partners. First, it had on board a person who knew the business inside out. Second, it foresaw road express becoming a niche, yet crucial, cog in India’s logistics wheel.

In 2012, Mitra and team reached out to the TNT management and bagged the deal. The business was named Startrek Logistics—it was renamed Spoton Logistics in 2016—with Mitra as managing director. He had an arduous task on hand: To transform a far-east outpost of a European multinational company (MNC) that clocked a loss of ₹18 crore at Ebitda level on revenues of ₹180 crore at the time of the acquisition, into a profitable warhorse.

It was also an opportunity for Mitra to establish his credentials. As an insider, he knew that he had to start with overhauling the culture and making the company nimble and agile.

TNT, says Mitra, had its strengths—customer centricity, sales process, human resource practices and finance controls, to name a few. He ensured the best practices were retained, even if it meant shelling out more money. “For example, at TNT, there were separate sales and collections teams, compared to some of our competitors where the same team does both functions. These things were not easy to retain initially because they incurred costs… when you are making losses, it is difficult to justify costs that nobody else is incurring,” says Mitra. But things needed to be fixed and Mitra began with a razor sharp focus on operations and leveraging technology.

“I used to be reviewed (by the global team) once a month on operations, if at all. And I reviewed my team once a week. I realised this won’t work. I thought let’s view operations in three different dimensions,” explains Mitra. “Either it’s real-time, which means as it is happening, or near-real-time, with a gap of an hour or a day. Then we analyse the data. But to do that, a system should exist.” 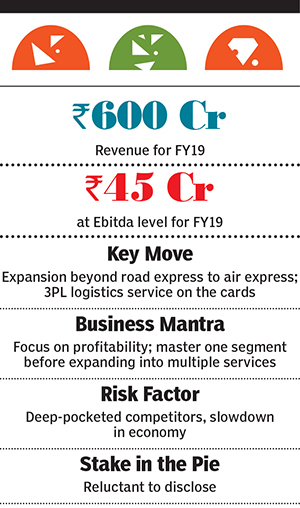 “We had to invest in technology. It wasn’t like we invested hundreds of crores, but it was more about the thought that went into it. What are the data points needed to run my business more effectively compared to yesterday? It was an area that TNT was weak in. For example, if a client wanted a report about its consignment’s location, I couldn’t give it because the headquarters won’t make changes for one client,” says Mitra.

The next step was building a strong management team. “The team that we got from TNT wasn’t the best because it was about to exit this business. We had to replace the heads of sales, operations and finance… we brought people from outside in 2013,” says Mitra.

It took some time, but Mitra succeeded in realising his vision: Build an organisation run professionally on MNC principles, but not necessarily with the negative overhangs of an MNC, like bureaucracy and lack of speed. Today, Spoton is a profitable business, catering to clients in sectors such as hi-tech, automotive, engineering, pharmaceutical, electronics, electrical, lifestyle and retail. It posted a profit of about ₹45 crore at the Ebitda level on revenues of more than ₹600 crore in FY19, a year-on-year growth of 29 percent.

Spoton has also turned out to be an extremely profitable bet for India Equity Partners, despite its sectoral focus—road express. According to a 2018 Edelweiss report, India’s road transport industry is poised to grow from $110 billion to $190 billion between 2018 and 2025. While the full-truck load segment will account for a lion’s share of the pie at $165 billion, growing at a CAGR of 10 percent, the road express segment is poised to grow at a CAGR of 17 percent to a $6.5 billion entity by 2025.

In 2018, a consortium of investors led by Samara Capital and Xponentia Fund Partners bought Spoton for ₹550 crore. India Equity Partners, which had put in ₹80 crore, including the buyout from TNT and subsequent investments to run operations, clocked a seven-fold return. Says Gautam Gode, co-founder and managing director at Samara Capital, “We are not venture investors. We do not like to back loss-making or pre-profit businesses, but businesses and industries that can scale up and generate cash. Spoton has crossed that stage. So, it doesn’t matter if the segment is small relative to the overall pie. The basic economics of the business, the growth and the cash that it is generating are attractive for us.”

Spoton is now expanding beyond its bread-and-butter sector, and is contemplating a foray into third-party logistics (3PL), similar to Mahindra Logistics or Future Supply Chain, in six to eight  months, potentially through an acquisition. An air express service was launched earlier this year.

Some challenges, however, remain. Spoton competes with deep-pocketed logistics startups such as Delhivery and Rivigo, apart from the likes of Gati, TCI, Safexpress, DHL, Bluedart and Fedex. Besides, the current slowdown in consumption could stall growth for the overall segment. The industry is also not immune to a price war.

“The market is expanding at 15 to 17 percent. The next couple of years will be competitive. Ultimately there will be four or five players who will win this game… players who execute well, use data, engineering and technology, and most importantly have a strong management team. You don’t have to have Einsteins, you need a cohesive team. I am more than confident that we will do well,” says Mitra.

For him, the rear view mirror is certainly not an indicator of the future.