Encyclopaedia Britannica Pulls The Plug On Its Print Edition

A Look Back at A Pile of Facts and Memories from the iconic set of books, 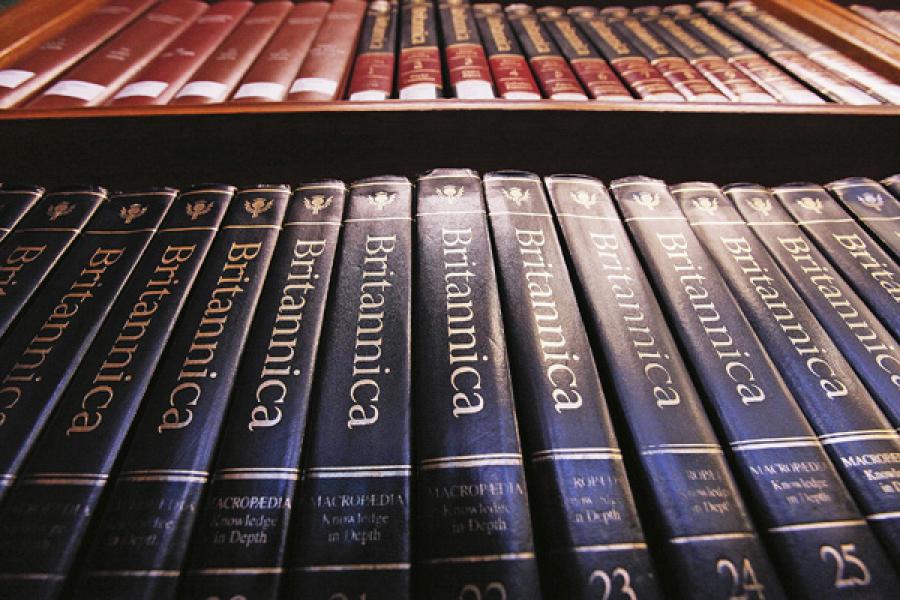 On March 14, Encyclopaedia Britannica (EB) announced that it is pulling the plug on its print edition. The announcement led to a lot of tear shedding. Much of it can be attributed to nostalgia and a deep human desire to see some things unchanged.  On visiting Venice, Alan Greenspan wrote, “It’s no coincidence that some of the world’s most cherished places are those that have changed the least.” The presence of sturdy volumes on library shelves gave a similar feeling of stability.

Yet, over the years, EB had changed a lot. When it was first published in 1768 in Scotland, it had just three volumes. By the time Richard Feynman threw a challenge to compress the entire EB into the head of a pin in 1959, it had 24. The latest edition—“There were about 4,000 left last week,” says Tom Panelas, EB’s director communications—had 32 volumes.

Its content changed too. It not only added more information but also shed its prejudices. For, despite its reputation for objectivity, EB often reflected the grandeur and pettiness that existed beyond the library walls. (An example from 1911 edition: Mentally the Negro is inferior to the white. The remark of F Manetta, made after a long study of the Negro in America, may be taken as generally true of the whole race.)

As the digital age dawned, the demand for print started coming down. In the 80s, EB was selling 150,000 sets; the 2010 edition saw a print run of 12,000. Today, the print edition accounts for less than 1 percent of its global turnover, says Leah Mansoor, SVP International Business, EB. “I think most of us were quite happy that we had passed this milestone, one which we knew had been coming for years,” says Panelas. At least a few customers shared his sentiments. Dr Ajay Kumar Srivastav, librarian of Benaras Hindu University says, “There’s nothing we can do about it. Print will go, but there will be digital.”

But digital is not the same as print, and the shift reflects bigger societal changes. In a book form, it tempted many to read it from first to last.

Admittedly few succeeded. But even those who managed only the first few pages discovered the joy of random discoveries.

Krishna Prasad, editor of Outlook, is among those who wanted to read the entire set. Fulfilling a childhood dream, he bought it in 2005. Soon after, he finished the whole of first volume and half of second, and then gave up.

It was too heavy, and he had to move cities. Still, he goes back to read random pages. “Its limitations are obvious. But its pleasures are immense,” he says.

Sameer Shariff, founder & CEO of Bangalore-based Impelsys, which has created a distribution platform for the electronic books published by EB, says fading away of the print, and emergence of digital is an undeniable trend happening all around us. “We are paying attention to this because, you know, it’s Encyclopaedia Britannica,” he says.