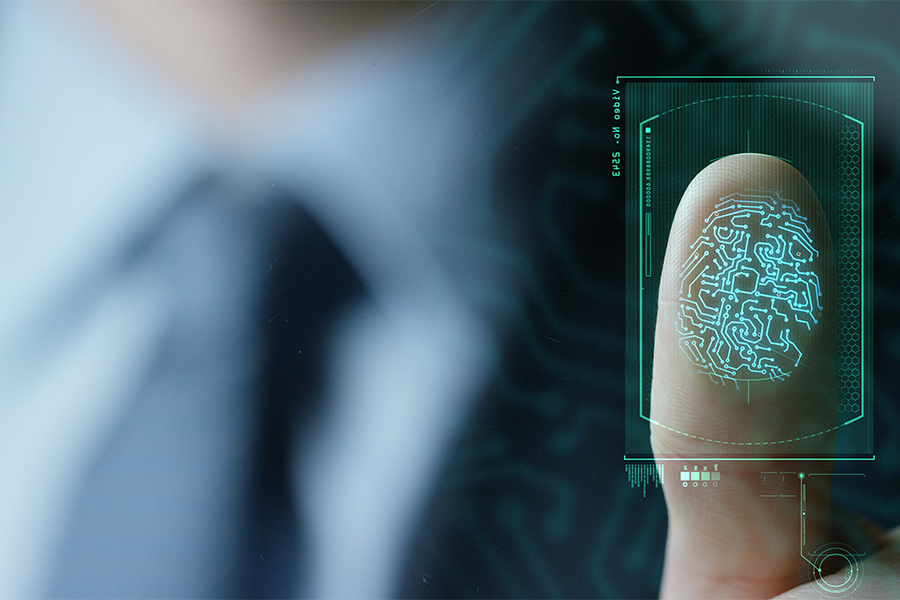 The residues of our trails - biometric, electronic or digital, are found everywhere
Image: Shutterstock


Today, the residues of our trails – biometric, electronic or digital, are found everywhere. The ‘global’ Indian leaves it in the visa databases of the countries he visits, the ‘local’ Indian leaves it in his mobile, internet and bank transactions, his ration-shop and many other such offices – public and private. The Chinese are already seen as being ahead in this trail-game, given their digital depth, vast markets and internet leadership. While both these countries are negotiating the recording of these trails, there is also a high probability that all physical movements are being captured by the ubiquitous security cameras dotting our respective urban landscapes.

One statesman who would have approved of these state measures wholeheartedly is the redoubtable Chanakya (or Kautilya), the wily minister of Chandragupta Maurya, 4th century BC, Magadha. In his Arthashastra, he writes that the mainstay of this Magadhan state and its bureaucracy was a hidden army of spies and secret agents. Registries kept full record of births, deaths and movements in and out. Officials were spied upon their entire career. Strangers, guests, travellers, traders, persons with suspicious behaviour and sudden access to wealth were closely watched. There were spies in every trading caravan. Nothing was allowed to escape the notice of the royal agents.

Cut to several centuries ahead to a different land. In the late 18th century, in Britain, the utilitarian philosopher Jeremy Bentham designed an institutional building, “a mill for grinding rogues honest”, which he called Panopticon. It was a circular structure to allow all (pan-) inmates of an institution to be observed (-opticon) without the inmates being able to tell whether or not they are being watched. The design of the Panopticon consists of a circular "inspection house" at its centre, from which the manager or staff of the institution are able to watch the inmates, stationed around the perimeter. Bentham’s Panopticon design, which according to him could be used for schools, hospitals, asylums, workhouses and prisons, did not find takers then. His aborted blueprint seems to have met its virtual match today.

Common to both these older societies’ preoccupation with surveillance was a fast changing economic and production order, fuelled by immense growth of markets – both domestic and foreign/captured. The Magadhan society was the first large-scale commodity producing economy in Indian history. Vast tracks of tribal land was being conquered and brought under agricultural production. The society was transforming from pastoral/tribal to an agrarian and cash economy at a fast pace. Britain of the 18th century was on its way to becoming the first modern, industrial, capitalist economy. It was breaking away from centuries of stagnant, feudal rule and finding footholds in its future colonies of Asia and Africa. Large scale factory production had broken out from the stymied, limited guild production, thanks to the Industrial revolution. Given these changes, the economy was in a flux and there was a dire need for predictability, control and discipline. The markets had to be stabilised and the state had to have its share of the growing revenues. The spies and the Panopticons met that need.

It is also not surprising that given the stage of their economies, both Chanakya and Bentham had less than sanguine views of individual actors. They saw them as being driven by pleasure and pain, gains and punishments – pushed and pulled by the anarchy and vagaries of the new, ferocious economic and social forces they found themselves in. For Chanakya, the Magadhan State had to intervene by having a strong and vigilant administration, which in turn had to be kept in check by vigilant spies. Despite that, Chanakya rues that detecting an official’s theft from public revenues is akin to finding out how much water is drunk by a swimming fish. The sole purpose of every action was the safety and profit of the state. Bentham’s panopticon obsession could be understood, given the emergence of large scale factory spaces and work places that required constant supervision of workers. These workers had to be trained and disciplined in schools and institutions to inculcate the norms of modern industrial production. Deviants had to observed and kept in check in asylums and rectified in prisons. Only then could the steam rollers of the Industrial revolution be rolled in.

Given these lessons from history, the surveillance and trail idee fixe of both China and India appear familiar. The juncture at which these economies are finding themselves today is similar to the Magadhan and British empires of yore. Both are headed towards a furious growth of their markets, have ambitions of becoming global economies and are looking to a strong, authoritarian state to sidle it in. Not surprisingly, Chanakya and Bentham would have a sympathetic ear from the statesmen and businesses in these States. Not only are we creating surveillance mechanisms that record and trail, but executing exchange, accounting and payment mechanisms that self-create these trails. While producers are being surveilled at offices and workplaces, consumers are being tracked and stalked by data-analytics. A world of A Perfect Spy and a perfect Panopticon.

However, we can hope that we as citizens of today have moved beyond 4th BC Magadha and 18th century Britain. It is not surprising that both China and India are battling issues of privacy. A nine-judge bench of the Supreme Court of India ruled that Indians enjoy a fundamental right to privacy, that it is intrinsic to life and liberty and thus comes under Article 21 of the Indian constitution. China too is caught in a quagmire of defining its own privacy laws. History, typified by the Magadhan and British empires has its own take on the right of citizens in this new era of markets subject to internet and digital blitzkrieg. We will have to wait and see.

Acknowledgments: For Chanakya and Arthashastra - D.D.Kosambi’s The Culture and Civilisation of Ancient India in Historical Outline; for Bentham’s Panopticon - Michel Foucault’s Discipline and Punish – The Birth of the Prison; John Le Carre for A Perfect Spy.

Dr. Rajalaxmi Kamath is an Associate Professor with the Centre for Public Policy, Indian Institute of Management Bangalore. Views expressed in this column are personal.

Tweets by @forbesindia
BillDesk: The payments pioneer
The pants-pocket laptop is larger than some phablets or the size of a clutch