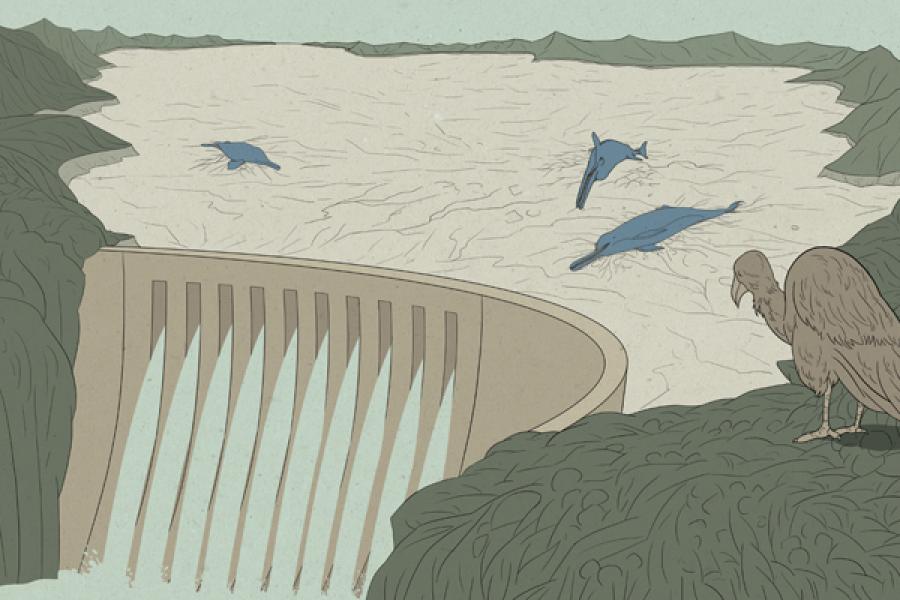 Why was it made a national symbol?
In 2009, the Manmohan Singh government notified the Gangetic Dolphin as the national aquatic animal to channel attention and resources towards conserving the species. The dolphins are an indicator species for the river ecosystem and are considered the mascot of a healthy aquatic environment.

Current Status
The Gangetic Dolphin was included in Schedule I of the Wildlife (Protection) Act, 1972. In 1982, the dolphin population in the Ganga was estimated to be between 5,000 and 6,000. But, by 2010, it had dwindled to less than 2,000. The animals face shrinking water resources, diversion and abstraction of water, indiscriminate fishing and increased urban, industrial and agricultural water pollution. Construction of barrages also cause physical barriers for this migratory species. According to the River Basins and Water Policy team at WWF-India, “Dolphin conservation involves a community-centric, multi-disciplinary approach. This will require mobilising various competing water users to address their shared water risks using a coordinated multi-disciplinary framework.”