Though among the 100 richest Indians last year, they did not make the cut in 2014

BRIJ BHUSHAN SINGAL, Bhushan Steel
#54 in 2013
The year 2014 has been rough for the patriarch of the family-run Bhushan Steel, a Delhi-headquartered company which supplies auto-grade steel to car companies. Chairman Brij Bhushan Singal was plagued by a cascade of misfortune, including a ratings downgrade (after an explosion last December during a trial run at one of the firm’s plants in eastern India), ballooning debt of more than Rs 30,000 crore and the arrest of his son, Bhushan Steel’s vice chairman and managing director Neeraj, in a bribery case. The company’s shares have fallen by more than 70 percent on the BSE in the past one year. This comes at a time when India’s steel consumption is flat, growing just 0.6 percent in the last fiscal. 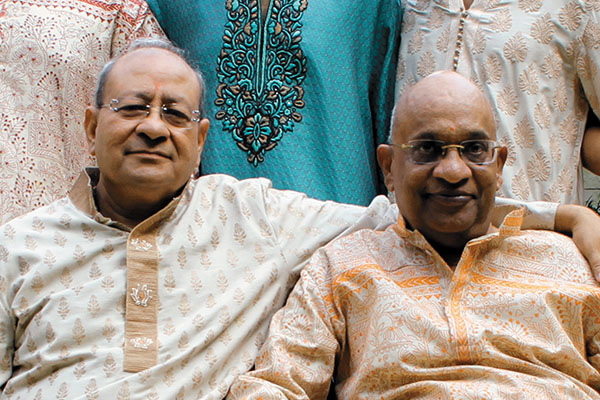 RADHE SHYAM AGARWAL,
RADHE SHYAM GOENKA, Emami Ltd
#82 in 2013
The homegrown maker of health, beauty and personal care products, Emami is known for its Bollywood stars-led advertising campaigns. The company has suffered with the economic slowdown, and some of its strongest brands such Zandu, Boroplus and Navratna are battling subdued demand. This could curb volume growth in coming quarters. Emami’s total sales for FY14 showed a 7.16 percent growth as opposed to 16.9 percent in the previous fiscal year. The company is betting on 7-8 new product launches in coming months to help boost sales, and is targeting a 16-17 percent growth. The Emami stock had traded flat for some time on the BSE, gaining just 2 percent in nine months to June 2014, before it rallied alongside other consumer goods stocks.

VIJAY MALLYA, The UB Group
#84 in 2013
Worth over $1.6 billion at his peak in 2007, liquor baron Vijay Mallya has been losing wealth over the last four years, battling to save his debt-laden and now bankrupt Kingfisher Airlines, which lost its licence to fly in October 2012. Three banks have declared Mallya to be a ‘willful defaulter’. Diageo has now acquired a controlling stake in his flagship company United Spirits. In the 2013 Forbes India Rich List, his net worth was $750 million.

ANALJIT SINGH, Max India Group
#87 in 2013
Analjit Singh owns a 40 percent stake in the health care and insurance provider, Max India. In recent months, its health insurance arm, Max Bupa, has directed its focus towards its retail operations at the cost of its corporate institution business. This has had an impact on new business premium, which fell by 9.4 percent year-on-year to Rs 29 crore in the April-June quarter of FY15. Its other venture, Max Life (focus on life insurance), is among India’s top five private insurers. But it operates in an environment which continues to be challenged by regulatory upheavals. With the government relaxing the cap on foreign investment in insurance to 49 percent from 26 percent, insurance firms will welcome increased capital inflows, but will face growing competition over the long term.


SHISHIR BAJAJ, Bajaj Hindusthan/ Bajaj Corp
#92 in 2013
For the last three years, sugar mills in Uttar Pradesh (UP) have been operating at a loss. Shishir Bajaj’s flagship firm Bajaj Hindusthan— the largest player in the market—in May 2014, declared a loss of Rs 1,533 crore for the previous 18 months. Despite that, its stock nearly tripled from February to June 2014 on the BSE in the hope that the UP state government would sort out long-pending cane pricing issues. But with no government intervention, the firm’s stock value dropped from Rs 31.6 in June this year to Rs 21.5 on September 5. The group’s Indian consumer goods company, Bajaj Corp, has also been languishing on the BSE, trading in the narrow range of Rs 200-Rs 220 for much of the year.

HEMENDRA KOTHARI, DSP BlackRock Investment Managers
#94 in 2013
In recent years, this veteran investment banker, whose great grandfather was one of the founders of Asia’s oldest bourse (the Bombay Stock Exchange), has seen a dip in his wealth even as his philanthropy activities have increased. Kothari, the non-executive chairman of DSP BlackRock with a 60 percent stake, has been donating much of his wealth towards wildlife conservation and social causes, including health care and education. He also funnels funds through the Hemendra Kothari Foundation (HKF) and the Wildlife Conservation Trust (WCT), where he is founder chairman and trustee. It is estimated that since 2012, Kothari has donated $2.5 million of his wealth to WCT. 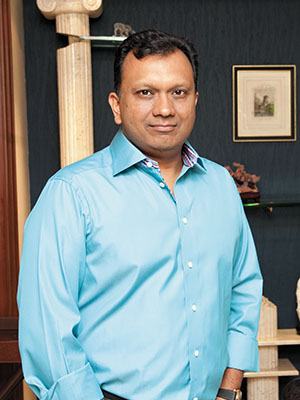 AMIT JATIA, Westlife Development
#95 in 2013
In 2009, fast food tycoon Amit Jatia had reason to be proud. That year, his family’s majority-owned Westlife Development showed profit for the first time after it entered into a JV with McDonald’s in 1994. Under a franchise, he operated the fast food chain’s outlets in West and South India.

In 2013, Jatia debuted on the Forbes India Rich List (with an estimated wealth of $665 million), but in the last two years, the slowdown has hurt urban consumer spending—a key revenue source for the company. Westlife reported a net loss of Rs 1.34 crore and lower revenues in the first quarter of FY2015.
Image: Vikas Khot


SHOBHANA BHARTIA, HT Media
#98 in 2013
Decline in English advertisement revenue, rise in imported newsprint prices and a flailing digital business have been a dampener for the media and publishing group over the last year. HT Media’s digital ventures—which include job portal Shine.com, HT Mobile and HTCampus.com, among others—saw losses rise by nearly 10 percent to Rs 42.51 crore in the 12 months to March 2014. Though the outlook for its regional (Hindi) business division is positive, English advertisement growth remains sluggish. Low dividend payout also continues to be a key concern.

JOY ALUKKAS, Joyalukkas Group
#99 in 2013
Business for most gold retailers has failed to match the sparkle of 2013 as the precious metal lost much of its lustre globally: Prices have fallen by one-fifth, from a record high of Rs 35,074 per 10 grams on August 28, 2013, to Rs 27,461 per 10 grams as of September 5, 2014. Demand, too, has dropped. Retailers like Joy Alukkas offered BMWs in lucky draws to attract people to buy gold in the lean monsoon season of 2014. The government’s largely restrictive policy towards gold imports combined with rebounding equities and property markets could keep trade sluggish in the coming months. In the last two years, Alukkas has been looking beyond gold. He now runs a luxury air charter, a money exchange venture and has set up a chain of malls in South India.

ATUL & SAGAR CHORDIA, Panchshil Realty
#100 in 2013
The Chordia brothers are behind some of Pune’s most luxurious and high-profile buildings, including the under-construction Trump Tower, a JW Marriott Hotel and the World Trade Center Pune. And while the city’s real estate market is rapidly expanding, luxury housing, a key domain for Panchshil Realty, is still a niche and evolving market.